The Micro LED roadmap is now a lot clearer 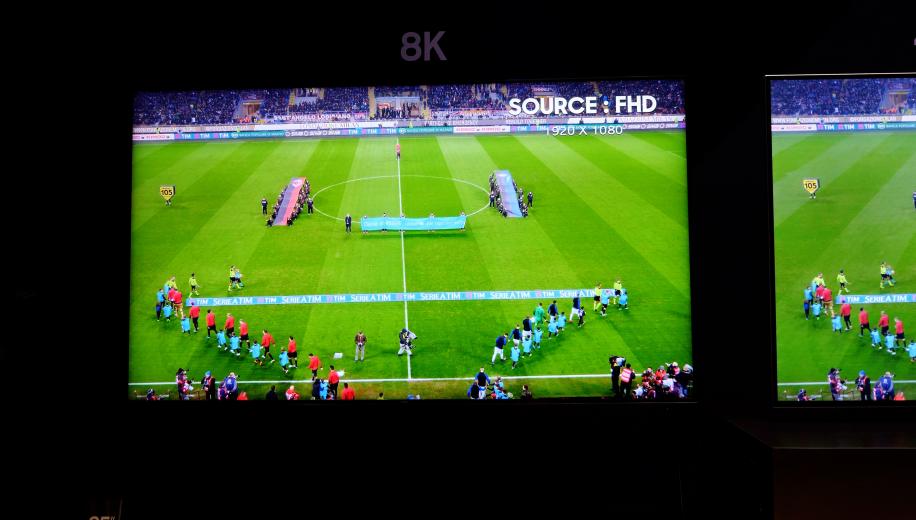 Samsung caused quite a sir when they demonstrated 'The Wall' at their CES 2018 First Look event.
It was the world's first modular TV but more importantly it also used self-emmisive Micro LED panels. That meant every single pixel in the 146" screen was composed of red, green and blue LEDs. This has clearly been Samsung's endgame for the last few years, ever since they abandoned development of their own version of OLED. The adoption of their QLED range of LED LCD TVs last year was obviously meant to be a stop-gap and the same will be true in 2018 but the manufacturer finally laid out their Micro LED roadmap, with the promise of actual consumer sets in the 'near future'.

There have been conflicting reports from CES, with some suggesting that Samsung plan to release Micro LED sets next year or even later this year. However in a private closed door session with Samsung, they actually said that Micro LED would arrive in the 'near future'. When pressed for a more specific timescale they said anywhere between one and nine years but wouldn't be drawn into anything specific. The reason for their reluctance to commit, is that they are still evaluating the best way to deliver the key benefits of Micro LED, which include absolute blacks, wider colour gamuts and very high brightness.

Samsung are still testing which combination works best for Micro LED, so it could be delivered using a blue LED in each pixel and quantum dot red, green and blue filters. Alternatively Samsung might go for the full self-emissive option of red, green and blue quantum LEDs in each pixel. Ultimately the approach that Samsung take will depend on factors like production costs and yields, the desired colour gamut and the peak brightness. However once they are able to deliver Micro LED in a cost-effective manner, the technology will be a genuine game changer.

Why is it a game changer? Well Micro LED can theoretically deliver deep blacks, a peak brightness of 10,000nits and the full Rec.2020 colour gamut. OLED currently offers the best picture quality but is unlikely to ever deliver a peak brightness of more than 1,000nits. It also has possible image retention, screen burn and lifespan issues, none of which would affect a Micro LED screen. So Samsung are obviously keen to get Micro LED to the point where they can produce the panels at a sensible price.

The modular nature of the 'The Wall' also means that you could theoretically create a screen of any size or aspect ratio. Samsung wouldn't comment on the resolution or size of the modules but the 146-inch version at the show had a resolution of 4K, which suggests Samsung have a way to go before they can deliver a planned 75-inch 4K Micro LED screen.

In the meantime there will be a new flagship model that uses an 8K panel and micro-array local dimming. Once again Samsung wouldn't comment on the exact number of zones, other than to say it was over 10,000 but the new TV will be able to deliver 4,000nits of peak brightness and 100% of DCI-P3, so that means the TV will be able to tone map almost all current high dynamic range content on a 1:1 basis.

You might be wondering why Samsung are using an 8K panel when there is no native 8K content and, in the absence of HDMI 2.1, it couldn't accept an 8K signal even if there was one available. However the manufacturers often begin offering TVs with higher resolutions before the native content is available, just think of all the 4K TVs that were released before there was any 4K content. Samsung believe that the extra resolution and their AI (Artificial Intelligence) upscaling can deliver superior upscaled images. The processor will analyse the incoming signal and, using a database of images, it will upscale the content. The AI aspect is that the processor learns and expands the database over time, to deliver even better scaling. The result will be a TV that delivers detail creation, edge resolution, noise reduction and jaggy free images.

Samsung's new flagship TV boasts an improved optical design, with a dynamic peaking drive to deliver better peak luminance, superior blacks and less blooming. There is also phase deviation to improve off-axis performance, along with a black layer and an anti-reflection layer. The TV analyses the content through scene classification and there's a separately controlled greyscale to minimise blooming. Samsung showed a scene from La La Land on their new TV and also on an OLED and the dark scenes looked very impressive, easily the equal of the OLED and the off-axis performance was vastly superior to previous Samsung models. When the scene became brighter, the blacks weren't as good as the OLED but the overall image was brighter, with the Samsung able to deliver a much higher APL.

However the lack of blooming was impressive and whilst it might still be an LCD TV, it was easily the best picture I have ever seen from an LCD TV. Samsung may be going to extraordinary lengths to essentially mimic the performance of an OLED but the results were there to see. The new TV will also include an AutoCal feature for use with CalMAN and Samsung have added controls for adjusting the CMS (colour management system) at 50%, 75% and 100%. Samsung also plan to add a number of features that include support for eARC (enhanced audio return channel) and VRR (Variable Refresh Rate) with an input lag of just 15ms, which is great news for gamers.

Finally the new TV supports HDR10+, which adds dynamic metadata to the HDR signal, thus allowing for an improved experience on less capable TVs. Somewhat ironically, the TV that Samsung were using for the demo was actually very good in terms of HDR, so the benefits of dynamic metadata were rather limited. However HDR10+ has been added to the 4K Ultra HD Blu-ray specs and owners of Samsung's UBD-M9500 and UBD-M9000 players will be delighted to discover that the company plans to update them to HDR10+ later in the year.