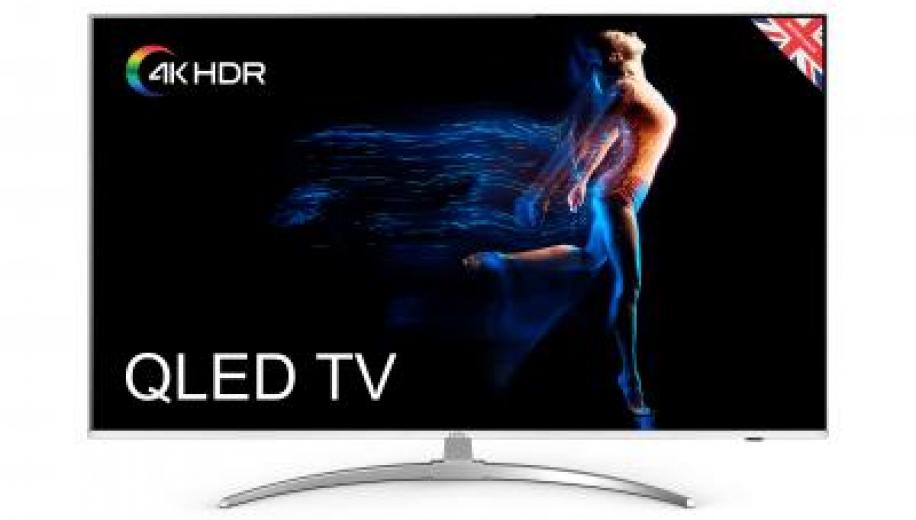 Today Cello has announced a brand new 4K QLED 55" TV with HDR10. The British brand continues to create TVs that attempt to rival the likes of LG and Samsung on performance, whilst beating them on price.

QLED (Quantum Dot Light Emitting Diode) TVs have tiny particles, between 2 and 10 nanometers. Combined with other materials they display different colours, according to their size. This makes QLED TVs capable of brighter, more vibrant and more varied colours. QLED technology really helps to make HDR content stand out thanks, in part, to the impressive brightness the TVs can achieve. Cello's new TV tries to grab a slice of the QLED market, which Samsung currently dominates.

QLEDs technology really helps to make HDR content stand out thanks, in part, to the impressive brightness the TVs can achieve.

Debuting on this TV is Cello Play. Cello claims it allows access to the IMDb as well as integration between traditional TV channels and other video player apps such as iPlayer, YouTube, ITV Hub, All4, MY5 and UKTVPlay. Cello play provides programme information allowing users to move up to seven days, back and forwards, through the EPG.

The new Smart TV features available on the Cello QLED run on Android 7 Nougat, including capabilities such as 4K casting, multiple video app account access and live TV pause support from USB. The QLED TV enables instant access to the wide range of Android apps and functionality in the App Store, such as SkyGo, VirginGo and BT sports, showcasing how the power of smart apps augment the viewing experience.

Cello has its production line and factory in Bishop Auckland, County Durham and it's exciting to see a British brand attempting to make moves in such a competitive market. We reviewed Cello’s P50ANSMT-4K, in August 2018. Unfortunately, we found that it lacked many key features, most notably Gamma control. Android TV also wasn't very quick, especially when compared to LG's WebOS offering. Additionally, the screen suffered from poor contrast and panel uniformity issues.

Nevertheless, Cello seems confident that this model can be a strong contender in the congested, under £1000 55-inch plus, 4K TV market.

The company launched the TV on the 11th of September in London and some AVForums members also attended. They will be adding their thoughts to this thread.

The TV will be available direct from Cello as well as major online and high street retailers.