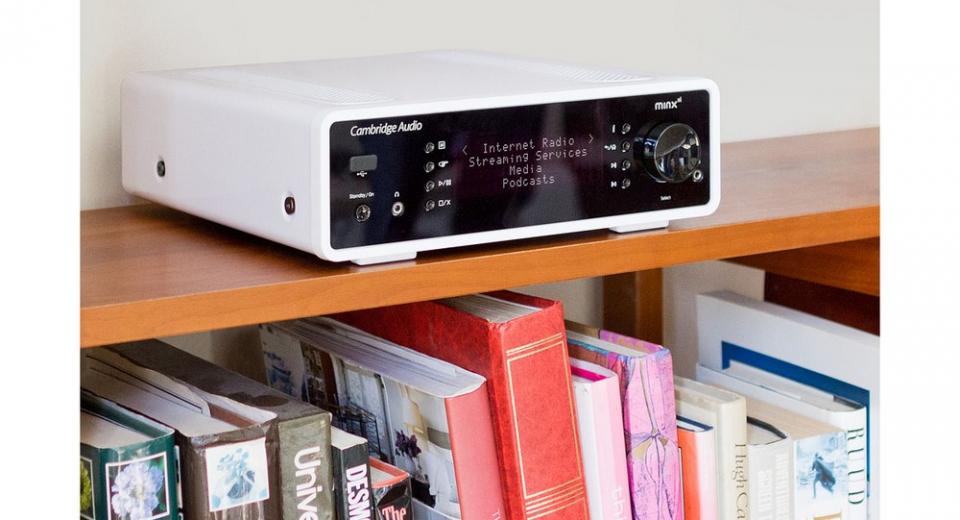 Cambridge Audio Minx Xi Streamer (2013)
SRP: £599.00
Cambridge Audio says that however you store your music, the new Minx Xi streaming digital music system plays it all and to the highest possible level of quality.

Developed by Cambridge in their London HQ, the Minx Xi allows you to stream music from a smartphone or tablet, via Bluetooth, play high resolution music stored on your home network, tune into your favourite radio stations, plus, there’s built-in support for streaming services including BBC iPlayer Radio, Pandora and Rhapsody.

Naturally, there's also an iOS and Android app as a control option too.

.
As well as streaming music by Bluetooth, wireless or wired network connectivity, you can also hook up set-top boxes and games consoles to the digital inputs, plug in local media to the two USB inputs, or connect devices to the three analogue sockets.

The two USB sockets will also charge phones and tablets and, in addition, you can add a subwoofer for a 2.1 system. The audio components include a Class AB amplifier, an oversized toroidal power supply and a Wolfson WM8728 24-bit/96kHz DAC.

The Minx Xi will be available next month in Richer Sounds stores nationwide priced £599.95.