Hi-Res music at your fingertips 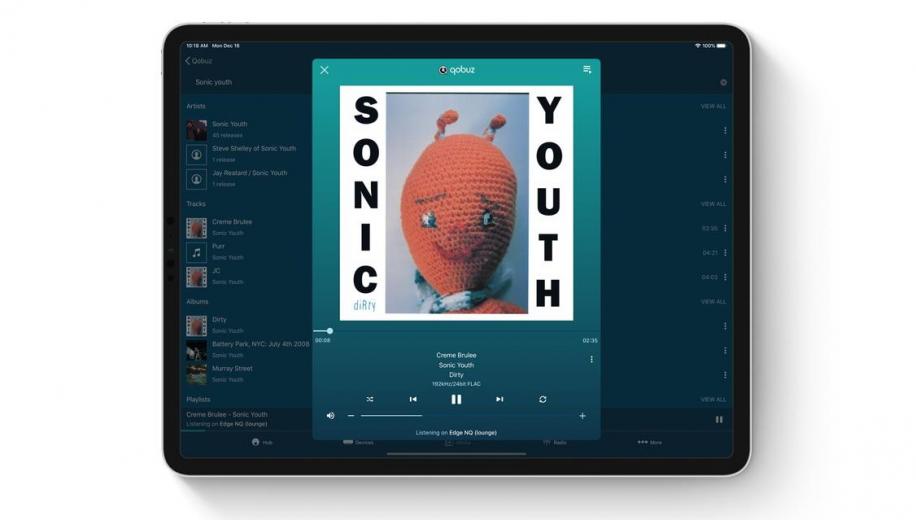 Qobuz will be integrated into the Cambridge Audio StreamMagic app which is available on both iOS and Android platforms. StreamMagic works with the company’s range of network players, providing easy navigation and control of media sources via a smartphone or tablet. Once the update is available, users of the StreamMagic app will receive notification that an over-the-air update is required and once completed, the EDGE NQ, CXN (V2) and 851N network players will have direct access to the Qobuz service.

Qobuz started life back in 2007 and soon went live in eleven European markets delivering a wide range of musical genres but, just as importantly for its fans, it supported streaming of genuine CD-quality audio with more than 40-million tracks available plus over 2 million Hi-Res tracks up to 24/192 resolution, along with exclusive editorial content independently curated by a team of experts. Qobuz launched in the US earlier in 2019.

Subscription costs for Qobuz are £24.99 per month for the top Studio tier which gives access to the Hi-Res content but there is a month’s free trial so you can fully investigate the streaming service before committing.

Cambridge Audio’s network streamers will support everything that Qobuz can throw at it from 320kbps to CD-quality up to 24-bit/192kHz.

Coming in at £3,500, the Cambridge Audio EDGE NQ is the company’s flagship streamer and features meticulous engineering to reduce interference and ensure a clean sound. EDGE can play from virtually any music source and the introduction of Qobuz takes that forward by 40 million tracks.

The mid range Azur 851N upsamples everything to 24bit/384kHz Hi-Res quality, no matter the original source and the 2nd generation Adaptive Time Filtering engine makes sure that jitter is almost completely absent.

The CXN (V2) takes the upscaling, plentiful audio sources and increased processing power and wraps them up in the most affordable product of the triumvirate at £799.

If you’re the owner of one of these network streamers from Cambridge, why not let everyone know how you get on with the added Qobuz streaming service?