Having Planted the seed, B&W turns the Page on the Zeppelin 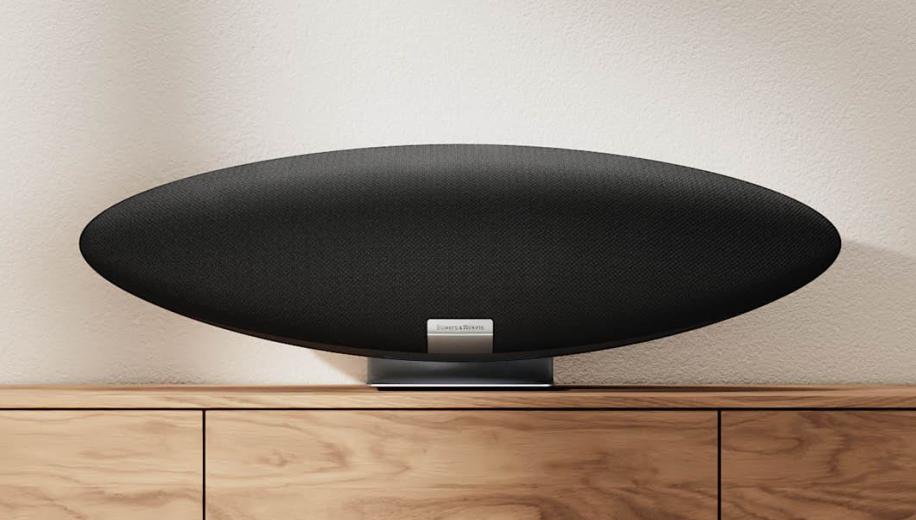 Bowers & Wilkins returns to one of its most iconic devices and re-kits it out for the streaming age.

Back in 2007, B&W released the Zeppelin, its landmark iPod dock speaker which subsequently saw a number of iterations in the form of the Zeppelin Air and Zeppelin Wireless. Now the esteemed UK speaker company is dropping the suffixes and is reverting back to the single word nom de guerre and reintroducing the Zeppelin for a new generation of music fans who are fully committed to streaming their audio.

The 2021 iteration of the Zeppelin has been reimagined with its familiar acoustically-driven shape but now incorporates smarter technology to enhance its flexibility.

Designed as a complete stereo system - there’s no option to create a stereo pair of Zeppelins, though it can be added as part of a multi room system with a future update - the  ultra rigid FEA (finite element analysis) optimised housing contains a centrally mounted 150mm subwoofer around which the dedicated left and right speaker assemblies are arranged, with minimal material around the edges of each drive unit for improved sound dispersion.

There are two 25mm aluminium Decoupled Double-Dome tweeters which have trickled down from the company’s 600 series speakers. These are mounted at the far edges of the enclosure and are fully isolated from vibrations running through the cabinet generated by the other, larger drive units.

These larger units include 90mm midrange drivers which use Bowers & Wilkins’ proprietary Fixed Suspension Transducer (FSTTM) technology which is found in all the company’s premium floor-standing speakers, including the reference 800 Series Diamond models which takes pride of place in the Abbey Road recording studios. This collection of speakers is driven by a 240W Class D amplifier with 80W allocated to the subwoofer and 40 watts to each of the other drivers. Bowers & Wilkins reckons the new Zeppelin creates a wide, accurate and room-filling stereo sound that no other single-box product can match.

The new Zeppelin combines these drivers with a new high resolution streaming platform which supports 24 / 96 quality (the DAC itself is 24bit / 192kHz) and uses the B&W Music App for control and connection to wirelessly connected sources or streaming services.

The app gives instant access to popular streaming services including Deezer, Qobuz, TIDAL, Last.fm, Soundcloud, and TuneIn with more services to be regularly added. B&W has indicated that it will be a launch partner for Spotify HiFi. For now though, Spotify Connect is included and aptX Adaptive Bluetooth makes the Zeppelin suitable for Android users while AirPlay 2 will satisfy those wedded to the iOS ecosystem.

The new Zeppelin is the first of its name to have Alexa built-in, so there is no need for any external device to enable voice control. Those preferring hands on control will find a selection of buttons on the top rear of the enclosure to that end.

As a wireless only optimised device, there are no hardware connection options and B&W is planning to update the Zeppelin to support multi room connectivity, either with other Zeppelin devices or with the addition of Bowers & Wilkins own Formation range of high-resolution wireless speakers. This OTA firmware update is due in 2022 and further feature additions may well take advantage of the device’s included microphones, though nothing has been confirmed as yet.

The new Zeppelin is available in two finishes, Midnight Grey or Pearl Grey  and includes switchable, dimmable ambient lighting to create a ‘halo’ lighting effect on to its metal pedestal stand. An optional wall mount is also available.