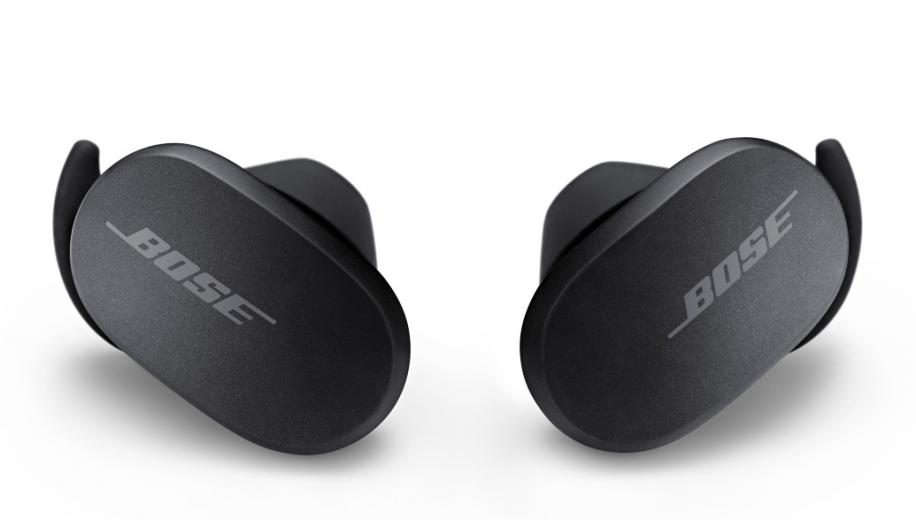 Bose’s latest true wireless earphones have faced a long and winding road to get here but the QuietComfort Earbuds and Sports Earbuds have finally arrived.

Last year, Bose announced two new sets of true wireless earbuds, the Noise Cancelling Earbuds 700 and the more sports oriented Earbuds 500. Since then, Bose fans have been waiting patiently for these to hit the market. Now, over a year later, it appears that the earbuds formerly known as ‘700’ have adopted the Bose QuietComfort Earbuds moniker and will finally be released on September 29th while the Earbuds 500 become the Sports Earbuds and are due to arrive on the same date.

Convoluted release schedule aside, what have the new models got to offer? Seen as challengers to the AirPods Pro, the QuietComfort Earbuds adopt an inch long, lozenge shape bud, each weighing in at 85 grammes and featuring proprietary noise cancelling to allow complete separation from ambient disturbances.

Meanwhile the Bose press release states the Sports Earbuds have been “entirely re-engineered to produce amazing sound from smaller, slimmer enclosures that stay securely in place” which could certainly explain the lengthy delay.

The QuietComfort Earbuds' ANC feature is built around multiple microphones that send extraneous noise to a proprietary electronic chip loaded with an exclusive new algorithm. This calculates the precise, equal, and opposite audio signal in less than a fraction of a millisecond which then enacts the noise cancelling. Bose claim exclusivity on its method which is further enhanced by the availability of eleven different noise control settings ranging from transparent to full noise cancelling, so it’s possible to select just how much ambient interaction you want.

The ANC is further augmented by passive noise filtering in the form of Bose’s new StayHear Max tips that extend backwards into the user's ear to increase stability and create a soft-yet tight seal to physically block unwanted sounds.

Designed for faithful reproduction of music, the QC Earbuds eschew manufactured “boosts” in select frequencies while retaining a strong bass response. Dialogue in podcasts, movies, news and weather remains natural and, while on a call, the earbuds isolate your voice from ambient interference such as wind to enable a clearer conversation.

The QuietComfort Earbuds have 18 hours of total listening time - 6 hours fully charged and an additional 12 using the charging case. They have a matte finish with metallic and gloss accents and come in two colors: Triple Black and Soapstone.

Separately, the Bose Sport Earbuds are available in Triple Black, Baltic Blue, and Glacier White colours and manage a total of 15 hours of playback, including 5 hours of onboard charge and an additional 10 from the charging case.

The Sports Earbuds feature an entirely new acoustic system using a high-efficiency driver, proprietary port design, and volume-optimized EQ for clear, powerful performance. The buds benefit too by attaching to the new StayHear Max tip -  and nothing else, which ‘locks’ them into place during periods of exertion.

Both the QuietComfort Earbuds and Sports Earbuds use Bluetooth 5.1, precisely placed antennae, and a new data transfer method for fewer dropouts. And IPX4 rating means they’re both able to resist sweat and water.

Control for both models is available via simple on-bud touch controls for the most common commands like play and pause, answer and end calls but there’s also access to hands free control via access to a virtual assistant, and there’s compatibility with the free Bose Music app available for iOS and Android devices.