Still Got The BluOS 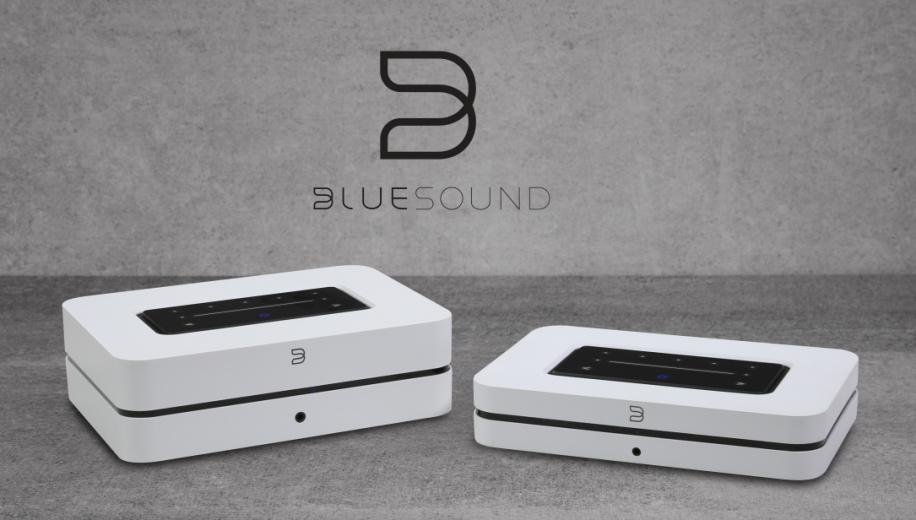 The Node music streamer and Powernode streaming amplifier from audio specialist Bluesound’s lineup of wireless multi-room audio players, have been given a next generation makeover.

Both devices now feature a powerful ARM Cortex A53 Quad-Core chipset that processes audio up to eight times faster than in previous generations of the Bluesound architecture, giving the Node and Powernode a degree of future proofing too.

The Powernode gets a boost from the 60W per channel of the previous Powernode 2i to 80W per channel into 8 ohms, courtesy of its new audiophile-grade HybridDigital amplifier, thus it's simply a case of just adding your favourite speakers to get up and running. Meanwhile, pairing the Node with a set of powered speakers will get your listening session underway.

A brand new 32-bit/384kHz premium DAC design added to both the Node and the Powernode means support for both 24-bit/192kHz Hi-Res audio processing and also MQA for studio-quality listening.

The BluOs Controller app for iOS, Android, Mac or PC will grant access to hundreds of internet radio stations and dozens of streaming music services including Spotify, Tidal and Qobuz while listeners can tap into their own music library on mobile devices using Apple AirPlay 2 and aptX HD Bluetooth or even from a network-connected drive or USB hard drive via Gigabit LAN or dual band Wi-Fi.

And with a mix of digital and analogue inputs and outputs available across the Node and Powernode including RCA, Toslink optical, 3.5mm jack and USB Type A connectors, it’s possible to get your audio to the Bluesound player of your choice from almost any source, including TV with the HDMI eARC port. There’s wired and wireless subwoofer and headphone connectivity on offer too.

Once the music source is connected, the BluOS streaming platform can send audio to any room around the house ensuring a multi room experience in 24-bit Hi-Res audio on a growing multitude of brands and devices which use the BluOS platform.

As well as using the BluOS Controller app, quick access controls like play/pause, track skipping and volume are available as touch panel controls, via voice assistants like Apple’s Siri, Amazon Alexa or Google Voice, as well as by programming your own IR remote or using the optional Bluesound RC1. The new touch panel control features 5 presets as well as a proximity sensor to detect when the listener is approaching the device.

Matt Simmonds, Bluesound Product Manager, explained, “Since the beginning, Bluesound has set out to provide a modern hi-res multi-room streaming experience for customers who care about audio quality.” He went on, “We have seen the NODE and POWERNODE quickly become the go-to streaming components for discerning music lovers, because of our focus on high quality listening and on the software features that make the products (…) even better over time.”

Available with an easy-to-clean satin finish in either black or white, the NODE will retail for £549 / $549 and the POWERNODE for £849 / $899 with pre-orders being taken and shipping beginning in June.