Will customers like the sound of these or be left feeling blue? 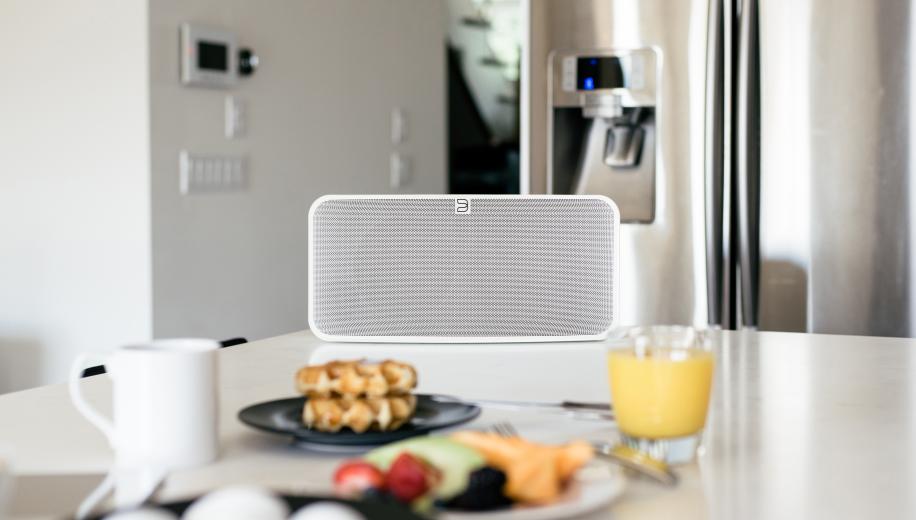 Bluesound PULSE 2i Hi-Fi Speaker (2018)
SRP: £749.00
Bluesound have announced seven new Gen 2i devices, as well as an update to their BlueOS. The new models are; the NODE 2i, POWERNODE 2i, VAULT 2i, PULSE 2i, PULSE MINI 2i, PULSE FLEX 2, and PULSE SOUNDBAR 2i. The company's PULSE SUB has not seen an update.
All Gen 2i models are getting AirPlay 2 via an update later this year. AirPlay 2 allows iPhone, iPad, or Mac users to send almost any audio to their Bluesound system, all in sync. So, as well as streaming music, audiobooks and podcasts from their Apple device, customers can watch videos and films while sending the movie audio through to their Gen 2i Player, for enhanced sound quality.

When AirPlay 2 arrives it will also give users the option to use Siri. Once a user has added their Gen 2i Player to the Apple Home App, Apple Music subscribers can use their iOS device or HomePod to say things like: “Hey Siri, play smooth jazz in the living room” or “Hey Siri, turn it up in the kitchen.” Bluesound has also announced that grouping a Gen 2i Player with older Bluesound Players in the BluOS App means existing customers can add AirPlay 2 compatibility to their entire BluOS system.

AirPlay isn't the only new connectivity featured in Gen 2i devices. The new devices, except for the Bluesound PULSE FLEX 2i, are getting two-way Bluetooth, featuring both Receive and Transmit functionality. Receive capability allows users to wirelessly stream from their device to a Bluesound Player just like they're used to doing with Gen 2. The Transmit capability means the user can now use their Bluesound Gen 2i Player as a source, sending what they are listening to, to a pair of wireless headphones.

As well as two-way Bluetooth, the new players come with aptX HD Bluetooth support, which is good for Android users. The aptX HD codec supports 24bit/48kHz audio over Bluetooth and has been engineered to improve the signal-to-noise ratio, resulting in lower background noise. This is on all players except for the PULSE FLEX 2i, which supports vanilla aptX Bluetooth.

The new devices also get a nice upgrade to Wi-Fi 5 (802.11ac) dual-band. This should help with connectivity issues, especially for those living in apartments with lots of competing 2.4GHz signals. Bluesound also claim that their digital amplifiers in the PULSE 2i and PULSE MINI 2i effectively double the available power used to drive these speakers. The PULSE 2i and PULSE MINI 2i also feature DSP settings like Wide Mode, Late Night and Dialogue. The POWERNODE 2i now features two TOSLINK/3.5mm optical and analog inputs while the PULSE SOUNDBAR 2i now includes HDMI ARC and eARC.

All Bluesound models feature the BluOS music management system that connects, organizes and controls a user's music. Users can choose music from their favorite streaming service or from a music library connected to their network. Bluesound integrates all these sources and sends the music to every room in the home.

All BluOS users, including Bluesound users, should receive an update to their appropriate devices and app on October 1, 2018. The new BluOS 3.0 release will include the plumbing for BluOS to work with Amazon’s Alexa voice assistant, with the corresponding library of skills to launch soon.

The company will be hoping that their new devices will give consumers a reason to choose Bluesound over the likes of Sonos. Bluesound will also hope that the inclusion of Siri, as well as Amazon Alexa support, will mean customers don't shift away from their products towards Amazon and Apple's own offerings since these companies, as well as Google, are pushing hard into the smart home, multi-room audio market as a way of disseminating their voice assistants.

As before, all Gen 2i models will be offered in a choice of black or white finishes. All models are available now, with the exception of the PULSE SOUNDBAR 2i, which will follow in November.