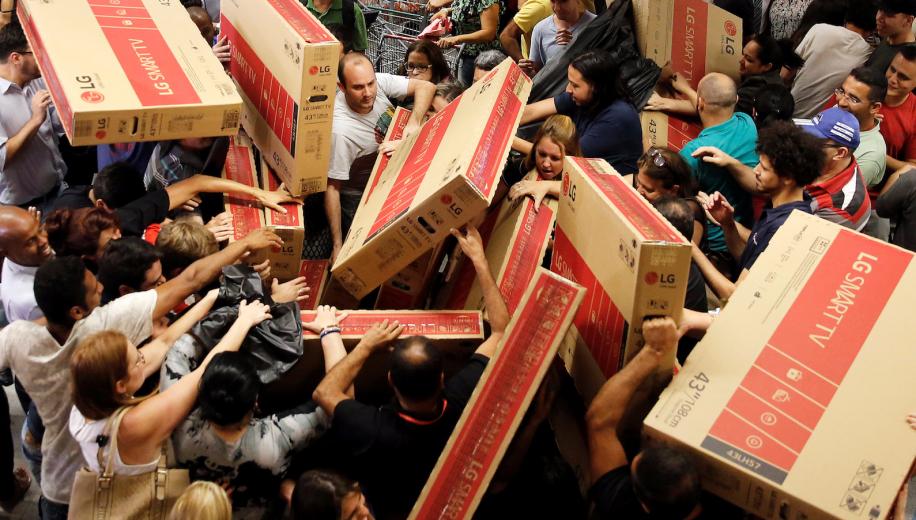 Black Friday is no longer a one day event it’s become a mini season, all of its own, where retailers get the chance to promote discounts and bargains over a sustained period in the run up to Christmas. It also happens to coincide with the time most are receiving their final pay packets prior to the Festive Season.
Black Friday 2018 is almost here. Whilst we don't have prices for many of the biggest sales we have a guide for how to be prepared for the big day.

Over the past decade, Black Friday has gone from being a non-entity in the UK to something that almost all of the big retailers take part in. Many of these retailers have started to release their prices only once the ‘sale’ starts.

As well as this, many shops have Black Friday weekends, weeks or even fortnights worth of sales. For this reason you shouldn't see Black Friday as a ‘one day event’. Rather, it’s a pre-Christmas sale.

Gaming, TVs and cameras are often heavily discounted on Black Friday so gamers should expect to see discounts on the PS4, Xbox One and Nintendo Switch again this year. Bundle deals, of a console and several games, are also very popular.


The Big Retailers For Big Deals

The big deals will usually come from the biggest shops. Amazon is always a big Black Friday player. However, high street shops such as Currys, Argos, John Lewis as well as other online retailers such as Very and AO all offer big discounts. Most of the major supermarkets hold Black Friday sales.

Amazon almost always heavily discount their own hardware for Black Friday and Prime Day. For this reason, we wouldn't be surprised to see the retail giant price-match the big discounts they had, earlier this year, for Prime Day 2018.

The focus of Cyber Monday, which is the 27th November this year, is supposedly on ‘technology’ products although, given the extended nature of proceedings now, there will be good savings on tablets, smartphones, games and consoles throughout the Black Friday period and even Hi-Fi retailers aren’t immune to the lure of getting in on the discounting action.

Despite the fact that there is a lot of unfounded (retailer generated) hype surrounding the Black Friday bonanza, as far as AVForums members are concerned, there are some genuinely good deals to be had. We are expecting some generous discounting on OLED, 4K and HDR TVs, Blu-ray and Ultra HD Blu-ray players, AV Receivers, Soundbars, Speakers and Media Streamers, among other things.