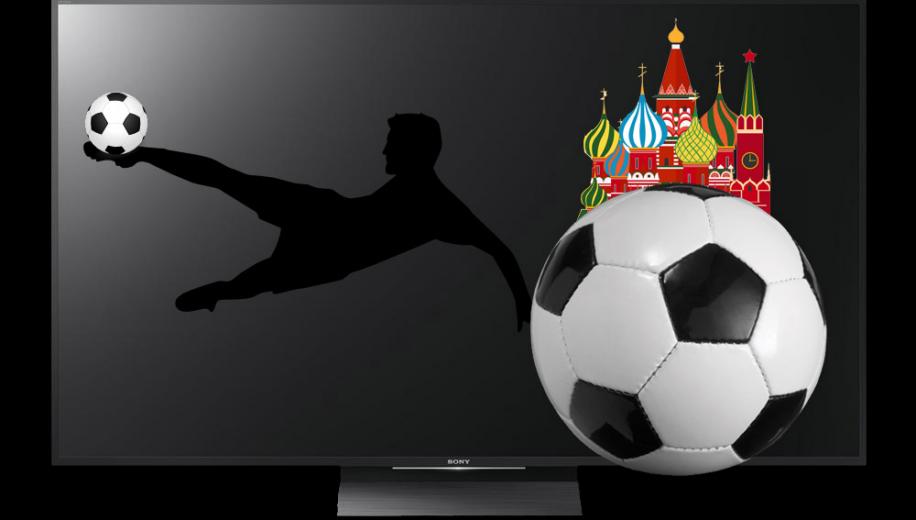 One of the primary reasons why people upgrade their TVs is for major sporting events and, in particular, World Cup football so it’s understandable that manufacturers undertake such major marketing campaigns in the weeks leading up to the tournament.


The time window for buying a particular TV used to typically be from April, one year, until the early months of the following but the last couple of years has seen a slight shift in those timelines, for a variety of reasons, with some manufacturers even maintaining a model for well over 12 months. The upshot of this is that, despite World Cup 2018 being held over June and July there are still 2017 – and even 2016 – TVs available to buy now.

While a lot of focus in TV reviews is placed on the watching of movies, for many it’s the performance with sports content that is of primary importance, in particular how a given television processes on-screen motion so our picks will be aces in this department. The Samsung QE65Q9FN is the 65-inch version of the company's flagship QLED 4K TV for 2018, it also comes in 55” and 75” versions. The motion handling on the Q9FN was excellent and the TV performed extremely well in our tests. There was no visible judder with 25p or 50i content -which are the formats the games will be broadcasted in for the UK – and, overall, l the Q9FN was one of the best LCD TVs that we have tested in terms of motion and is also better than many of the OLED TVs that I have tested to date. If you’re not satisfied with the ‘native’ motion handling of the Q9FN, there are further options for interpolation although default Auto setting introduces the 'soap opera effect' (SOE) to motion, so we would recommend either turning it off or using the Custom mode. The latter gives you the ability to adjust Judder and Blur Reduction to suit your personal tastes, and it gives you the option to turn on the LED Clear Motion setting. This is a black frame insertion (BFI) mode, which proved very effective at improving the motion handling without creating SOE or noticeable flicker. The addition of black frames does darken the picture but that's no problem on a TV as bright as the Q9FN, and you can simply turn up the backlight to compensate. The Sony ZD9 is one of those TVs we mentioned above given an extended shel-life and it’s with good reason as it’s still a knock-out performer. The ZD9 has been available since 2016 but still fulfils its duties as a flagship set. The ZD9 is available in big-screen sizes only with options of 65-, 75- and 100-inches. We’ve long admired the motion handling of Sony TVs and the ZD9 is another great performer here. The big selling point of the ZD9 is the Backlight Master Drive with its 646 zones and over 1,800 nits of peak brightness. The local dimming is excellent and the ZD9 can deliver superb images with both standard and high dynamic range content. The screen uniformity was excellent, with no obvious clouding, tinting or dirty screen effect, too, and Sony’s MotionFlow processing is capable of cleaning up Judder and Blur through a variety of options and settings. There’s even a Black Frame Insertion mode although you need to be careful with that one if you’re sensitive to flicker. LG’s B7 OLED is a 2017 model but, at the time of publishing, still readily available to buy with prices beginning at around £1499 for the 55-inch model – there’s a 65-incher too. Pertinently here, perhaps the subject that generates the most debate with this TV as different people perceive motion differently and we actually thought the motion on the B7 was very good, with football and other fast paced sports appearing very watchable without TruMotion engaged. However, we do appreciate that some people struggle with any form of judder and using the TruMotion feature will increase motion resolution to nearer 1000 lines with either the Clear or Smooth settings. This will introduce excessive smoothing and the dreaded 'soap opera effect' but this won't necessarily be an issue with sports content. Again, we’d probably advise experimentation with the de-judder and blur settings in the menu. As things currently stand no other Ultra HD 4K OLED TV offers such a winning combination of features, performance and price, making the B7 a definite Best Buy. Although the ZD9 will remain Sony's flagship LED LCD TV for the third year in a row, the BRAVIA XF9005 will be the top end LCD screen released in 2018. This new model is particularly interesting because, unlike last year's XE9005, it now includes the X1 Extreme processor, which means that it will also be upgraded to Dolby Vision later in the year... we hope. The XF9005 also uses a full array backlight with local dimming and now includes X-Motion Clarity that combines black frame insertion with the backlight to deliver smoother motion without adversely affecting the overall brightness of the screen, which is a definite boon as far as the football is concerned. In other good news, the iPlayer version is compatible with the BBC HLG HDR streams, if you can grab one of the limited places. At first glance the features and specifications of the LG C8 might seem very similar to the B7 above but there are differences. For one, this new Ultra HD OLED TV boasts the Alpha 9 intelligent processor, and with it comes new features such as de-contouring, black frame insertion and auto-calibration. In addition there's the excellent Dynamic Tone Mapping feature which, whilst not new, now has its own control rather than being hidden away in the menus. LG's WebOS Smart TV platform remains the best and most influential system in the industry and, frankly, leaves the Android based systems for dust. Quite simply, the LG C8 provided us with some of the best images we've ever seen on a TV and there are few better ways in which you could experience the action from Russia, back home. Although the A1 remains Sony's flagship OLED TV for 2018, the AF8 has all the same picture features as the A1 with the X1 Extreme Processor, Wide Colour Gamut (WCG) and support for High Dynamic Range (HDR10, Hybrid Log-Gamma and Dolby Vision). It also includes the Android Smart TV platform and the Acoustic Surface which uses the OLED panel itself as a giant speaker, improving the sound quality and eliminating the need for visible drivers. The only real difference between the A1 and AF8 is in the form factor with the new model dropping the easel stand of the A1 for a simplified chassis that isn't at an incline and using two woofers rather than one large one. The AF8 is also compatible with the BBC 4K HDR iPlayer games and we can tell you it looks outstanding when showing the recent trials carried out by the BBC.