Feel the sound like you were in the ground. 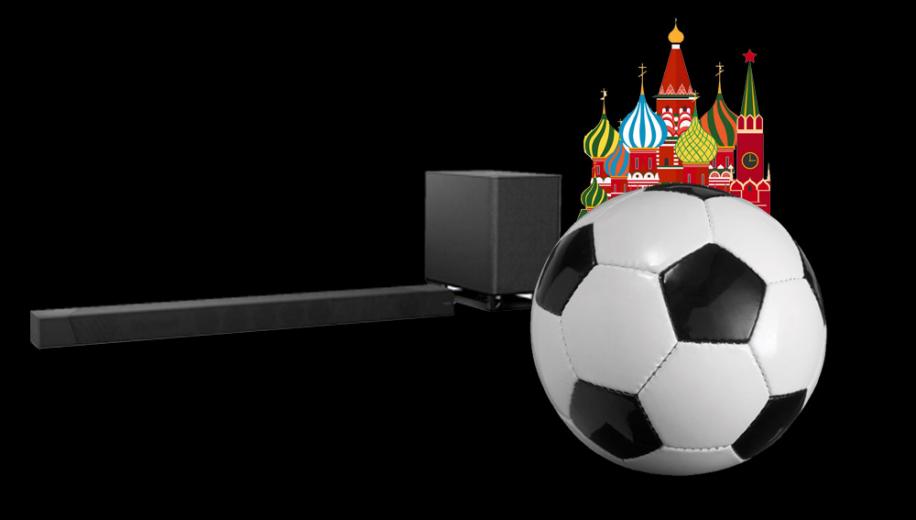 While there’s a lot of emphasis placed on how good – or bad - our Football looks on a TV or projector, there isn’t quite so much attention paid to how it sounds and, let’s face it, the atmosphere inside a stadium is a major element of the spectacle.
One convenient – and relatively inexpensive – solution is to augment the, often woeful, speakers built in to your television with the addition of a soundbar – or soundbase – which you can just sit in front or underneath your display. Soundbars have come a long way, sonically, since their initial emergence to market with some even rivalling more traditional speaker solutions, especially for sport where some of the sound-modes offer some convincing stadium-like modes.

Q Acoustics have built themselves a strong reputation for producing high quality, great sounding speakers that offer exceptional value for money and the M3 is no exception to that, especially at its current price of around £270. It doesn’t claim to be able to replace your 5.1 sound system or rival a full home cinema system, it doesn’t even offer any surround sound, instead it aims to deliver high quality audio that is better than that provided by your existing TV. We are not dealing with a product that wants to replace a home cinema or a dedicated two-channel stereo set up. Nope, this is purely a product to replace those awful speakers on your TV without any complicated wiring or additional speakers all over the living room. As such the M3 does exactly what is says it will and does it to a very pleasing standard indeed.

Where the Q Acoustics keeps it nice and simple the Sony HT-ST5000 is the state-of-the-art in the soundbar world for its compatibility with all the latest audio video formats, so it will see you right well after the final ball is kicked. Thanks to upward-firing drivers and their S-Force PRO front surround technology, Sony promises a full 7.1.2 channel experience from a single soundbar. There's also a wireless subwoofer to add greater low-end impact, along with three HDMI inputs and an HDMI output that all support 4K, HDR and HDCP 2.2. If that wasn't enough there's also Chromecast built-in and the Sony even works with Google Home. That's an impressive set features, although such state-of-the-art performance doesn't come cheap and as a result the ST5000 has a price of around £1,499. It’s in the mid-range where the ST5000 really delivers, which promises excellent stadium effects while some of the processing options will give a greater sense of separation in the crowd. It’s not cheap but it is future-proofed like very few others. Sitting somewhere between the previous two recommendations, price-wise, is the Sonos Playbar. Sonos, of course, made its name in the multiroom speaker market so why wouldn’t it have designs on your living room – specifically that little free spot of space in front of the telly. The nine speakers (three tweeters and six mid-woofers) are designed in a phased speaker array which delivers better directionality and a wider sound stag than most. That in conjunction with the Trueplay calibration feature mean you can sit anywhere in the room and not really notice a reduction in the audio quality, which is a boon if you’ve people round watching the game with you. What you get for the £699 is a premium product. One that offers an effortless install and setup, excellent build quality, a design that is both simple and stunning and an app that has clearly been developed over time to give you the best interface Sonos can provide. And, naturally, if you’re already invested in the Sonos ecosystem, the Playbar makes even more sense.
To comment on what you've read here, click the Discussion tab and post a reply.
News Discussion (13)