Whether it's 4K or Faux-K the performance is impressive 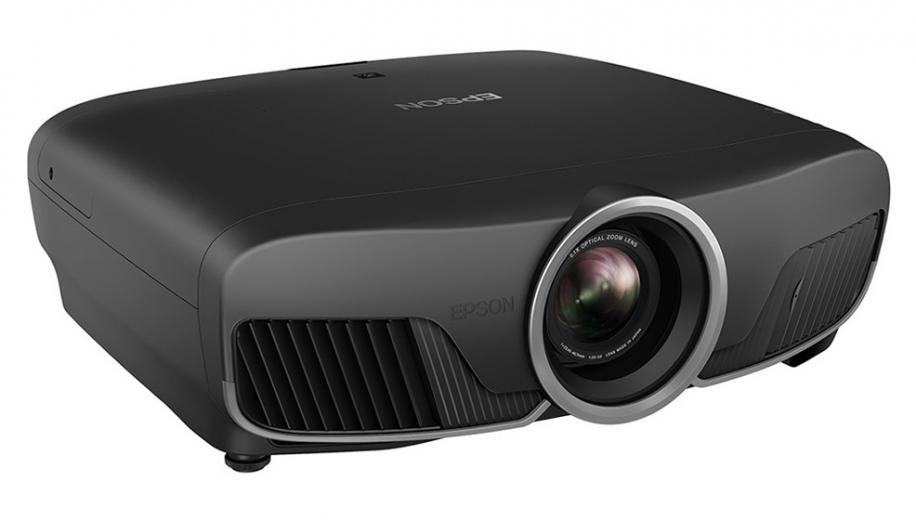 It has been another strong year for the projector market, with a number of excellent new models being launched.
Whilst Sony remains the only manufacturer to offer native 4K projectors in the sub-£10,000 price bracket, the Japanese giant has tried to bring down the cost of their SXRD models. This is doubtless due to increased competition from JVC with their D-ILA range, Epson and their LCD models and new DLP projectors from the likes of Acer, BenQ and Optoma. Sony might still have a monopoly on native 4K projectors but, as we'll see, resolution isn't everything and the High Dynamic Range (HDR) performance of projectors in general is improving all the time. So let's take a look at the best projectors in terms of value and performance that we reviewed this year. BenQ have created a niche for themselves making competitively priced little Full HD DLP projectors that meet the needs of those looking for their first big screen experience. The W1090 is a great example and at a price of only £600 it's something of a bargain as well. The projector delivers a good performance as an all-rounder that is aimed at the typical living room and is designed to offer big screen gaming, sports viewing and 2D and 3D movies. It has the typical poor black levels you'd expect from a DLP projector but place the W1090 in a normal living room with light coloured walls and ceiling, along with the curtains drawn and a little ambient light, and you'll get the best out of it. The images are bright and colourful, yet accurate and lifelike, whilst motion is excellent for most content and the W1090 excels at 3D playback. There's also a low input lag time of just 33ms making this a great projector for some big screen gaming, whilst that superb motion with football or other sports makes the BenQ W1090 a little star overall. The Epson EH-TW9300 has already picked up our Editor's Choice Award for the Best Projector under £3,000 so it shouldn't be a surprise to find it on this list too. The TW9300 is the very definition of a Best Buy with a host of features and an impressive performance for just £2,999. For that you get full compatibility with Ultra HD Blu-ray (and other 4K sources) thanks to Epson's 4K enhancement feature and superb sharpness from its high quality lens. There's excellent EOTF PQ curve accuracy for HDR that lends a convincing dynamic range to images, plus accurate colours out to the DCI-P3 standard thanks to Epson's cinema filter. In the Rec.709 picture preset the accuracy out of the box is excellent with superb coverage of the greyscale and colour gamut, so normal Blu-rays can also be enjoyed as they were intended. Once you add in fully motorised lens controls for focus, zoom and shift along with a lens memory function for scope screens, and a motorised lens cover, you can start to see just why the Epson TW9300 is such a bargain at the price point. Quite frankly nothing comes close in terms of performance, features and value, making the Epson EH-TW9300 an obvious choice for our list of the Best Buy Projectors of 2017. The UHD65 is the first 4K DLP projector from Optoma and joins a highly competitive segment of the market, sandwiched between the excellent Epson EH-TW9300 and the equally impressive JVC DLA-X5900. Whilst those models are better suited to a dedicated room, if you have a normal living space with white walls and ceilings then the inherent brightness of the Optoma begins to make more sense. Sadly it doesn't support 3D which was always a strength of DLP and it doesn’t have a particularly wide colour gamut, with HDR images mapped to the Rec.709 HD colour space, but the Optoma delivers bright and detailed images. The motion handling is excellent and if you want to watch sports on the big screen there's a useful motion feature that smooths out fast moving action without introducing unwanted artefacts. The new DLP 4K chip isn't native 4K but is actually composed of 4 million pixels and uses a diagonally interpolated approach similar to JVC and Epson. However the larger number of initial pixels and the single chip design mean that the UHD65 is very sharp with excellent edge definition. The colours compared to the Rec.709 standard are also accurate, producing nice looking images with natural skin tones and no signs of posterisation. In the right environment the Optoma UHD65 produces a very good performance and at a price point of £2,999 it can compete against some very strong competition, making it a worthy addition to our list of Best Buy Projectors. The JVC DLA-X5900 is another Editor's Choice Winner, this time for Best Projector over £3,000, although at £3,999 it can hardly be considered high-end when it comes to price. Although JVC’s latest entry-level projector might only be a refinement of the previous generation, it's still a great reminder of just why JVC's projectors are so well respected. Much like the Epson and Optoma models, it doesn’t use native 4K panels but it can accept a full 4K/60p 4:4:4 signal and project at a resolution higher than Full HD thanks to their eShift diagonal interpolation technology. The X5900 also supports 3D, High Dynamic Range (HDR10 and Hybrid Log-Gamma), Wide Colour Gamut (nearly 100% of DCI) and 12-bit video. It uses the same chassis as previous generations but it remains attractively designed, well made and has an excellent feature set that includes a low input lag mode, calibration controls and a motorised lens memory. The X5900 delivers an excellent performance with SDR content and is equally as impressive with HDR but if that wasn’t enough it also has JVC’s superb black levels and contrast performance. When you take all that into account and given its current retail price, the JVC DLA-X5900 is an obvious choice for our Best Buy Projectors list. The Sony VPL-VW260ES is an attempt to deliver native 4K projection at a more realistic price point and although they don't quite break the psychological £5,000 price barrier, Sony get very close. Despite the lower price, the VW260ES still includes everything you would expect from the more expensive models with native 4K resolution, HDR10 and HLG support, Triluminos colour, 3D, Reality Creation and Motionflow. There are also motorised lens controls but sadly no lens memory feature or a dynamic iris. The out-of-the-box accuracy could be better but the VW260ES is very accurate after calibration and also performs well in with HDR content. Overall it's a great performer, delivering a lovely SDR image that is highly detailed and boasts natural colours and good motion handling. The black levels could be better and appear to be a retrograde step compared to previous Sony projectors but overall this projector impresses. It was also an excellent performer with HDR, with good tone mapping, saturated colours and good brightness. The Sony VPL-VW260ES represents a significant step in the evolution of native 4K projection and, despite its price tag, is worthy of inclusion on our list of the Best Buy Projectors of the year.
To comment on what you've read here, click the Discussion tab and post a reply.
News Discussion (54)