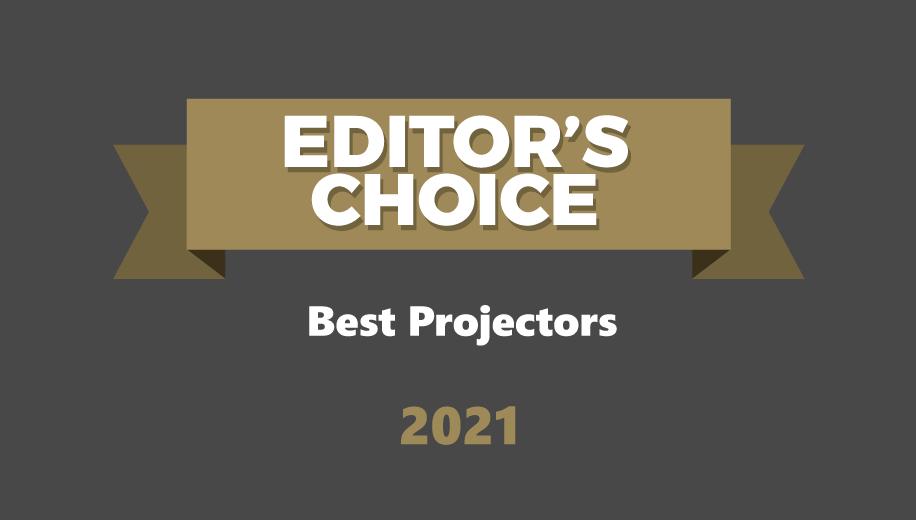 The Editor’s Choice Awards celebrate the best products of the year. They are the items we think stand head and shoulders above the rest. The criteria for being eligible are simple: it must be a product that has been reviewed by AVForums in the last 12 months and it must currently be available as part of the official product range from a manufacturer and not discontinued before the end of 2021.

It's been an a difficult year for everyone, with supply issues and limited availability of samples. However, we've still managed to review plenty of quality TVs, Projectors, Home AV, and Hi-Fi products. In this article, we select our favourite projectors of 2021:

The BenQ V6050 is an excellent 4K HDR ultra-short-throw laser projector that delivers detailed, colourful and punchy big-screen images. The laser light source generates enough brightness to handle the average living room, and is capable of impressing under most conditions. If you make the room darker or invest in an ambient light-rejecting screen, you can also reap further benefits.

As you'd expect from a DLP projector the motion handling is impressive, and this projector can deliver superb 3D images with plenty of depth and no crosstalk. The colours are nicely saturated, and cover most of the DCI-P3 colour gamut, and the tone mapping with HDR is also highly effective. This projector also gets the best out of SDR, and while not native 4K, you'd never know.

This impressive big-screen performer has plenty of features, and delivers bright and punchy images that are accurate and detailed

The built-in sound system is good, and while there's no built-in tuners or smart platform that's easily addressed by a PVR like the Humax Aura. If you're a serious gamer the input lag might be a bit high, but otherwise the BenQ V6050 is a great big-screen performer, and our choice for the best UST projector of 2021

The Sony VPL-VW590ES is a great mid-range projector for native 4K playback of SDR and HDR content. It adds in a new and highly-powered X1 for Projector processing chipset which is carried over from the BRAVIA TVs, and it also has the new dynamic HDR enhancer which promises more dynamic-looking HDR images.

The image quality with HDR content is very good, with strong blacks, good colour performance and excellent image detail and motion. Peak highlights are well balanced and combined with deep black levels in a way that balances the image for an appealing HDR look. The shadow detail and mid-tone details also add a real depth to images with superb colour reproduction.

One of the more affordable native 4K projectors, with an extensive set of features, very detailed images and HDR that looks appealing

The 4K images are also incredibly sharp and detailed, even without the Reality Creation settings. So, if you’re looking for a new Sony projector, and you need something better than the entry-level VPL-VW270ES, then this projector is definitely worth considering, and is our choice for the best mid-range native 4K projector of 2021.

The Sony VPL-VW790ES is an impressive SXRD projector that makes full use of its bright laser light source. So if you want a long lifespan and consistent performance, this is the model for you. It also delivers wonderfully detailed and pixel-precise images, thanks to the native 4K panel and new 'X1 for Projector' processor.

The VW790's overall accuracy, brightness, black levels and colour reproduction are sure to please, as will the excellent 3D performance and 36ms input lag. The HDR performance is also good, with colours that are often exceptional. The Dynamic HDR Enhancer is effective at improving the HDR, by applying an S-curve and using the laser brightness and dynamic iris.

The result is a cracking projector that retains all the strengths of the VPL-VW590ES but adds the benefits of a laser light source, which means a much longer lifespan and greater consistency. Thanks to its combination of design, features and performance, the Sony VPL-VW790ES is our choice of the best high-end native 4K projector of 2021.

This year's list of best projectors is unusual because it doesn't feature JVC. These awards are only given to products reviewed in the last year, and the last JVC projector reviewed was the DLA-N5 back in 2020, so there were no new models to consider. However, JVC hasn't simply rested on its laurels, and over the last three years has released two major firmware updates that added key new features and kept these projectors on top.

It's actually quite a refreshing change for a manufacturer to move away from the strategy of releasing new models each year with only minor differences, and instead keep a range relevant via regular free firmware updates. It's certainly good news for existing owners, and the addition of dynamic tone mapping in late 2019 and the Theatre Optimiser feature in late 2020 resulted in class-leading HDR.

As a result, the entry-level DLA-N5, mid-range DLA-N7, and the high-end DLA-NX9 have remained the best native 4K projectors you can buy for the last three years. The N7 in particular represents the sweet spot of the company's 4K range, with extensive features, JVC's usual deep blacks, a colour gamut that covers DCI-P3, and stunning HDR images.

JVC hasn't released any new projectors since late 2018, but two major firmware updates have kept those models on top for three years

The company releases its new NZ Series of 4K laser projectors later this year, so don't be surprised to see JVC return to the list next year. The N5 will continue as the entry-level model, but the N7 and NX9 are being discontinued. Given the price of the NX9, it makes sense to buy one of the new projectors instead, but there's no direct replacement for the N7, so you'd better snap one up before stocks run out. Despite the lack of any new models, JVC has kept owners happy and stayed on top, so we're pleased to give the company the Editor's Choice Award for Best Projector Manufacturer.