Blinded by the light... 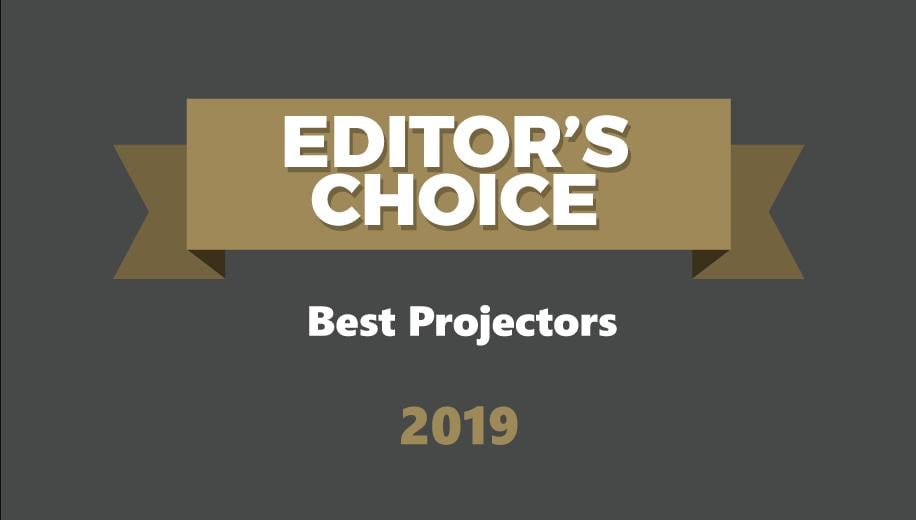 Welcome to our third annual Editor’s Choice Awards and in this article, we are covering projectors. The Editor’s Choice Awards celebrate the best display products of the year. The criteria for being eligible are simple. It must be a projector that has been reviewed by AVForums in the last 12 months and it must currently be available as part of the official product range from a manufacturer and not discontinued before the end of 2019.

The W2700 uses the latest 0.47” DMD chip from Texas Instruments which uses a quadruple flash that tricks the eye into seeing an 8.3 million pixel image on the screen. The DMD is 1920 x 1080 in resolution but by using this technique it can give you a faux 4K image onscreen and at a significantly lower cost than a native 4K chip. There are new features this year that add in a dynamic iris and improved tone mapping to assist with HDR image reproduction. It also has a six-segment RGBRGB colour wheel that boasts 100% Rec.709 coverage and 95% Wide Colour Gamut DCI-P3 coverage with the use of a filter. BenQ also boasts that the projector is factory calibrated to the industry standards and it comes with a printed certificate to highlight this point.


It is encouraging to see BenQ trying to push their budget projectors to produce accurate images. Taking into account the price point versus performance, the W2700 is the best 4K DLP we have tested at this and higher price points with SDR content. We do need to manage expectations and blacks are just a smidge better than mediocre with the same lack of shadow detail as similar 4K DLPs, and the W2700 is painfully dull when in full HDR mode. But even so, when set up correctly and ditching some of the HDR features, like the WCG filter, you are left with some serious value for money. With normal HD and 4K content using the Rec.709 colour gamut (by switching off the wide colour gamut filter), we get a truly interesting proposition at the price point, with a performance that is actually very cinematic in dark rooms with little ambient light. Taking into account and accepting the dark grey blacks - lack of total shadow detail retrieval and above black performance, which is nonexistent at this price point - when you add in excellent image sharpness with good motion for 24fps material and decent colour and greyscale accuracy towards Rec.709, we get what can only be described as our budget projector of the year.

The JVC DLA-N7B is a native 4K (4096 x 2160) 3-chip D-ILA projector that supports 3D and High Dynamic Range (HDR10 and HLG). These new models are JVC's first 'affordable' native 4K projectors, not counting the ultra-high-end DLA-Z1 laser projector. They include a host of new features including the recently added Frame Adapt HDR. We've spent eight months with the DLA-N7 – including time with the new 3.10 firmware, allowing us to fully test the projector and compare it to previous JVC models, as well as the competition.

The JVC DLA-N7B is a superb native 4K projector that delivers stunning SDR, HDR and 3D images. It's well made, has a great new remote control, fully-spec'd HDMI inputs and a comprehensive set of features. The image accuracy is impressive, while the brightness and black levels are both excellent, even if the contrast performance isn't quite as good as the previous generation.

However, what really impresses are the new HDR features, with Frame Adapt HDR dynamically adjusting the tone mapping based on the incoming video signal. The result is the best projected HDR we have seen to date. This projector isn't small, nor is it cheap, but it's definitely worth it.

Announced on its launch in 2018 as the world’s first e-shift 8K projector, the JVC NX9 is the flagship 4K DILA projector which uses new native 3x 0.69-inch 4K DILA chips and costs a whopping £17,999 at the time of its review in November 2019. The NX9 also boasts a claimed light output of 2200 Lumens and contrast of over 100,000:1 and, with the advanced Iris Control, JVC claims over 1,000,000:1 as a dynamic contrast figure. The NX9 is also HDR10 ready with the new Frame Adapt HDR technology that can be switched from Static, to Scene by Scene or Frame by Frame to adjust the dynamic tone mapping. This allows the NX9 to produce the absolute best dynamic range to match the HDR content to its capabilities. There is also support for Wide Colour Gamut (WCG) with the DCI-P3 cinema filter.


As a projector, the DLA-NX9 is stunning with SDR and HDR content as you would imagine. The Frame Adapt system has really added a game-changing edge when it comes to HDR tone mapping for a projector and that is available throughout the range of N-Series units. The lens is high-quality glass and that is obvious straight away from lifting the projector out of the box and then with use. Images are sharp and detailed with excellent screen uniformity when it comes to focus with no obvious signs of chromatic aberration. Colour performance is also excellent with almost full DCI-P3 coverage and good volume thanks to the dynamic tone mapping. Blacks are also very good and just above black detail retrieval is a real strong point with HDR content thus adding real depth to images, and skin tones are life-like and natural throughout SDR and HDR content. And while there is a slight rise in the black floor by swapping to the 4K native chips, contrast and dynamic range remain class-leading and it retains that JVC cinematic look many of us have enjoyed for a number of years now.

It is expensive, but in its market segment, the JVC DLA-NX9 adds a new approach to HDR which actually really works to raise the picture quality of a projector with the format. With all the other added features, build quality and new lens set up, we feel the NX9 is best in its class at this market point.


And that wraps up our Editor's Choice Awards for 2019.