Taking the time to get things right 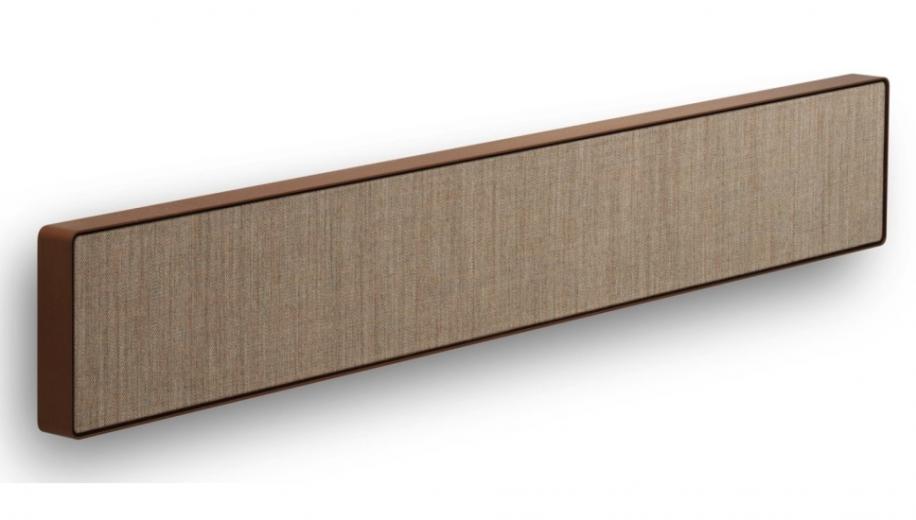 Bang & Olufsen Beosound Stage Soundbar (2020)
SRP: £1,249.00
While the rest of the audio world has been falling over themselves to get a TV soundbar out to the consumer, Bang & Olufsen has decided to spend its time wisely, getting everything just right before drawing back the curtain.
Always with the promise of something that will stand out from the crowd, how will the famous Danish audio firm who specialises in products that are as much about lifestyle as they are about technical excellence make its very first soundbar just that little bit more noticeable.

Well, to start with, they’ve packed their long-gestating baby with features including an impressive array of drivers, Dolby Atmos support, several listening modes and plenty of streaming options including Chromecast built-in, Bluetooth and AirPlay 2 support.

And aside from the obvious aesthetic statement (geometric shapes and natural materials) the company has attempted to create a true one-box immersive experience, without the need for subs and satellites.

To achieve this, the Beosound Stage incorporates 11 custom speaker drivers, each with its own 50 watt Class D amplifier (550W in total) in a 3 channel configuration. The drivers themselves include 4-inch woofers alongside 1.5-inch midrange drivers and 0.75-inch tweeters. The centre channel has the lion’s share of the speakers at its disposal including four woofers to reach into the lower frequencies, reduce distortion and give an improved bass performance, plus there're also two midrange drivers and one tweeter. Meanwhile, the left and right channels both consist of a midrange driver and tweeter which are set in close proximity to each other at a 45° off-axis angle designed to create the immersive 3D sound effect resulting from the Dolby Atmos decoding. In this way, the soundstage is heightened to give the impression of objects moving through 3D space.

The Beosound Stage comes with a selection of DSP based listening modes including TV, Music, Movie and Night Listening which can be further adjusted using the EQ setting found in the Bang & Olufsen app.

Both Wi-Fi and an Ethernet port are available for connection to home networks and multiroom music is available using the built-in Chromecast and AirPlay 2 support. There’s also Bluetooth v4.2 for connection to smartphones, laptops and other Bluetooth devices. Physical ports include RCA and 3.5mm jack inputs, and there’s both an HDMI input and output that allow pass through of 4K HDR content while the HDMI output also supports ARC and eARC. The Beosound Stage’s elegant frame, which is available in natural aluminium, bronze tone aluminium or smoked oak, runs all the way around the speaker and houses an integrated engraved control panel as an alternative to using the app to switch between features. The 2mm gap between the frame and the fabric speaker cover gives the illusion that the speaker is floating within the frame.