48-inch model gets a stablemate 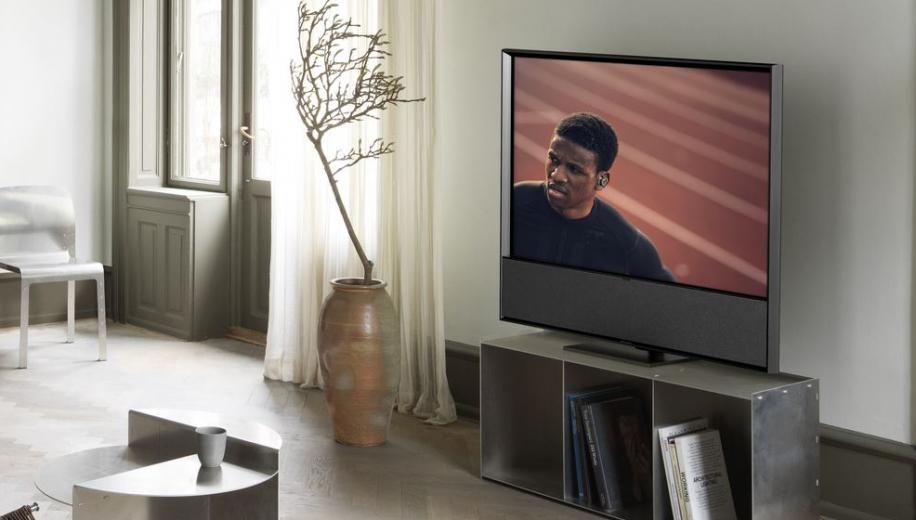 Bang & Olufsen's Beovision Contour OLED TV range gets a new member with the launch of a 55-inch model.

Now, B&O is adding to the screen sizes available with the introduction of a larger model in the form of the Beovision Contour 55-inch.

Like the 48-inch version, the Danish premium electronics company has taken a current generation LG OLED panel as the basis for its television and added its own renowned Beosound Stage soundbar for a high quality audio-visual experience.

Created in the famous Factory 5 in Struer, Denmark and evolved from Bang & Olufsen’s design language to be ‘classic and minimalist’, the 55-inch TV features an aluminium frame that outlines the screen.

AirPlay 2, Bluetooth and Chromecast are all supported, so getting music to play via the Beovision Contour is straightforward using compatible devices, and Beolink means it can be included as part of a multi room audio setup.

Control of sources and sound for the Beovision Contour 55-inch comes courtesy of the included aluminium fashioned Beoremote One or the Bang & Olufsen App.

In keeping with the minimalist look and feel, all cables are routed through the centre rear of the TV and hidden from view, offering a clutter-free 360-degree design. Meanwhile, three colourways are available including Silver, Black Anthracite and an eye-catching Gold Tone, with matching fabric or wood veneer finishes for the speaker front cover.

Mounting options for the Beovision Contour TV are enhanced by three choices which include an aluminium floor stand, a tabletop stand made from a solid, rectangular aluminium billet, and a wall mounting option.

Commenting on the new 55-inch model, the company stated, “It can be the masterpiece of one’s living room for consumers looking for a compact screen size, or a perfect TV for a secondary room thanks to its many placement options”

The Beovision Contour 55-inch is available in Bang & Olufsen stores and online from 10th June with an RRP of £6,300 for the fabric finish and £7,100 for the wood finish.