And it runs on air! 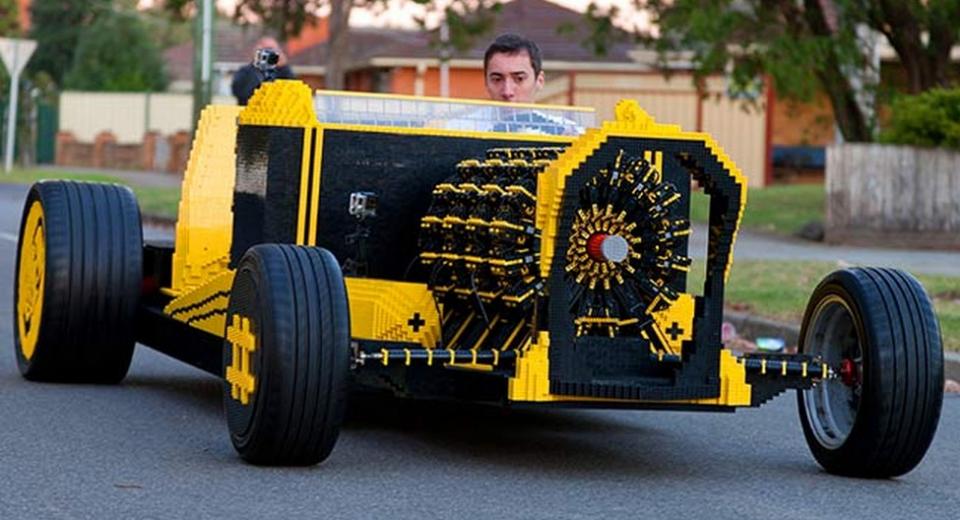 So you think you were pretty good with Lego as kid? Well take a look at this project – a working, driveable Hot Rod produced by a group of Aussies.

Not only does it look extremely cool but the technology behind it is amazing. The car is constructed from around half a million individual Lego pieces and is powered by four orbital engines with a total of 256 pistons which run on air!

The project has been crowd-funded and was the idea of one Steve Sammartino who worked with a Romanian technician named Raul Oaida. Forty Australians contributed to the project with the vehicle being put together in Romania and then shipped – presumably in a nice box with a picture on the front – to Oz for finishing touches. Whilst the vehicle may resemble a Hot Rod, it’s no racer being as the top speed is less than 20 miles per hour with the designers concerned about, “Lego explosion,” should they dare to push it any harder.

Clearly there were many technical obstacles to overcome along the way with, according to Sammartino, the gearing and engine presenting the biggest challenges.

Jay Leno reportedly interested in buying it
Building the engine and getting the gearing right," Sammartino says. "It is very tough to hold the torque."

The creators say they have no particular plans in mind for the car but there are sure to be many collectors wanting to snap it up. Jay Leno is rumoured to be waiting in the wings but at what price?

Place your bets below, once you’ve taken a look at in action.