Natural materials for a natural sound 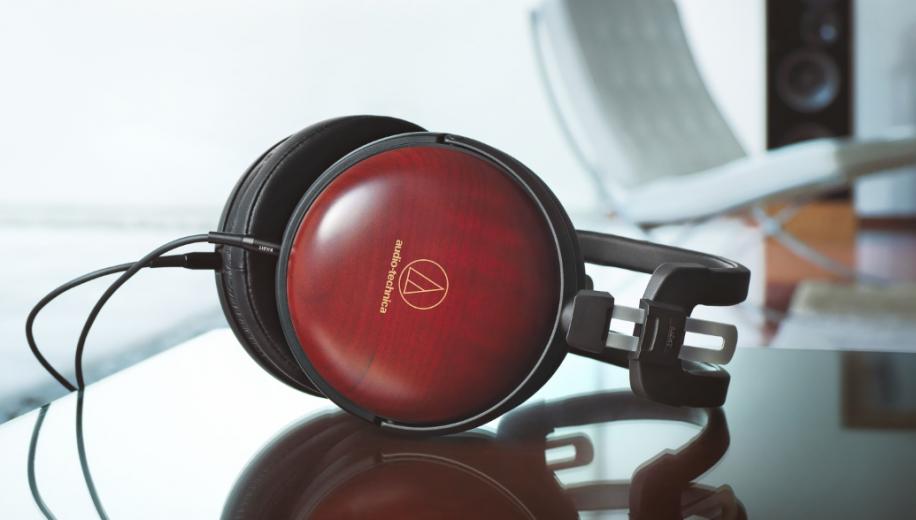 Japanese audio manufacturer Audio-Technica has revealed two new additions - the Kokutan and Asada Zakura - to its Wooden headphone series and both will be on show at this weekend’s Bristol Hi-Fi Show.

The Kokutan and Asada Zakura models join the two decades old Wooden range, which are hand-assembled at the company’s factory in Naruse, Tokyo. The range is seen as delivering a natural home Hi-Fi sound using a a variety of different woods, from the alpine cherry of 1996’s ATH-W10VTG to the teak the ATH-W1000Z a decade later – each type of wood is chosen for both its acoustic and visual properties, which in the case of the two new models is striped black-brown ebony for the Kokutan and ostrya japonica for the Asada Zaukura.

The Kokutan is the range’s new flagship model and comes with a price of £1,699.99 and it takes its name from the striped ebony wood from which it is constructed. A high-density hardwood, ebony’s properties include efficient acoustic damping and its dense ring structure reduces unwanted resonance and delivers a cleaner, purer sound - hence its use in musical instruments such as pianos and woodwinds.

Once other property arising from the half-gloss hand-finishing is that the appearance will gradually change over time leaving a totally unique look for each owner.

Looks aside, the acoustic engineering that goes into the Kokutan includes Audio-Technica’s proprietary D.A.D.S. (Double Air Damping System) which divides the housing structure into two acoustic chambers for smooth bass reproduction. This is used in conjunction with a 53mm driver that uses powerful Permendur magnetic circuitry to create a wide sound field, while its responsive titanium flange allows the diaphragm to react accurately to the audio signal.

For long listening periods, comfort is assisted by high-durability sheepskin earpads and headband and when you have finished using it, the Kokutan can be stored in the paulownia wood “kiri-bako” box it is supplied in.

The second new headphone, the Asada Zakura is a premium model that costs £1,299.99 and is also named after the wood used in its construction (though asada zakura is known as ostrya japonica outside of Japan). The material itself is rare and durable and features a warm red colour, gentle grain and excellent acoustic properties.

Like the Kokutan, the Asada Zakura features the D.A.D.S and sports a 53mm driver, though this has a diamond-like coating (DLC) for an improved frequency response. The soft finishings are smooth synthetic leather earcups and headband.

Both headphones have detachable A2DC connectors and are supplied with 6.3mm and balanced XLR cables.