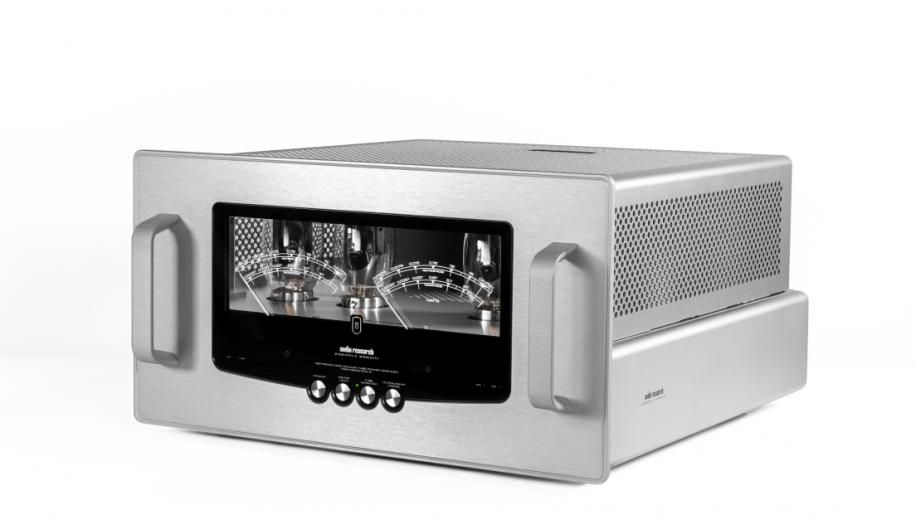 There’s a single shallow whisper fan built into the bottom plate for quiet and cool operation and the dual GhostMeters appear to float in front of the four KT150 output tubes within the all aluminium chassis. The KT150 valves – widely considered to be the finest output valve available, owing to its combination of power and finesse - represent half the 160S’s complement of eight.

Flexibility is provided by the XLR and SE inputs, 4-8-16 ohm output taps, 12V input and output triggers and RS232 input. There’s also a tube hour meter so you know how many hours the tubes have on the clock, switchable fan speeds, and a .defeatable auto-off function.

With a feature set that matches the 160S, the Reference 80S includes a proprietary auto-bias circuit that adjusts for not only tube age, but for powerline voltage swings. There is fusing of the output tubes, single-ended and balanced inputs for flexibility, switchable Triode-Pentode operational modes to accommodate loudspeakers and listener’s personal preferences plus output tube monitoring. Additionally, the built-in 12V trigger turns the 80S on or off when connected to a modern preamp with a 12V trigger.

Like Audio Research’s other Reference amplifiers, the 80S has a fully balanced differential circuit topology and combines the shortest possible signal path with the best possible components – many of which are custom made –  to provide the highest performance and lowest distortion. A four-layer circuit board is used to provide a separate ground plane, better circuit layout, and fewer noise-inducing point-to-point connections.

The Audio Research Reference 80S stereo power amplifier is available in either natural silver or black finishes and is now shipping to the UK, distributed exclusively by Absolute Sounds.