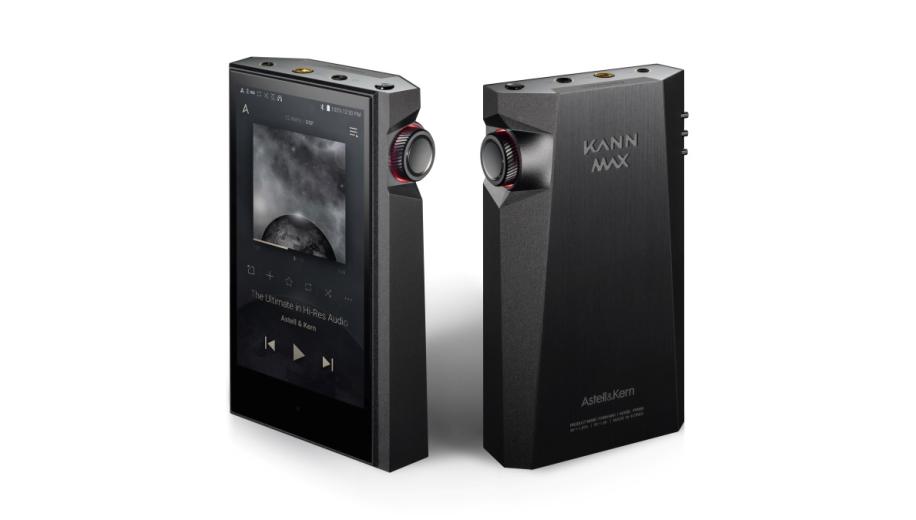 Astell&Kern has announced a trio of new releases, leading with the Kann Max portable digital audio player and Pathfinder hybrid earphones, along with the AK HC2 Dual DAC cable.

With the Munich High Show set to showcase a lot of new products, Astell&Kern got in early with its trio of new arrivals announced comfortably in advance of their first public appearance at the event (running from 19-22 May). In recent weeks we've seen the company unveil the AK UW100 true wireless earbuds and the SEM4 DAC Module for its SE180 portable player, and this new trilogy adds some more interesting options to its 2022 line-up.

The Kann Max is the fourth digital audio player in Astell&Kern’s Kann series and, despite a more compact design, it boasts a higher 15V RMS power output than its predecessor, the Kann Alpha. It uses a four-step gain level to support a wider array of headphones without distortion, while the integrated circuit design aims to keep noise levels to a minimum when the Kann Max is making the most of that added power.

The player is also the first in the Kann series to come with four ES9038Q2M DACs, with each one able to be fully allocated to four separate amp channels, where “the depth and realism of the sound source can be expressed to the fullest”. It also incorporates Astell&Kern’s patented Teraton Alpha Sound Solution, which aims to provide more efficient power use and amplification through to the output interface stage and deliver playback as close as possible to the original sound.

The new Astell&Kern Pathfinder earphones are a hybrid-in-ear monitor made in collaboration with Campfire Audio (following on from their previous Solaris X team-up), and come with the world’s first dual-chamber driver technology. More specifically, they use Knowles’ Dual-Diaphragm Mid-Focused Balanced Armature tech that “results in a more natural reproduction in the key mid-range area”.

Campfire Audio’s expertise is seen with a first employment of its Radial Venting technology in a set of earphones, to help deliver a more powerful low-frequency response, along with its Tune Acoustic Expansion Chamber design that optimises performance and extends higher frequencies for a smoother top-end. The Pathfinder also comes with three different cables to cover your unbalanced and balanced needs (with 2.5mm, 3.5mm and 4.4mm connections), along with a new silver-plated Copper Litz cable and a variety of eartip options.

Wrapping up the new arrivals, the AK HC2 Dual DAC Cable is designed to deliver audio from your phone, tablet and/or laptop. It follows in the footsteps of the HC1, coming with a 4.4mm balanced headphone connection and a pair of Cirrus Logic CS43198 MasterHiFi DACs, supporting Hi-Res playback up to native 32-bit/384kHz and DSD256. It also allows digital signals to pass through to the audio circuit before processing, so that “the sound performance is superior and noise-free compared to other USB DAC products”. It also comes Roon Tested and with an optional Android app for more detailed volume control.