The Alpha and the Omega 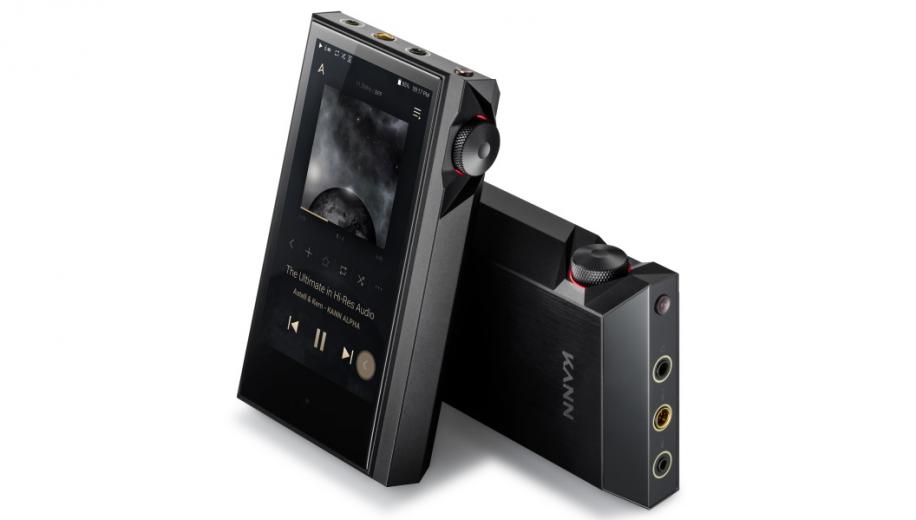 The Astell&Kern range of portable audio players has a new arrival - the KANN ALPHA, which offers a high power output in a more portable design with longer battery life plus Bluetooth 5.0.

The ALPHA is the third generation model in the KANN digital audio player series which includes the original KANN and the KANN CUBE. Both of these preceding players had already upped the ante for headphone amplifier power output, meaning virtually any headphone could be driven without resorting to a separate amp.

A redesign involving a combination of rearranging various components, miniaturising resistors and capacitors, and optimising the circuit board has meant a smaller, more portable-friendly design in an aluminium body that suppresses noise while also offering better grip.

The redesigned power circuit has improved upon the CUBE’s 9 hour battery life and bestowed over a half as much again, taking the ALPHA’s playback time to 14.5 hours for even longer enjoyment of Hi-Res music libraries.

The implementation of Bluetooth 5.0 - a first for an Astell & Kern player - supports 24-bit aptX HD and LDAC codecs and allows for greater range and a more stable wireless connection to headphones.

Like it’s immediate predecessor, the CUBE, the ALPHA  has extensive support for high resolution audio files and is similarly capable of playing up to 32-bit/384Hz PCM and DSD256 files, and also supports MQA playback via downloaded MQA audio files and through the Tidal music app.

The ALPHA takes a feature from the recently reviewed A&futura SE200 player by borrowing the colour-coded LED light surrounding the player's volume wheel which allows users to discern the volume level, file type and bitrate being played.

For those with many thousands of Hi-Res albums, the on-board 64GB of storage can be expanded to 1TB using a microSD card slot and access to streaming services is also possible using the customised version of Android 9.0 which supports Android APK. This means users can install music streaming apps to the player using the Open APP service, including Amazon Music, Apple Music, Audible, BBC Radio, Bandcamp, Deezer, Qobuz, Spotify, SiriusXM, Tidal, TuneIn and more (the supported streaming services varies by country). All this is aided by the  4.1in touchscreen display.

The Astell&Kern KANN ALPHA is priced £1,099 and will be available from October 2020.