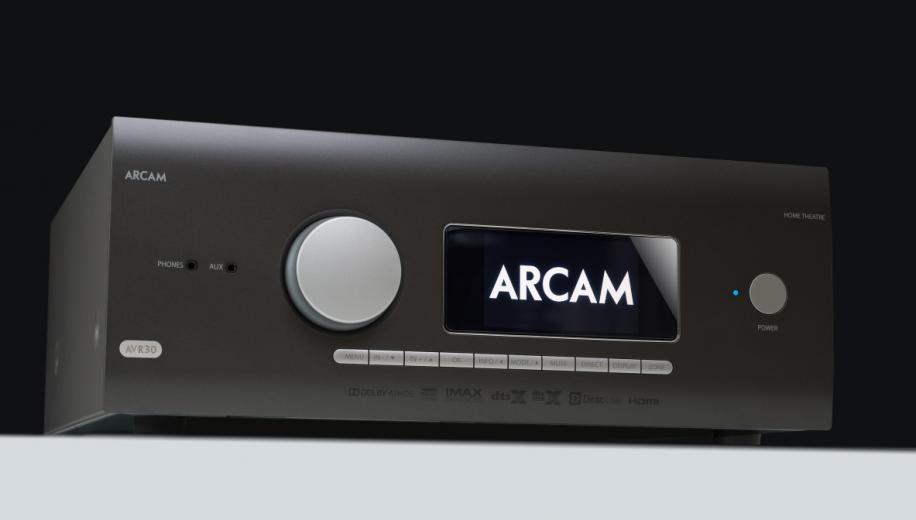 British audio equipment manufacturer Arcam adds to its HDA lineup, bringing further possibilities for music and movie fans with three new AVRs, a trio of power amplifiers and an AV processor that can be used in conjunction with them.

Arcam’s HDA line up uses the best quality components and engineering practices and already includes the SA10 and SA20 integrated amplifiers along with the CDS50 network player. The addition of the new AV receivers, power amps and AV processor now opens up a world of options all in one range.

First up, the AVR10, AVR20 and AVR30 AV receivers take on the signature HDA styling and offer an upgrade path through available features. All the models feature support for the latest audio codecs, including Dolby Atmos, DTS:X and IMAX Enhanced and the AVR10 delivers these via 12 channels of class AB amplification configurable as 7.1.4.

The AVR20 increases the number of channels to 16, available as 9.1.6 with DTS:X decoding, while the AVR30 matches the channel numbers but switches to Class G amplification for efficient and impressive power.


As well as seven 4K UHD HDMI 2.0b, HDCP2.2 inputs and Bluetooth connectivity, all three AVRs feature audiophile level DACs and Dirac room correction software. Plus, there’s GoogleCast streaming and the ability to use Arcam’s own MusicLife app which allows standard UPnP functions, offering the ability to play media from servers to any Bluetooth device.

Arcam’s new power amp family, the PA240, PA410 and PA720, sees the PA410 use a Class AB design and a toroidal-based power supply, an acoustically damped chassis, and paralleled transistor output stages to deliver four channels of power, rated at 70W each.

Class G amplification is employed in the PA240 and PA720 and Arcam implements this using multiple power supplies which allows for improved efficiency, transparency and less energy wasted as heat - the company compares their approach to that used in a hybrid car

Finally in Arcam’s new starting HDA line up is the AV40 AV processor, which provides a wealth of connectivity options via a rear panel packed with ports. There are 16 pro-grade XLR outputs and 16-single ended RCA outputs. The seven HDMI inputs and three outputs are all HDMI 2.0b and HDCP2.2 compatible and there’s support for Dolby Atmos, DTS:X and IMAX Enhanced for peak audio immersion while viewing movies and TV shows.

The AV40 enjoys an ESS 9026PRO audiophile DAC, is Bluetooth equipped and has an integrated an FM/DAB/DAB+ tuner and will prove an ideal partner for the PA240, PA410 or PA720 power amps.

Luxury Audio Sales Director, Scott Campbell commented, “This exciting announcement marks ARCAM’s first new AV models in four years.” He went on, “We have always been about quality not quantity and users should expect these machines to work beautifully and sound sensational for many years to come.”

The new models will go on sale in the UK during late October/November.


Are there any AVForums members ready to upgrade their older Arcam AV units? Let us know what you’ve got and how its been in your setup. What’s caught your eye in the new line up?