To stream the impossible stream 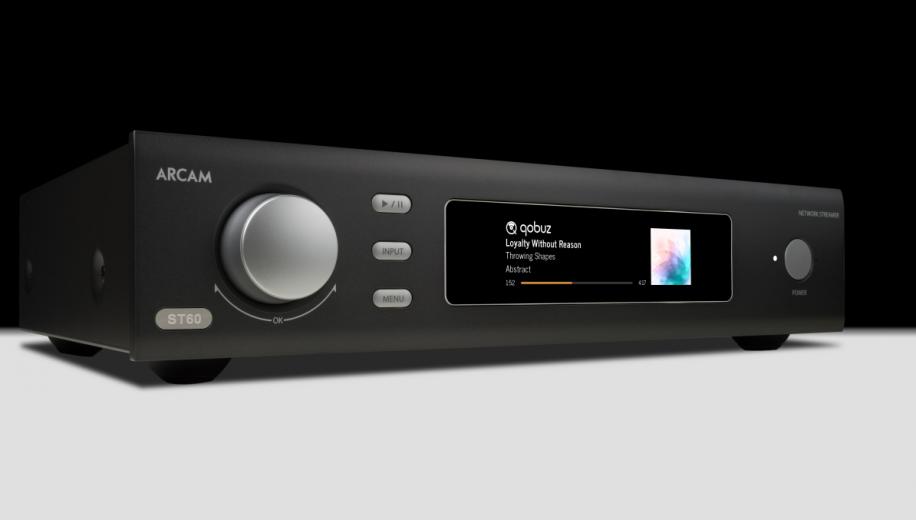 Arcam, the Cambridge based audio specialist, has announced its "first source solely dedicated to high performance music streaming" - the ST60.

The ST60 streamer represents Arcam’s first specialist network player and it is a high-performance streaming source that enables streaming audio from all of the major services including Tidal, Qobuz, Spotify, Napster and Deezer. Since streaming is the name of the game for the ST60, it works with AirPlay 2 and Google Cast; fully decodes MQA; is Roon Ready; and handles UPnP sources. From Arcam’s perspective, It is the perfect companion for its HDA range of stereo amplifiers and is also fully compatible with the company’s MusicLife app.

At the centre of the action is an ESS SABRE 9038 32-bit/192kHz stereo DAC - already a favourite with the Arcam engineering team, ESS DACs of varying specifications are found in other Arcam hardware, such as the AVR30 and SA30, since they are regarded as a gold standard for audiophile digital to analogue conversions.

As well as MQA, the ST60 supports AIFF, ALAC, FLAC, and WAV, along with compressed legacy formats.

Connectivity brings together digital interfaces such as Ethernet, USB, and wireless, supported by a number of included Wi-Fi antennas, as well as hardware outputs including balanced XLR and single-ended RCA analogue outputs, plus coaxial and optical digital outs too. This provides users with a comprehensive choice of paths with which to connect their Arcam ST60 streamer to their chosen amplification.

Chromecast support means that users can stream easily from Android tablets, smartphones, Windows and Chromebooks while AirPlay 2 means iPhones, iPads and Macs can be used as streaming sources too. Control is available via the ST60 remote control, while Arcam’s MusicLife app enables access and control of music stored on supported devices and network drives and is free to download from the App Store and the Google Play Store. In addition, the ST60 also delivers full I/P RS232 control, including Control4 and Crestron, making it ideal for custom installation.

Nick Clarke, Senior Director, Global Engineering Luxury Audio, commented, “We have been making CD players for almost 30 years, and ST60 design journey saw the team apply this extensive experience into creating a truly high-performance digital music source. Of course, ARCAM is also rightly recognised for its excellence with amplification and the ST60 is the perfect partner for our amplifiers, old and new. ”