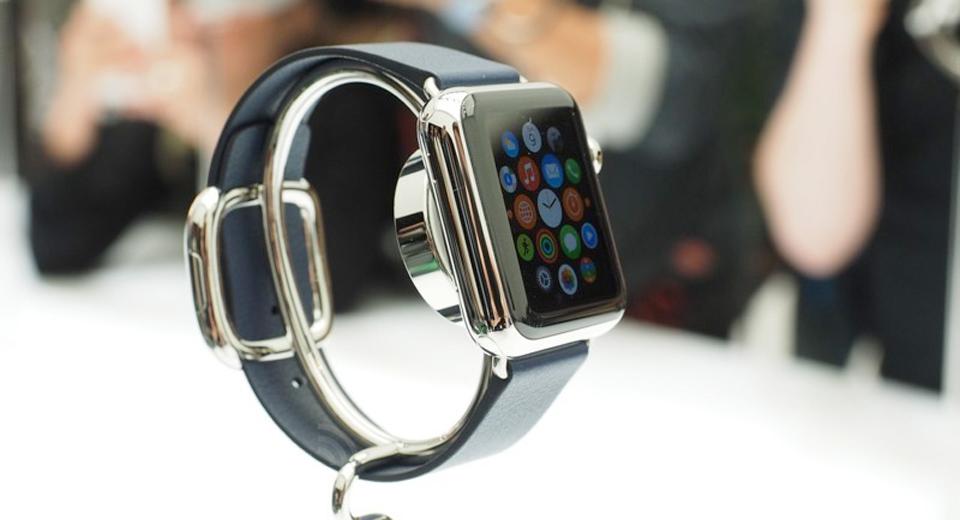 In an unusual turn, representatives from Apple took to the stage, earlier today, for an event where we already knew what the star turn would be – the Apple Watch.
We first heard about it back in September 2014, so we already know a few things about the device, including the fact that pricing will start at $349 (approx £230) and that there will be three different collections – the Watch, Watch Sport and Watch Editions. We also know that you will need an iPhone 5 or later and the latest version of iOS in order to use it and that the crown of the watch is the star of the show, acting as a multifunctional input device that lets you zoom, scroll, and select without covering the screen.

Update: So, what did Apple tell us at Spring Forward that we didn't already know? Well, the answer to that is, not all that much but we did get a concrete release date for the 24th April 2015 and confirmed pricing that ranges in scope by quite some margin. The entry-level Sport version, in an aluminium housing, will set you back £299, while prices for the 18-karat gold Apple Watch Edition, begin at a cool £8,000; quite some outlay for first gen tech!

Customers in the UK, USA, China, Australia, Canada, France, Germany, Japan, and Hong Kong will be able to stick in a pre-order on 10 April.

On stage, Tim Cook stated that the Apple Watch would hold charge for around 18hrs, so that's a days worth of use for most folks. The company also said that thousands of apps had already been developed for the Apple Watch, including ones from Facebook and Instagram and that the Apple Watch could be used for voice calls, as well as a payment device using Apple Pay, although the latter is a US only service at the moment.

As suspected, to get any real worthwhile use from the Apple watch requires you to have an iPhone 5, or later, else you wont get the likes of receiving calls, sending messages and GPS tracking, which would make it fairly redundant. The iPhone 5 entry requirement is likely going to be the biggest barrier to uptake, we would imagine, but sales are still expected to be strong. Quite how healthy, remains to be seen.

So, who's in? Are there enough compelling use cases for you? I'll be sitting it out for now. Please share your thoughts in the comments section below.