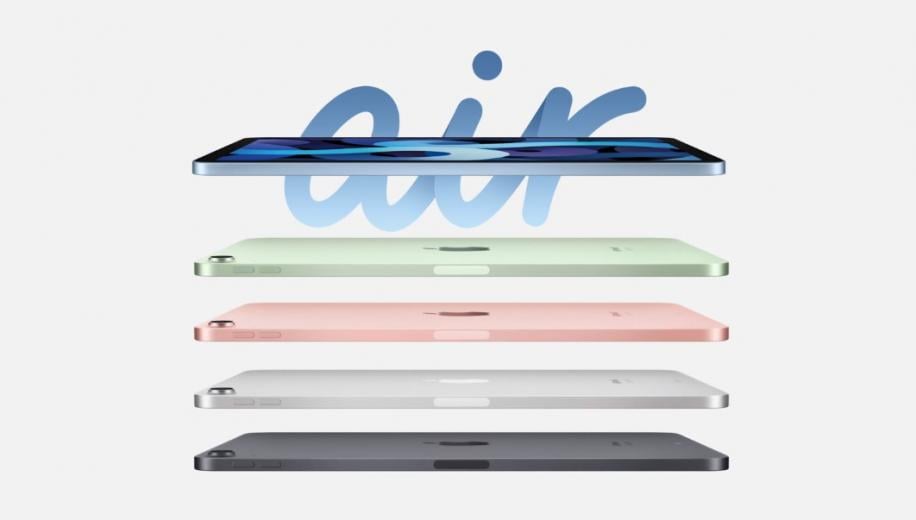 A largely expected lineup - i.e. one that didn’t include mention of the iPhone 12 - brings the new Series 6 and cut down SE watches plus the latest 8th generation iPad and A14 Bionic powered iPad Air 2020.

Also peppered amongst the hardware announcements was a new subscription package called Apple One which includes the new Fitness+ service, plus OS updates in the form of iOS 14, iPadOS 14, TVOS 14 and watchOS 7.

What the lack of any iPhone information actually allowed was more (ahem) ‘time’ to be spent on the latest watches and iPads than they are usually afforded at these kinds of events.

Kicking off the latest set of reveals was the Series 6 watch, coming complete with the latest watchOS 7 which includes new features such as options to discover and share watch faces, a new sleep app, automatic handwashing detection to help in the fight against coronavirus and additional workout options and metrics.

The big features that the Watch Series 6 adds are new a new chip and brand new health sensor designed to give accurate readouts of blood oxygen levels in 15 seconds. O2 levels are an important indicator of potential health issues and the Series 6 shines a combination of red and infrared lights though the skin to determine these readings.

Aiding the calculations for this new feature is a sixth generation chip based on the A13 Bionic processor which has been optimised for Apple Watch. This makes the S6 up to 20 percent faster than the previous generation.

The energy efficient design of the Series 6 watch allows for an improved Always On Display making it up to 2.5x brighter on sunny days. There’s also a new altimeter that provides continuous information about the wearer's elevation.

Cosmetically there have been updates too including new case colours (Blue, Classic Gold, Grey Black and Product Red) as well as a flexible, silicone based, claspless band called the Solo Loop, which comes in 7 colours and a range of sizes for the best fit. If you fancy a textured band, there’s a Braided Solo Loop available too.

A whole new set of watch faces has been designed, including specialised ones based on occupations or pastimes, including one for medical healthcare professionals and one for surfers, both designed to display information that will be immediately useful for the wearer. Additionally ‘stripes’ faces means you can support your favourite team or cause, while Memoji faces are just, well.. fun.

The Apple Watch Series 6 is available starting from $399 and can be preordered now with shipping starting on 18th September.

For those that feel they might not want all the power and features that the Apple Watch Series 6 delivers, the new Watch SE takes many of the most popular features of the Watch Series 3 such as built-in GPS, swim tracking, and accurate heart rate tracking and adds the accelerometer, gyroscope, compass and altimeter from Series 6, plus adds fall detection using the latest motion sensors, and packages them with an S5 chip and an S6 sized display.

The Apple Watch SE starts from $279 and is available to order now with shipping starting from 18th September.

The Apple Watch Series 3 continues to be available for $199.

Both the Apple Watch Series 6 and SE support a new service called Family Setup which means that kids and older members of the family can have their Apple Watches keyed into accounts on a master iPhone so there’s no need for every watch wearer to have their own iPhone to pair the watch to. It also enables a degree of parental restriction and monitoring.

Announced as a brand new service for Apple Watch wearers is Fitness+. At $9.99 per month (or $79.99 per year), it enables subscribers to choose from a range of different types of fitness regimes  (Core, HIT, Yoga, Strength etc) with new workouts added to each category each week. Acting as a fitness instructor, the workouts pull in all the data picked up by the wearer and displays it in real time to help with motivation during the session.

The new Fitness+ service is among the many services that Apple is including under its Apple One subscription option. Tying multiple services together in various packages will make them easier and cheaper to manage. So for $15 per month, the Individual Plan includes Apple Music, Apple TV+ and Apple Arcade and 50Gb of iCloud. This can be expanded to a Family Plan for up to 5 family members for $19.95 per month while $29.95 per month adds in Apple News and the brand new Fitness+ along with 2TB of iCloud storage.

The Apple One subscription package is coming this autumn and includes 30 days free so you can try out services you may not have tried yet.

One of the big announcements was the brand new A14 Bionic chip. This is expected to find its way into the top end iPhone 12 models which will be announced shortly but for now will first make its presence felt in the new iPad Air.

A new design means the 2360 x 1640 resolution liquid retina screen now stretches to 10.9-inches in the same footprint as the previous generation of iPad Air, and while it might not sound much of an improvement over 10.5-inches, any extra screen real estate is valuable. The screen itself features a wide colour gamut, anti reflective coating and True Tone technology.

There’s also the smallest Touch ID sensor yet, built into the top of the housing for secure authentication.

But it’s the newest processor that is the real highlight in the new iPad Air. An industry first in that it uses 5nm process technology, it increases CPU performance by 40-percent and graphics performance by 30-percent over its 7nm predecessor - all helped by the 11.8 billion transistors packed into it. Apple says this places the iPad Air close to the iPad Pro at twice as fast as a Windows laptop.

Similarities with the iPad Pro also include compatibility with the Apple Pencil and Magic Keyboard plus it now adopts USB-C connectivity. There’s improved camera performance in low light with the front 7MP snapper capturing video at 1080p, while the rear 12MP unit is the same camera found in the iPad Pro and can capture 4K video. Sound has been enhanced with stereo speakers in landscape mode.

The iPad Air 2020 is available from October and starts at $599 with colours including Rose Gold, Green and Sky Blue.

The latest update to the now 10 year old iPad includes the A12 Bionic chip, which is a big hike over the A10 seen in the previous generation offering 40 percent faster processing and double the graphics performance. There’s the 10.2-inch retina display and support for Apple Pencil and  Apple Keyboard. The update to iPadOS 14 will allow more functionality for Apple Pencil and provides improvements to iPad apps.

The iPad 8th Generation starts at $329 with pre orders being taken now and shipping starting on Friday 18th September.

Finally, squeezed in at the end (literally, the last 2 minutes) was mention of the latest update to Apple’s TVOS which adds improved picture in picture, audio sharing with Airpods, Apple Music lyrics, secure camera feeds from HomeKit and multi user gaming support. As with the new OS 14 updates for iPad and iOS plus watchOS 7, it will be available from 16th Sep and will ship in new devices from now on.