Apple not superstitious about their nomenclature 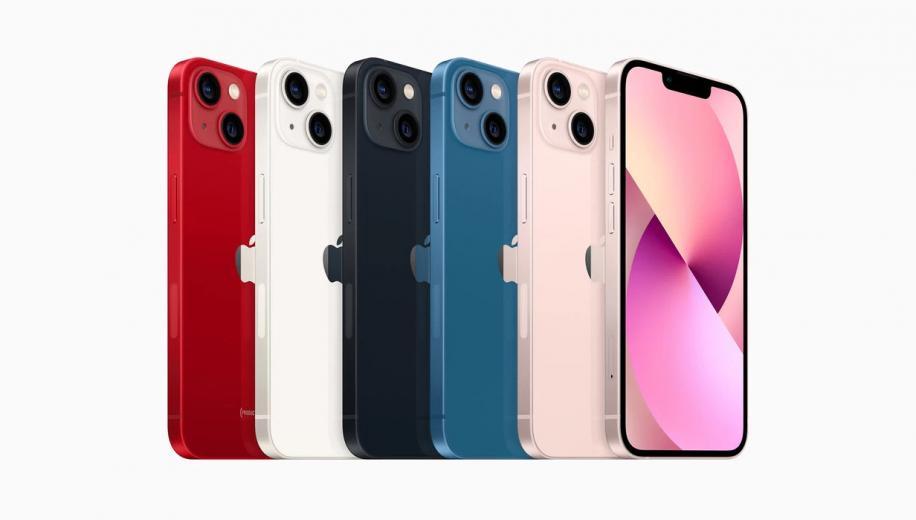 The new Apple iPhone handsets mirrored the range of options laid out by last year’s iPhone 12 launch and the Cupertino tech giant seems happy to split the new devices into two camps as they paraded the models and their specs in the latest online reveal; the consumer friendly iPhone 13 / iPhone 13 Mini; and the iPhone 13 Pro / iPhone 13 Pro Max which feature the more advanced camera array, larger storage and longer battery life for power users.

All the newly revealed models are fitted with a new Super Retina XDR display in the form of a brighter, OLED screen and while the iPhone13/13 Mini maintain a 60Hz refresh rate, this is pumped up to a 120Hz display for the two higher end models. These run ProMotion which adapts to the content on the screen to refresh at anything from 10Hz all the way up to 120Hz, giving a smooth experience with minimal lag.

The four phones also share Apple’s latest 6-core, 5nm, A15 Bionic chip which features 15 billion transistors plus new graphics and AI capabilities and can perform over 15.8 trillion operations per second. This helps it run up to 50 percent faster than the competition and up to 30 percent faster in GPU operations.

Also shared is the classic flat edge design that was reintroduced on the iPhone 12 models last year plus the protective Ceramic Shield which Apple has stayed with, claiming it to be tougher than ‘any smartphone glass’. The handsets add to their durability with IP68 water and dust rating.

Matching last year’s display sizes of 6.1-inches and 5.4-inches for the standard and Mini handsets respectively, the latest models have a notch that is 20-percent smaller and Apple has now had to arrange the rear cameras in a diagonal fashion to fit in the camera enclosure.

The new modules include a new faster Ultra Wide camera which reveals more details in darker areas, plus Apple’s biggest Wide sensor thus far which captures 47-percent more light. The sensor-shift optical image stabilisation which featured in the 12 Pro/Pro Max last year has also been included across all of the new 13 models.

Also new across the range is Cinematic Mode for video which takes a technique used by filmmakers called pull (or rack) focus whereby the focal emphasis changes from one subject to another. The machine learning algorithms of the A15 Bionic chip have analysed how pro cinematographers use this technique to enhance storytelling and will automatically shift focus when subjects leave or enter the frame. Also if a subject turns away from the camera lens, Cinematic Mode will change focus to a point further back in the depth of field and switch back when the first person turns back to face the camera.

Moreover, Cinematic Mode shoots in Dolby Vision HDR and the point at which the focus changes and the extent of that focal shift can be altered after the scene has been shot, so you don’t need to worry about it not being exact ‘in camera’.

Coming in at 6.1-inches for the Pro and 6.7-inches screen sizes for the Pro Max, the Pro series models of the iPhone 13 are available in Graphite, Gold, Silver or a new Sierra Blue offering, created by an entirely new manufacturing process.

All three cameras feature Night Mode and 6x optical zoom is available across the whole camera array. The iPhone 13 Pro and Pro Max feature an end to end pro workflow allowing you to record and edit in low compression ProRes or Dolby Vision, while Smart HDR 4 optimises each part of a shot to make sure everyone in a scene looks as good as possible.

As with the iPhone 13 and 13 Mini, battery life has been improved by a combination of the greater efficiency of the A15 Bionic chip plus new, more energy friendly components, along with software improvements in iOS 15 such as Smart Data Mode which monitors use and switches to LTE when 5G connectivity is no longer required. The end result means that the iPhone 13 Pro battery lasts up to 1.5 hours longer than the battery on the 12 and the 13 Pro Max bests the 12 Pro Max by  up to 2.5 hours.

﻿Apple has improved the antenna in the iPhone 13 range and is expanding its 5G capabilities, aiming to reach more than 200 carriers across 60 countries by the end of the year.

The iPhone 13 series continues to support MagSafe accessories such as chargers, cases and wallets.

All new iPhone models will be available to preorder on 17th September with shipping commencing on the 24th September.