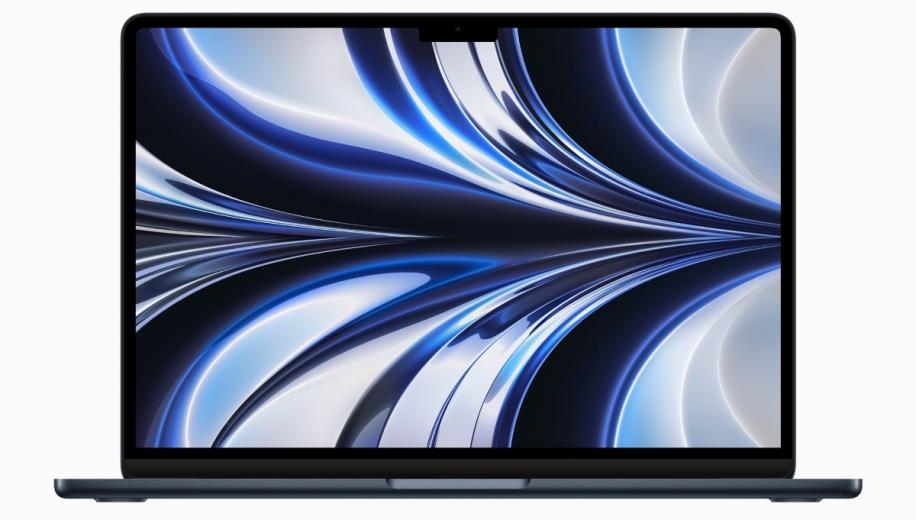 Apple has announced its latest generation of MacBook Air and MacBook Pro laptops, boasting an even more powerful M2 processor, along with a number of OS 16 upgrades across its whole range.

The models were unveiled amidst a raft of new announcements as part of Apple’s latest Worldwide Developer’s Conference (WWDC 2022). As expected, the event was largely dominated by the numerous upgrades to its various operating systems, including iOS 16 and iPadOS 16, with the new laptops even getting a rebranded ‘Ventura’ macOS later in the year. The only thing missing was a more detailed insight into its tvOS 16 though more official information shouldn't be too far away.

However, it was the new and improved MacBook Air and Pro, both powered by the all-new M2 processor that caught our eye. The new chip pushes things even further than the M1 and follows the M1 Ultra announced for Mac Studio back in March. Using second-generation 5-nanometer technology, we’re promised an 18% faster CPU than the M1 models, a 35% more powerful GPU, 50% more memory bandwidth, and a 25% increase in transistors, pushing the total up to 25 billion. Plus, you’ll get up to 24GB of fast unified memory, running at up to 100GB a second.

Running the new processor should certainly give the new-gen Air and Pro a healthy upgrade over the existing models, with plenty of other new features besides the new OS. The MacBook Air comes with a larger 13.6-inch liquid retina display, but also features a lighter (1.22kg) and thinner (11.3mm) frame, amounting to a 20% reduction in overall volume. At 500 nits it’s 25% brighter than its predecessor and now boasts support for 1 billion colours.

There’s also a new 1080p HD camera that offers twice the resolution and low-light performance. Many will be pleased to see the return of the dedicated MagSafe charging port, which is joined by two Thunderbolt and two USB-C ports, plus a 3.5mm audio jack with support for high-impedance headphones. The MacBook Air also features a fully integrated four-speaker system with a three-mic array and advanced beamforming, along with support for Spatial Audio and Dolby Atmos.

The new Air offers up to 18 hours of video playback on a single charge, with the addition of fast charge providing a 50% refill in just 30 minutes – but you will need the additional 67W USB-C power adapter (priced at £69 / $59). In addition, its Magic Keyboard will also now come with a full-height function row with Touch ID, along with a Force Touch trackpad.

The MacBook Pro also reaps the benefits of the M2 processor, running nearly 40% faster than the previous generation. It is capable of playing back up to 11 streams of 4K content and up to two 8K ProRes videos, with conversion to ProRes now three times quicker than before, and it also boasts up to 20 hours of video playback. Both the Air and the Pro will be available in July, with prices starting at £1,249 ($1,199) and £1,349 ($1,299) respectively – with a £100 / $100 discount for education.

As mentioned, most of the rest of the opening presentation to WWDC was taken up with an overview of the many new additions to its various operating systems. Starting with iOS 16, we saw new lock-screen customisation options to let you mix and match an ever-wider variety of set-ups to suit your needs. One interesting addition is the inclusion of both a post-send edit function for Messages, plus an ‘Undo Send’ option to correct any comments sent in haste (or with awkward typos). In addition, SharePlay will let you open apps and more from within the likes of Facetime and Messages so you can quickly share what’s on your phone with others.

As for iPadOS 16, the non-headline headline is that it will finally, finally, be getting the Weather app. Rather more notable for others might be the M1-powered Stage Manager, which effectively turns your iPad into a Windows display and enables you to quickly switch between apps and browsers. This could be tied into the Collaboration features that let you share ‘live’ files (as opposed to just uploading a copy) with others through the likes of FaceTime and Safari – with the addition of Freeform also giving you a communal blank canvas to work on, plus similar sharing improvements in Messages.

There are some crossovers with macOS, with the new-generation software known as Ventura. It also comes with Stage Manager, while gamers can also benefit from the upgraded Metal 3 including MetalFX upscaling – and news that No Man’s Sky and Resident Evil Village will be coming to Macs later this year. There’s a new Continuity Camera feature that lets you use your iPhone as a wireless webcam via a clip-on stand, while Handoff is coming to FaceTime so you can swap calls between your phone, iPad and/or your Mac with just the touch of a button.

As you’d expect there are further improvements to the likes of Safari and Mail, with improved search options across the board, digital passkeys unique to the user set to replace the need for multiple passwords (and being that much harder to hack), and an ‘Undo Send’ option for potentially regrettable emails. Plus, there were further announcements across the usual array of Apple features and apps, such as Dictation, Wallet, and Maps, plus the likes of the iCloud Shared Photo Library and a MySports option to highlight stories on your favourite teams.

All of these operating systems were made immediately available for developer testing, with a public beta due for July, before a full rollout in ‘the Fall’. For more information on the new MacBooks, operating system upgrades, and all the latest from WWDC 2022, head over to the Apple website. You can also let us know in the comments how you see the new Air and Pro models shaping up, or what other upgrades and new features have caught your eye. Is there enough to make a fresh case for non-Apple users to consider picking up an iPhone, iPad or Mac later in the year?