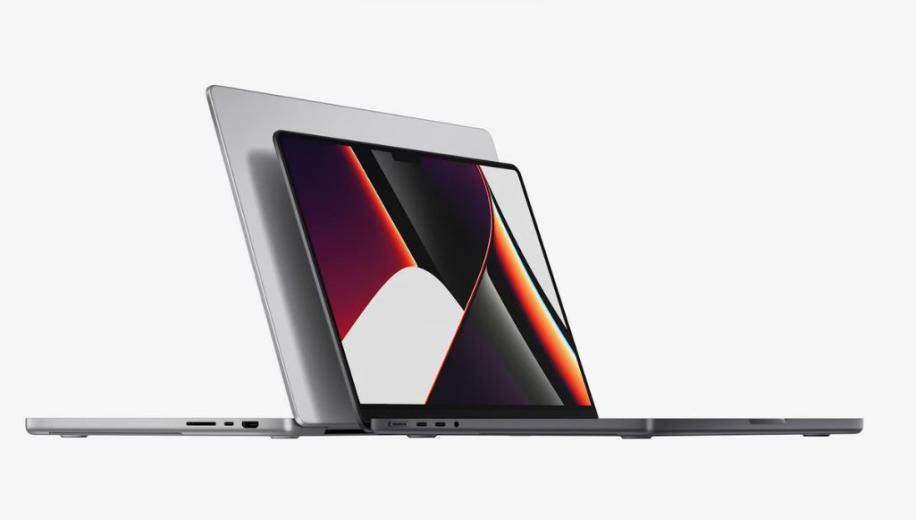 Apple’s continued deployment of its own silicon sees two new M1 chips finding their way into a pair of totally redesigned 2021 MacBook Pros, improving power efficiency and boosting performance under the hood, while outside changes include ditching the Touch Bar and adding extra ports.

The two new MacBook Pros launched by Apple for 2021 will sit alongside the current 13-inch M1 sporting model and will come in a 16.2-inch and, for the first time, a 14.2-inch version.

Apple’s two year transition cycle to develop and install its own silicon now sees the unveiling of not one but two new chips in the form of the M1 Pro and M1 Max. Applying a system-on-a-chip (SoC) architecture which features unified memory and increased memory bandwidth for performance benefits and improved power efficiency, the M1 Pro features an 8 or 10-core CPU along with a 14 or 16-core GPU resulting in up to 70-percent faster CPU performance and up to 2x faster GPU performance than the M1.

Meanwhile the M1 Max, dubbed by Apple as the world’s most powerful chip for a pro notebook, uses the 10-core M1 Pro CPU but doubles the GPU up to 32 cores. It also doubles the M1 Pro’s unified memory to 64GB and the memory bandwidth to 400GB/s. And whereas the M1 Pro has 33.7 billion transistors, the M1 Max has 57 billion.

Professional music production and video editing software such as Logic Pro and Final Cut Pro can take advantage of the new M1 Pro and M1 Max chips and the result is that Apple confidently predicts performance increases, with, for example, 30 streams of 4K ProRes video or up to seven streams of 8K ProRes video in Final Cut Pro - more than a 28-core Mac Pro with Afterburner can manage.

Moreover, the power efficiencies incumbent in the new M1 chips are such that the new 14-inch MacBook Pro can deliver up to 17 hours of video playback while the larger 16-inch version is capable of 21 hours.

An all new 100-percent recycled aluminium enclosure improves internal positioning of components leading to cooler operation and reducing the amount of times the internal fans are required. The new case now houses a Magic Keyboard with a full-height function row replacing the Touch Bar and there's an accompanying  Force Touch trackpad.

The new enclosure also expands the number of connectivity options with three Thunderbolt 4 ports, an SDXC card slot, an HDMI port and a headphone jack that supports high-impedance headphones. There’s also the return of an updated MagSafe connection (though charging is still available via USB-C Thunderbolt 4) and with the introduction of Fast Charge, a 30 minute boost will give you 50-percent battery life back. For wireless connectivity, MacBook Pro also features Wi-Fi 6 and Bluetooth 5.0.

A redesign of the bezels gives more room on both models for the Liquid Retina XDR display which for the first time on a MacBook Pro features the mini-LED technology used in the iPad Pro. With 1000 nits full screen brightness and 1,600 nits peak brightness, the display can bring out the best in HDR material, while ProMotion technology with 120Hz adaptive refresh rate means no matter the content’s refresh rate, the display will adjust appropriately, saving battery life and delivering an always smooth image. The increased screen sizes allow a boost to the number of pixels available with the 16.2-inch model packing in 7.7 million pixels, the most ever on a Mac notebook, with the 5.9 million making up the 14.2-inch version’s screen.

A new 1080p FaceTime camera has been introduced (nestling in an iPhone 13-style notch in the 14-inch model) which has a lens with a wider aperture to let in more light for better low light performance and which employs the image signal processor (ISP) and Neural Engine of the new M1 Pro and Max chips for sharper images and more natural looking skin tones. And while you’re Zooming with your friends or work colleagues. the improved three-mic array ensures clear audio and the twin-tweeter, four-woofer speaker system supports spatial audio.

The new models come in silver and space gray and are available to order now for shipping on 26th October.