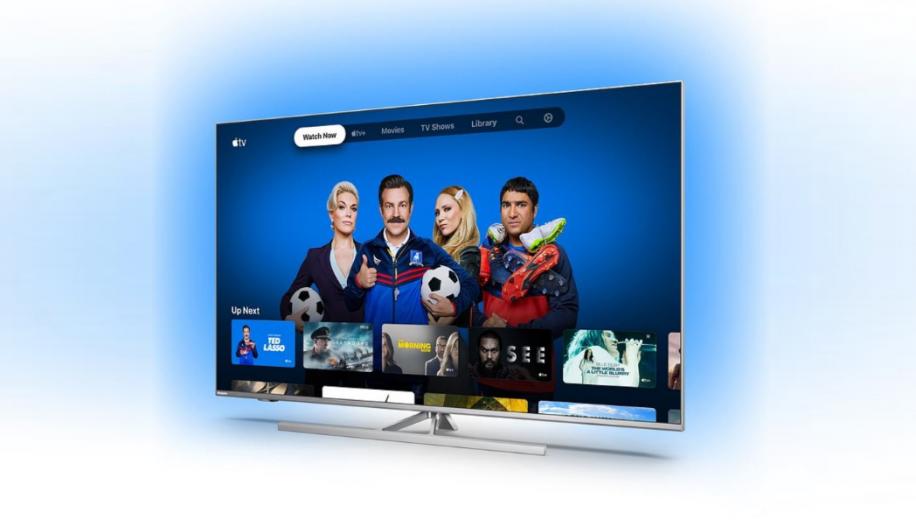 Owners of TVs and streaming devices running the Android TV operating system will now have access to the Apple TV app.

Following an announcement back in December 2020, the Apple TV app will be available to owners of compatible Android TVs and devices from 1st June, finally fully bringing the app to the last major TV OS following on from its roll out to Roku, Fire OS, LG’s WebOS and others.

The move extends access to the Apple TV app for owners of Google’s hugely popular Android TV operating system where it was previously only available on a handful of select devices and brands running the OS such as Chromecast with Google TV and Sony’s Bravia TVs.

Nvidia was the first to announce that its Shield TV would have access to Apple’s TV app but other manufacturers, including Philips with their lineup of Android based TVs, have made the announcement with the likes of Hisense, TCL, Xiaomi, Realme, Vu, and OnePlus also now having access to the app.

Viewers will be able to use the Apple TV app to access their iTunes libraries as well as the Apple TV+ streaming service, which is now added alongside the likes of Netflix, Amazon Prime Video, and Disney+, which are already available on Android TV, thus ensuring that owners have full access to all the major TV streaming services.

Access to Apple’s TV+ subscription service will see a raft of upcoming shows from Apple's content schedule now become available to customers including the second season of the acclaimed comedy Ted Lasso as well as the Stephen King scripted Lisey’s Story, both arriving soon on the service.

Content available through the app is accessible at up to Ultra-HD resolution, and there's support for HDR, including Dolby Vision, and Dolby Atmos sound (a compatible TV/outboard gear will be required).

Leave a comment if you’re an Android TV OS user and have started using the newly available Apple TV app.