A laptop in all but name? 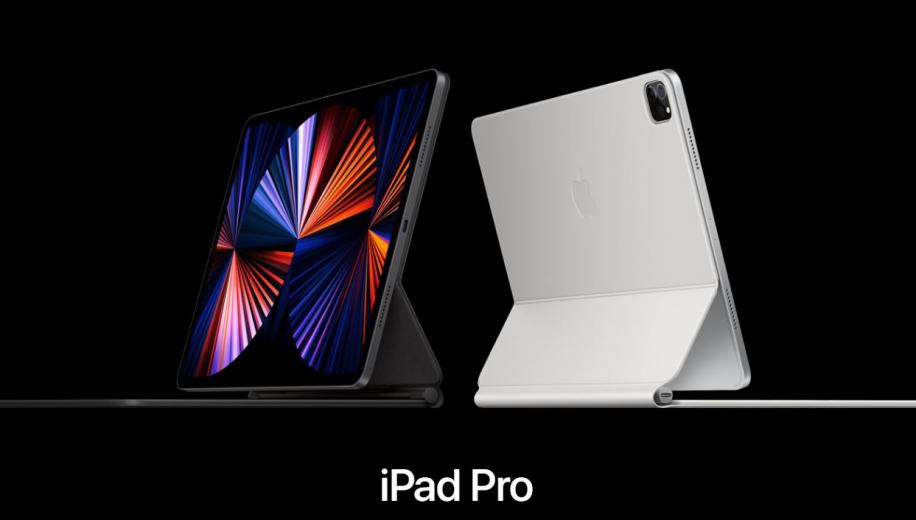 Apple’s 2021 iPad Pros get the M1 upgrade afforded the iMac, along with 5G capability plus the Liquid Retina XDR display for the 12.9-inch flagship.

The new iPad Pros for 2021 come in two sizes, the 11-inch model which sports the standard Liquid Retina display and the top end 12.9-inch Liquid Retina XDR version. Both cellular iterations of these two models will feature 5G capabilities for ultra-fast wide-bandwidth connections but will of course carry a £150/$200 premium over their Wi-Fi only siblings, and there’s the cost of the data connection to consider too.

With this amount of storage, the desktop M1 chip and USB-C port (which includes Thunderbolt 4 support for speeds up to 40Gbps) the 12.9-inch iPad Pro is inching ever closer to laptop or even desktop standard specs. Indeed, the Cupertino company proudly declared that the M1 iPad Pro models will run 75-percent faster than previous iPad Pros and that compared to the original iPad, the graphics are effectively 1500x faster.

The laptop level specs of the 12.9-inch iPad Pro are supported by a new mini-LED display (more familiarly called Liquid Retina XDR) which features 10,000 LEDs that are up to 120 times smaller than normal and which are grouped into 2,500 dimming zones. This enables much more specific control over brightness levels such that HDR content is rendered much more realistically. Figures quoted indicated a full screen brightness of 1,000 nits reaching up to 1,600 nits for peak brightness. The Liquid Retina display of the 11-inch model achieves 600 nits brightness by comparison. The existing display features of the current iPad Pros, including 120Hz ProMotion tech, True Tone and support for the wide P3 colour gamut are all retained by both new screens.

The front facing camera has had an upgrade and is now an ultra wide 12Mp snapper that features technology called ‘Center Stage’ which effectively pans and zooms to follow the subject(s) in the 122-degree field of view, making it ideal for dynamic video presentations.

On the rear, there are 10MP ultra wide and 12MP wide cameras along with the LIDAR scanner which now supports Smart HDR allowing AR and special effects to be overlaid on a video with realistic lighting, shadows and occlusions.

The new iPad Pros have a range of accessories that can enhance their capabilities including the Apple Pencil and Magic Keyboard.