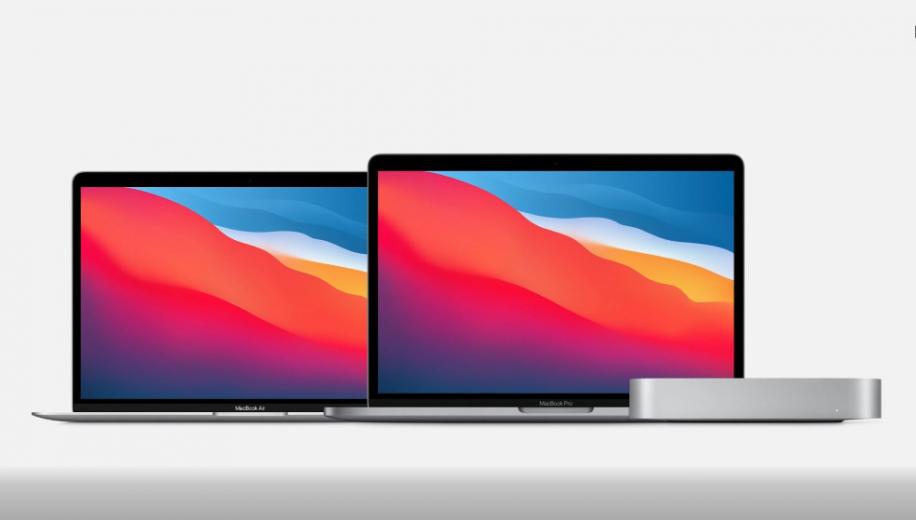 Apple’s much vaunted proprietary chip, the M1 reinvents three of the company’s signature devices, the MacBook Air, the Mac Mini and the MacBook Pro.

After announcing at its World Wide Developers Conference in June that the company would be moving from Intel based silicon to its own ARM based CPUs, Apple has used its third event in recent months to showcase the result of that announcement - the M1 chip.

Having successfully developed the A series of chips over the last 10 years for use in iPhones and iPads, Apple has taken that basic premise of low power usage and high efficiency and created a single system on a chip (SoC) for use in its mobile MacBook Air and MacBook Pro laptops as well as the small form factor, screen-less Mac Mini desktop computer.

The M1 chip, which uses the same 5nm manufacturing process as the A14 Bionic chip in the latest iPhone 12 models, drops the requirement for additional bespoke chips by bringing everything under one roof so that the 8-CPU cores, the 8-GPU cores and the 16-Core Neural Engine all work under what Apple is calling a Unified Memory Architecture. This improves efficiency since everything shares a single memory pool thus negating the need to copy, translate and move data stored in memory around for different functions.

The newly revealed M1 enhanced MacBook Air, Mac Mini and MacBook Pro all benefit from the 16 billion transistors and up to 11 trillion operations per second that the new chip can bring to bear. Apple made much of the speed gains versus PC chips and Windows laptops but the bluff and bluster aside, the new M1 brings out impressive gains of between 2.8 - 3.5x  the CPU performance in the new models when compared to their predecessors. Moreover, the graphics performance has increased by 5 - 6x across the new models compared to the older Intel based versions while  machine learning via the Neural Engine is up to 415x faster.

But it’s not just the speed that is an improvement, all the processes run with far greater power efficiency leading to an overall reduction in energy consumption of up to 60 percent. This has enabled battery life to leap ahead for the two laptops with the MacBook Air managing up to 18 hours of video playback and the MacBook Pro achieving up to 20 hours - that’s an improvement of 6 and 10 hours respectively.

The power efficiency also results is lower heat dissipation, so much so that the MacBook Air does not require a fan and is silent in operation, whereas the MacBook Pro and Mac Mini both have redesigned active cooling systems.

Both laptops feature a 13.3-inch retina display that now supports the DCI-P3 wide colour gamut while the Mac Mini can connect to 6K external Mac displays. The Air and Pro also utilize an advanced camera ISP to deliver an improved image via the onboard camera during video conferencing.

The upcoming macOS 11 Big Sur operating system will be released on Nov 12th and has been designed in conjunction with Apple’s new silicon. This has allowed a large degree of optimisation for performance gains but it also moves the O/S closer to iOS, allowing iPhone and iPad apps to run on new Mac computers with Big Sur installed.

App creators will now need to deliver versions that are optimized for both M1 and Intel based Macs - so called Universal Apps. Many software developers are in the process of creating Universal versions of their software but for apps that haven’t yet been optimised for M1, Big Sur contains the Rosetta 2 emulator which will run Intel based programmes on the M1 chip.

Apple’s proprietary silicon will begin to find its way into the desktop iMac and Mac Pro models but the transitioning process is expected to take a couple of years before Apple's M1, and subsequent chips, are fully integrated across the company’s entire portfolio.

The MacBook Air starts at $999 and the MacBook Pro at $1,299, while the Mac Mini starts at $100 less than its current asking price and will cost $699. All are available for preorder now with deliveries commencing on 17th Nov.