Apple launch iPhone 7 and iPhone 7 Plus

The company has dropped the headphone socket 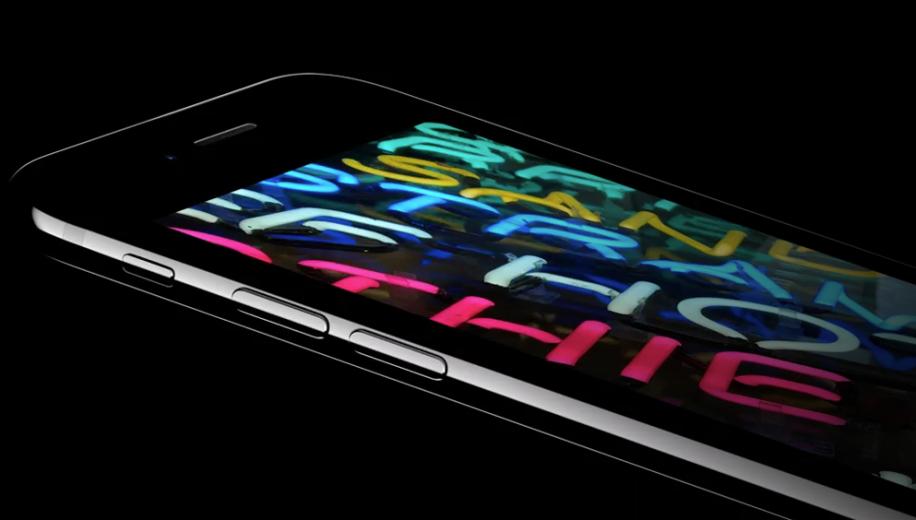 This year's iPhone launch was important, not just from the perspective of the Apple's falling sales, but also because the company was widely expected dropped the 3.5mm jack in favour of their lightning connector.
There was a lot riding on the new iPhone 7 and iPhone 7 Plus and, perhaps in direct response to concerned investors, Apple CEO Tim Cook was keen to stress that there’s one area of the company that definitely isn’t slowing down – the App Store. In fact app downloads have increased by 100% in the last 2 months. One of the biggest areas of growth is mobile gaming and Nintendo have chosen iOS as the first mobile platform for the launch of Super Mario Run. The big news at this year’s event was obviously launch of the new iPhone 7 and iPhone 7 Plus. Apple have now sold over 1 billion iPhones, the best selling product of its kind ever in the history of the world. To start with Apple will be releasing iOS 10, the biggest iOS release ever that now includes home automation, working with devices that are compatible with Apple HomeKit.

Apple feels that iOS 10 is the world’s most advanced mobile operating system and thus it deserves the world’s most advanced smart phone. The iPhone 7 is a deliberate evolution of the iPhone that is designed to simplify and improve the device at every opportunity. The new phone has ten major new features, the first of which is its design. The iPhone 7 is beautifully constructed with a combination of cutting edge materials that create a seamless surface that comes in a choice of Jet Black, Black, Gold, Silver or Rose Gold. The second major new feature is the Home button, which remains a simple but powerful tool but has now been re-engineered with a force sensitive Taptic engine for feedback to the user. It can detect how firmly it is being pressed and provide vibration-based feedback. The third key new feature is that the iPhone 7 is water and dust resistant and can be submerged in up to 1m of water for 30 minutes.

The fourth major innovation relates to the camera, which now includes optical image stabilisation, a wider aperture lens, a six element lens, a 12MP sensor and a new flash with 4 LEDs. There’s also a flicker sensor to adjust for things like strip lighting and an image signal processor that can perform 100 billion operations in 25 milliseconds. There is also a 7MP HD camera at the front for Face Time and selfies. The fifth major new feature is a Retina HD Display that is 25% brighter and can deliver a Wider Colour Gamut (WCG) that is the same as the DCI-P3 standard used in the cinema. The display also includes colour management and 3D Touch. Apple haven’t just improved the image, as the sixth new innovation is the inclusion of stereo speakers in landscape mode that are twice as loud, with increased dynamic range.

As was widely expected, the seventh new feature is the use of a lightning connector for the iPhone ear pods. Apple said that there are already over 900 million devices that use the lightning connector but there will be a lightning-to-mini phono adapter included in box along with lightning ear pods. The reason that the company has dropped the mini phono jack is that there is simply too much tech fighting for space inside the new iPhone 7 and something had to give.

MORE: Discuss the removal of the headphone jack and use of a lightning cable instead


However the company clearly feels that the future isn't a wired connection and the eighth big innovation is the launch of the wireless Apple AirPods. These wireless earphones use the new W1 wireless chip, combined with intelligent high efficiency playback, infrared sensors to detect when they are in your ears and directional microphones. They can be recharged in their case and the battery will last up to 5 hours for each earphone. There will also be a new range of Beats headphones that take advantage of the W1 wireless chip. The ninth new feature is the expansion of Apple Pay to more markets, especially Japan and the tenth and final innovation relates to performance. The iPhone 7 is designed to be the smartest phone in the market, thanks to the new generation A10 Fusion chip. The phone has a 4-core CPU, with 64-bit processing and 3.3 billion transistors. The iPhone 7 is 120 times faster than the original iPhone and includes four cores, two for high performance and two for high efficiency to ensure longer battery life.

The A10 is the most powerful chip ever used in a smartphone and the GPU is 50% faster than the A9, three times faster than A8 and 240 times faster than the original iPhone. As a result the A10 is capable of console level gaming but also has the longest battery life on an iPhone ever. Apple have also finally increased the memory, offering 32, 128 and 256GB versions, although the Jet Black iPhone 7 and iPhone 7 Plus will only be available in 128 and 256GB versions.


Apple will release iOS 10 on the 13th of September, whilst pre-orders of the iPhone 7 and iPhone 7 Plus start on the 9th of September. The phones will begin shipping a week later, and the prices have remained the same as the current iPhone 6S, at least in the US.


MORE: Hands-on preview of the iPhone and iPhone 7 plus