Apple Pay is also a big new opportunity for Cupertino 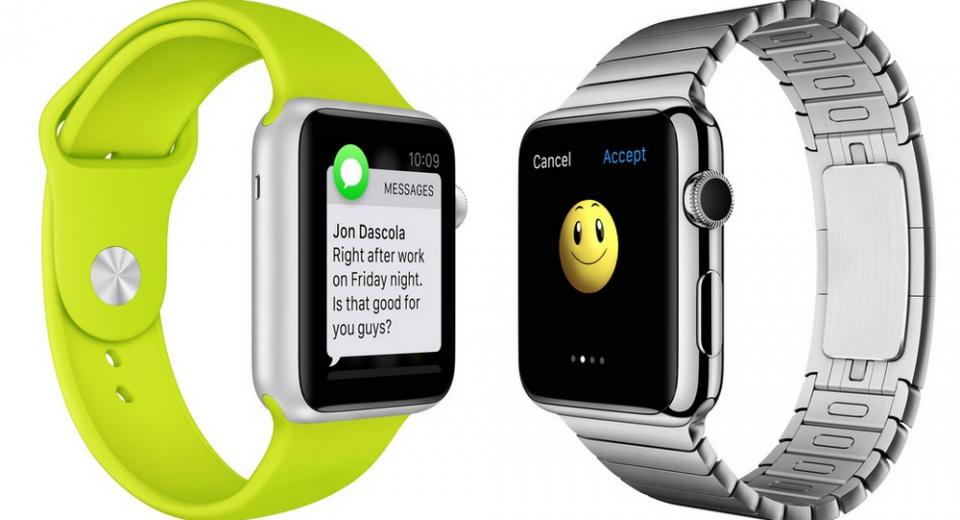 At a special event in their hometown of Cupertino, Apple has done exactly what all the leaks suggested they would and launched the iPhone 6 in two sizes, as well as announcing a much anticipated wearable device.

We don’t know if anyone shared our experiences but the live stream – which we attempted via the Apple site, on a MacBook Pro via Safari – was a shambles. Perhaps Apple underestimated how popular they are? Not likely, we know!

Both are equipped with a new 64-bit A8 chip which is 13% smaller than the A7 and up to 20% faster for CPU duties and 50% faster for graphics. Apple also had an extremely pretty game, Vain Glory, demoed on stage to underline the new graphical prowess.

There’s also a new M8 motion coprocessor which is able to tell the difference between cycling and running, as well as being able to calculate distance and elevation. This is obviously going to be handy for the numerous fitness apps available.

Battery life is claimed to be better or equal to the previous gen – depending on what your doing – with the iPhone 6 Plus capable of 24 hours of 3G talk time, which would be impressive. Other improvements include the new iSight camera, which has a new 8mp sensor with Focus Pixels and new video features, like 1080p HD at 60 fps, slo-mo at 240 fps, and time-lapse video mode.

Apple rather rushed through its iPhone presentation, obviously eager to get to the really new stuff.

Apple Pay was the first of these presentations and, as the name would suggest, it’s there attempt to muscle in on the digital payments market. Although it hadn’t been mentioned in the iPhone presentation, the new phones must carry NFC chips as Apple Pay was demoed using a generic card reader; a simple case of holding the phone to the reader to execute a secure digital payment.

The phone stores payment information encrypted and securely and you can just use the card you already have on file with iTunes. There’s also the option of adding other cards by simply taking a photo of them and card numbers are never divulged to merchants – payments use a one-time number and a "dynamic security code."

Apple has already recruited some big businesses as partners and 22,000 retailers are already on-board. Cards supported in the US, initially, will be Visa, Mastercard and Amex and the company said they were actively in discussions with all the major American banks.

But the real big news of the evening was the launch of Apple’s first new product category in four years – the Apple Watch. It’s not the iWatch, somewhat disappointingly, but we guess they had to have some surprises for us.

The Watch comes in three different collections – Watch, Watch Sport and Watch Edition – and it’s coming in early 2015 with prices starting at $349.

The vanilla Watch features stainless steel or space black stainless steel cases, a sapphire crystal display and a range of bands. The Apple Watch Sport has anodized aluminium cases in silver or space gray, strengthened Ion-X glass and more colourful, durable bands. The Apple Watch Edition is your premium smartwatch with 18-karat gold cases in yellow or rose. A Sapphire crystal display and, as Apple puts is, ‘exquisitely crafted bands and closures’.

Disappointingly, it will need an iPhone 6 as a partner but the design seems sound enough otherwise, if nothing particularly startling. The crown of the watch is the star of the show, which acts as a multifunctional input device that lets you zoom, scroll, and select without covering the screen. It’s as integral to Apple Watch as the Click Wheel is to iPod. Or the mouse is to Mac.

Does Mickey Mouse have a Tim Cook Watch? The Home screen of the Watch allows you to quickly find your favourite apps and there’s a custom font which is designed to be easy-to-read at arm’s length. The force-sensitive Retina display can also sense the difference between a tap and a push to extend the input options.

It’s nice to know it will keep good time, thanks to its utilisation of multiple technologies in conjunction with your iPhone to keep it within 50 milliseconds of the definitive global time standard.

Each Apple Watch comes with a range of watch faces you can change whenever you like. You can also add specialised functions to most faces.

In terms of the functionality you might actually use, Apple has thought it through well. You can dictate a message or select from preset options and can skip words altogether with new animated emojis.

There’s a built-in speaker and microphone for quick chats and you can transfer calls to your iPhone for longer conversations. You can also transfer calls from Apple Watch to your car’s speakerphone or your Bluetooth headset and silence incoming calls by covering Apple Watch with your hand.

When you get an email, the Watch alerts you right away. You can read the message, then flag it, mark it as read or unread, or move it to the Trash. You can also open the message on your iPhone, where you can type a lengthier response.

Clearly Apple is being fairly honest in its appraisals of the limitations of a smartwatch but we can’t say they’ve sold us on the concept more than anyone else has so far.

So folks, there we have it – what do we make of the new goodies? We're just off to practice staying fit with our Apple Watch while paying for our McDonalds with our iPhone 6.