Familiar on the outside, fancy on the inside 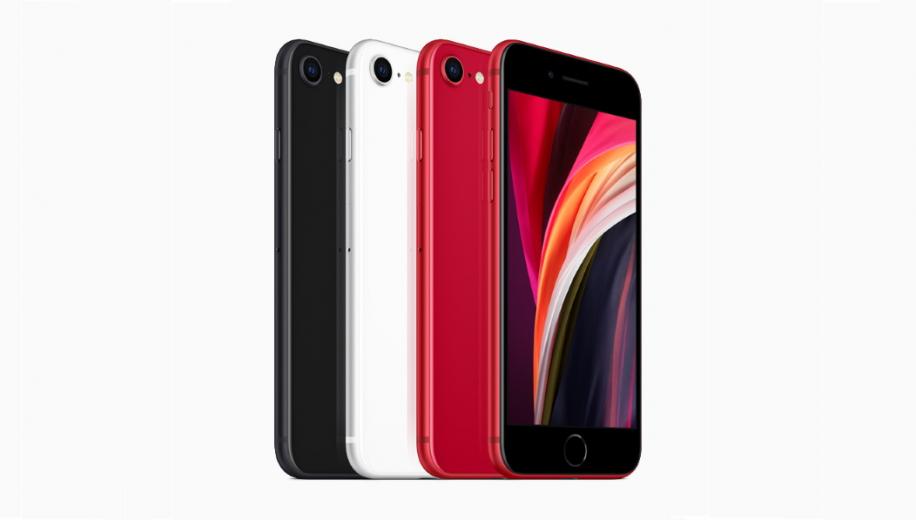 Initially touted as the iPhone 9 as it was assumed to fill the gap between the iPhone 8 and iPhone X models, Apple’s latest handset actually lands, to the surprise of no-one, as the iPhone SE - albeit the 2020 version.

With a name first used in 2016 and a throwback to the 2017 iPhone 8 design, the iPhone SE goes old(er) school in its looks but adds the latest A13 Bionic processor, regarded as the fastest processor currently found in any smartphone. It sees the return of the much loved Touch ID button meaning users unlock the handset with a finger touch rather than Face ID and the whole package is wrapped up in a compact design with a 4.7-inch Retina HD display.

Elsewhere, the iPhone SE is said to leverage the benefits of computational photography resulting in the best single camera system of any iPhone, is IP67 dust and water resistant and comes in a choice of black, white and (PRODUCT)RED.

The starting price of £419 ($399) for the 64GB model means the high end performance of the more recent iPhone handsets is now available in a compact format at the cheapest ever entry price. Preorders are being taken from Friday April 17th with an official release date a week later on 24th April. For those who want more storage, the 128- and 256GB models will cost £469 ($449) and £569 ($549) respectively.

The old school design, with the reintroduction of the top bezel which houses the front facing camera and the matching bottom partner which is home to the Touch ID button, may provide a nostalgic glow for some as it harks back to the days before edge to edge screens and notches. It also means that the iPhone SE 2020 will fit into older iPhone 8 cases should you have any knocking about.

The 4.7-inch Retina HD screen has a resolution of 1334 x 750 with 326 pixels per inch and features the latest TrueTone technology which means the white balance of the display becomes warmer or cooler as it adapts to the ambient lighting conditions.

Despite shrinking back to the single 12-megapixel f/1.8 aperture wide camera sensor from the iPhone 8, the photographic options available are hugely improved by the powerful A13 processor. Indeed, the SE 2020 can deliver all six Portrait Lighting effects found in the iPhone 11 and 11 Pro models along with depth of field controls.

The features boost that accompanies the second generation iPhone SE also includes Haptic Touch, around 12 hours of battery charge with fast charging and wireless charging, Wi-Fi 6, and dual SIM with eSIM support. In keeping with more modern smartphones conventions there’s no 3.5mm headphone jack though and no SD card slot either.

The handset will come with iOS 13 out of the box and see at least 3 upgrade cycles.

Needless to say, the iPhone SE 2020 won’t see the introduction of 5G connectivity since this is not expected to be introduced into Apple’s iPhone hardware until the company’s iPhone 12 models, which are due for launch in September 2020.

Those who pick up a handset will also get access to Apple TV+ free for a year.