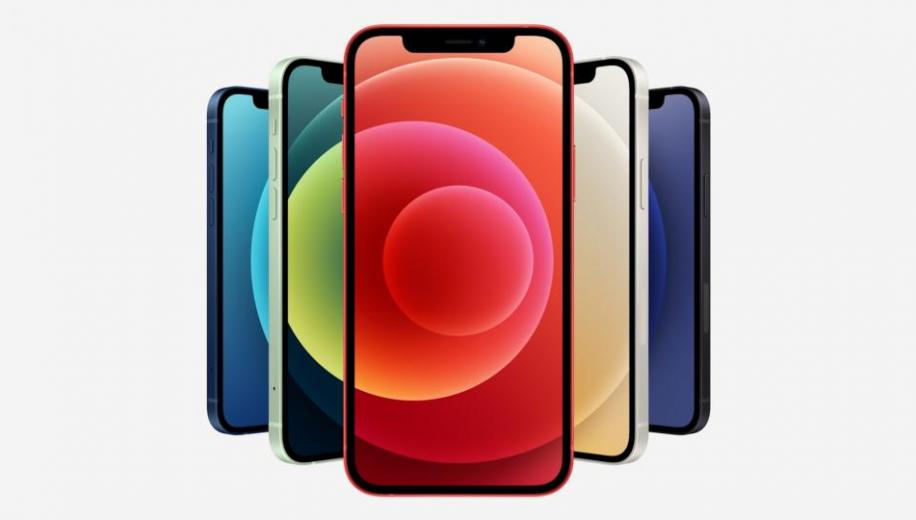 In what was possibly one of the more highly anticipated iPhone launch events for some time, the iPhone 12 range and the expected Homepod Mini were officially revealed to the world for the first time.

Although virtually nothing was a surprise this time round due to the ferocity of the pre event leaks, Apple’s two big-gun announcements - namely 5G capabilities and the new 5nm A14 Bionic chip - were revealed to be implemented across all four handsets that make up the iPhone 12 series; the iPhone 12, the iPhone Pro, the iPhone Pro Max and, a first for the company, a smaller but fully featured version of the standard handset, the iPhone 12 Mini.

Marking the biggest design changes since 2014, the entire iPhone 12 series sees a move back towards the classic flattened edge look, which has in part allowed new technology to be fitted in the case without increasing the overall size compared to last years’ iPhone 11. In fact the iPhone 12 is 15 percent smaller and 16 percent lighter than its predecessor yet still maintains a 6.1-inch display.

Also making a change across all models is a move away from LCD screens to the Super Retina XDR OLED display. The iPhone 12 doubles the number of pixels of the iPhone 11 to 460ppi at a resolution of 2,532 x 1170 and manages a peak brightness of 1200 nits and there’s support for HDR10, Dolby Vision and HLG high dynamic range formats.

Protecting this screen is a new material called Ceramic Shield which uses a special process that creates transparent crystals within the glass that improves toughness by up to 4x.

Another cross handset announcement came in the form of the resurrection of MagSafe, this time with the intelligent magnets contained within the phone’s housing. This will allow accessories such as cases and chargers to simply ‘snap’ into place and the new duo charger enables two items to be charged simultaneously.

The launch of 5G enabled iPhones will bring Apple in line with other smartphones such as those from Samsung, Huawei and OnePlus which have had the technology in their handsets since last year in some cases. As 5G networks start to reach maturity and improve, the increases in download and upload speeds along with improved bandwidth and low latency will make real time video interaction, movie watching and game playing faster and slicker. Apple’s Smart Data Mode can detect when operations on the iPhone 12 don’t require 5G speeds and automatically switch to LTE to save on battery life. It will then switch back to 5G when required.

Apple’s much heralded A14 Bionic chip with its 11.8 billion transistors and 11 trillion operations per second now make the iPhone 12 up to 50 percent than any other smartphone currently available.

Moving up to the Pro models in the latest range, the iPhone 12 Pro comes with a 6.1-inch display while the flagship iPhone 12 Pro Max sports a 6.7-inch display. These both represent increases over their iPhone 11 counterparts but with almost identical form factors. The colours available are Silver, Graphite, Gold and Pacific Blue and a special manufacturing process adds extra lustre to the finish. They feature IP68 dust and water proofing too.

At the other ends of the size spectrum, the fully featured iPhone 12 Mini will suit those users with smaller hands, pockets or purses with a 5.4-inch display, while still retaining the power of the standard iPhone 12.

The cameras across the range see the standard and Mini models sport a dual rear lens assembly with an ultra wide lens plus new f1.6, seven element wide lens that increases the uptake of light by 27 percent. These are replicated on the Pro handsets with the addition of a 52mm and 65 mm telephoto lens on the Pro and Pro Max respectively along with a Lidar (light detection and ranging) depth setting sensor.

The additional uptake of light, the computational photography that the A14 chip’s Image Signal Processor enables and the ability of the Lidar detection to focus on objects in darkness means that low light photography is improved across the board, even going so far as to add Night Mode on the front camera for night time selfies.

Meanwhile a process called Deep Fusion uses machine learning on the chip’s neural engine for pixel by pixel processing of images across all four cameras on the iPhone 12 Pro and Pro Max.

The iPhone 12 Pro Max is also able to record pro quality video in 10-bit HDR, capturing up to 700 million colours and for the first time video can be recorded with Dolby Vision at 4K resolution at 60 fps.

The iPhones will ship with a USB-C to Lightning adaptor but no charging plug and no earbuds as part of Apple’s effort to reduce waste, improve sustainability and create a carbon free, end-to-end, design, manufacturing and distribution process by 2030.

Apple’s HomePod family expanded with the announcement of the HomePod Mini, which will retail for £99 and prove a counterpoint to the original hefty HomePod which came in at 3x the price.

Wrapped in a seamless mesh created for its acoustic properties, the flattened top of the otherwise spherical HomePod Mini features an illuminated touch pad for playback and volume control, it will react with colour changes when Siri is invoked too.

The addition of the S5 chip usually found in the Apple Watch SE along with advanced software uses what Apple calls Computational Audio to analyse the music up to 180 times per second to optimise the loudness and dynamic range and improve audio.

Multiple HomePod Mini speakers can play perfectly in sync across the whole house and placing two in the same room will automatically create a stereo pair. A new Intercom system means that a message spoken to one speaker will transmit to other HomePod Minis so messages can easily be passed around the house without the classic yelling from the bottom of the stairs that ‘TEA’S READY!’ Messages can also be passed to iPhone, iPad, Apple Watch, AirPods and CarPlay using Intercom too.

The last three years has seen improvements to Siri in terms of speed and information that is available and as a smart speaker, the HomePod Mini benefits from these. Siri can now recognise individual family member voices in order to personalise responses to requests.

The HomePod Mini can be preordered on 6th Nov and will be released the week commencing 16th Nov.