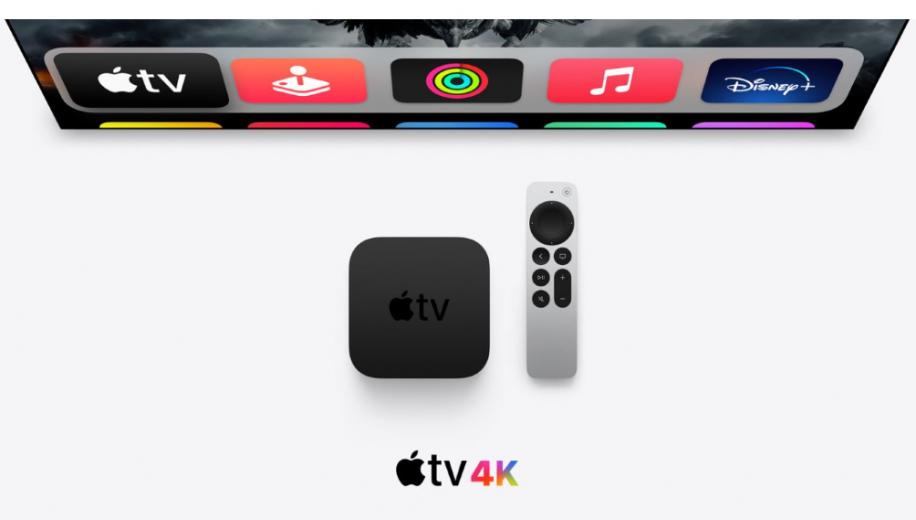 Apple TV gets buffed up with a powerful A12 Bionic processor, a new Siri Remote, 4K High Frame Rate HDR support and the ability to correct the colour balance of your TV.

After its introduction in 2017, the anticipated update for the Apple TV 4K set top box has arrived and while it might not be a huge generational leap forward, there’s more power to hand and a new, user friendly remote.

The A12 Bionic processor, which was previously found in the iPhone XS and 2020 iPad, replaces the A10X and is enough of a power lift to allow support for not only the HDR10 and Dolby Vision HDR formats but also High Frame Rate HDR at 60 frames per second. This means fast-action sports look smoother, though of course appropriate High Frame Rate HDR content is quite limited at the moment. It’s also now possible to stream 60fps Dolby Vision video footage shot on an iPhone 12 using AirPlay and have the new Apple TV 4K box decode it directly.

While the actual Apple TV unit itself remains largely unchanged, the remote control has now been replaced with an improved control device made from a single piece of 100-percent recycled aluminium that has a contrasting colourway so the dark buttons stand out more easily. The clickpad has been touch enabled and improved for a more intuitive experience. Moreover, the Siri Remote can be used to power up/down your TV as well as control the volume. The Siri button has been moved to the side of the device.

And in a move that could get armchair TV calibrators everywhere quite excited, it’s now possible to use your iPhone to colour correct your TV using the automatic correction feature in the new Apple TV 4K device. Simply hold the iPhone facing the TV screen with the correction mode on the box running and the iPhone’s light sensor will analyse the content on screen and send the information to the Apple TV 4K which will then adjust its output accordingly.

The all new Apple TV 4K comes in two storage options and will cost:

Preorders will be taken from 30th April with shipping expected from the second half of May.

The Apple TV HD will continue on sale for £139 but will now come with the new Siri Remote and for those simply looking for the new remote, it will be available separately at a cost of £55 and is compatible with the previous-gen Apple TV 4K and Apple TV HD.