Because good chips make everything better... 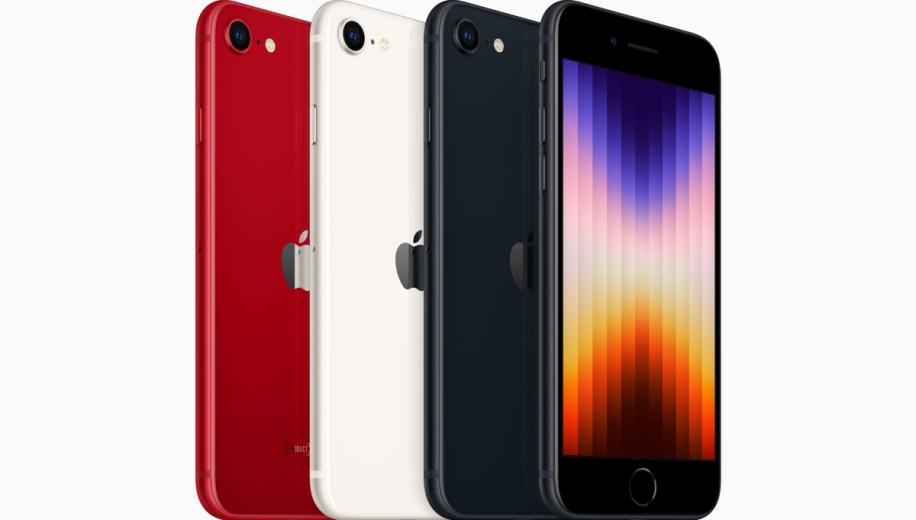 Apple has unveiled the latest additions to its ever-expanding catalogue, including the impending arrival of the new iPhone SE and iPad Air.

As part of its first Apple Event of the year, the company also announced the Mac Studio desktop computer, powered by the all-new M1 Ultra chip, along with a 5K Studio Display monitor. There's also a couple of new green finishes for its iPhone 13 range and if baseball is your thing, then Friday nights might be getting a bit more interesting. Most of these products will be ready from 18th March, with pre-orders starting shortly.

There's not a lot that's hugely surprising here, with these products being among the most common predictions ahead of the event (with a few variations). However, the potency of the new chip technology that Apple is using to upgrade these new devices is no less impressive - with the brand new M1 Ultra chip pushing the Mac Studio some way beyond the likes of the iMac or MacBook Pro. But let's start at the beginning...

It was certainly no surprise to see the iPhone SE leading the way, with headline features including 5G support, better battery life and a new camera system. It boasts a 4.7-inch Retina HD display using the same toughened glass seen on the iPhone 13.

The new camera system sees a 12MP wide lens with support for the likes of Smart HDR, Photographic Style, Deep Fusion and Portrait mode. We weren't given specifics of the improved battery, but are reliably informed it will surpass the previous generation, and even the older 4.7-inch iPhones.

With chips being very much on the menu, this iPhone SE packs Apple's A15 Bionic chip, which has a 6-core CPU that's 1.8x faster than an iPhone 8, a 4-core GPU that's twice as fast and a 16-core Neural Engine that's capable of 15.8 trillion operations per second.

It will be available in three colours - Midnight, Starlight and (Product) Red - with the option of 64GB, 128GB and 256GB models. Pricing starts from £419, with pre-orders taken from 11th March ahead of its launch on 18th March.

Described as the "most powerful and versatile iPad Air ever" this new-and-improved model now incorporates the M1 chip Apple introduced back in 2020 for the likes of the MacBook. With an 8-core CPU offering a 60% performance increase and an 8-core GPU that's twice as fast as its predecessor, Apple is claiming this to be some way ahead of the best Windows laptops in the same price range.

It has an 10.9-inch Liquid Retina display, with 500 nits of brightness and True Tone technology, plus an anti-reflective coating for good measure. It also has 5G support (up to 3.5Gbps at its peak), along with eSIM and Wi-Fi 6. It now boasts a new 12MP Ultra Wide front-facing camera, with Centre Stage to keep you in the middle of the frame.

It'll be running iPadOS15 (with the 15.4 update due shortly) and of course will support a lot of the usual suspects, including the second-generation Apple Pencil, Magic Keyboard and the Smart Keyboard Folio, not to mention being compatible with a host of other devices.

As with the iPhone SE, it'll be on sale from 18th March, with pre-orders starting a week before. It'll come in 64GB and 128GB variants, with pricing starting at £569 for the Wi-Fi model (£719 for Wi-Fi + Cellular) and five colours to choose from: Space Grey, Starlight, Pink, Purple and Blue.

Mac Studio and the Studio Display

Although there has been talk of a Mac Studio, and maybe a new display (though a new Pro Display XDR was the more common assumption), there's a good argument for these new announcements stealing the show a little. Certainly the Mac Studio sounds like it could be an absolute beast for creatives or those who need a lot of juice from their desktop computer.

It's a nicely nostalgic compact design (7.7-inches square and 3.7-inches high), powered by macOS Monterey. It comes in two variants; one using the existing M1 Max chip and one with a brand new M1 Ultra chip which is essentially two M1 Max's combined through 'UltraFusion' to create one new single super-chip with some 114 billion transistors. It's no surprise Apple describes it as "the world's most powerful chip for a personal computer."

To keep a possibly even longer story short, the M1 Ultra offers double the capacity of the Max, in terms of its 20-core CPU, 48-core GPU and 32-core Neural Engine. Where the M1 Max offers a 50% CPU improvement over the Mac Pro with a 16-core processor, the Ultra delivers a 90% upgrade. While the Max has a GPU that's 3.4x faster than a 27-inch iMac, the M1 Ultra version is 4.5x faster. Similarly, where the Max offers up 64GB of unified memory, the Ultra boasts 128GB. Oh, and apparently it can play back 18 streams of 8K ProRes 422 video, "which no other computer in the world can do."

The Mac Studio comes with a good supply of connections, including four Thunderbolt ports, USB-A and USB-C, plus HDMI, a 10Gb Ethernet port and a pro audio jack. If you need a multi-monitor display, you can hook up to four Pro Display XDRs plus a 4K TV at the same time! Or maybe get yourself the new Studio Display...

This 27-inch 5K Retina screen has 600 nits of brightness and support for more than one billion colours. From our AV perspective, we're intrigued by the Dolby Atmos support through its six-speaker configuration, featuring four force-cancelling woofers and two high-performance tweeters, along with a three-mic array.

The Studio Display also comes with a 12MP Ultra Wide camera with the Centre Stage tech in place for the first time on a Mac, along with a stand that can tilt 30-degrees so that you can always capture your best side (with an optional height adjustment and mount). It comes with three USB-C and one Thunderbolt port, meaning you can connect up to three of these to a MacBook Pro if you wanted to.

To wrap up the rest of proceedings, Apple also released two new finishes for its iPhone 13 range, with the standard model getting a new green look and the Pro adding a slightly more exotic Alpine Green look. It might not sound like much but Apple enthusiasts do love a new colour, while the other upgrades in line with the newer iOS 15 models will also be welcome.

And finally Apple TV+ will be getting Friday Night Baseball with live MLB matches and further content coming when the new season starts - although we should note that the caveat that it will only be for "a limited time, without the need for subscription." It's not available in all regions, but the UK is among the nine that made the first team, with other countries to follow at a later date.

For more information on all of these products, head on over to the Apple website. Or maybe let us know what caught your eye, or perhaps something you were hoping for that didn't get a mention? There was a cheeky teaser for something on the MacBook Pro, but that was an announcement for another day...