Anthem for the AV enthusiast 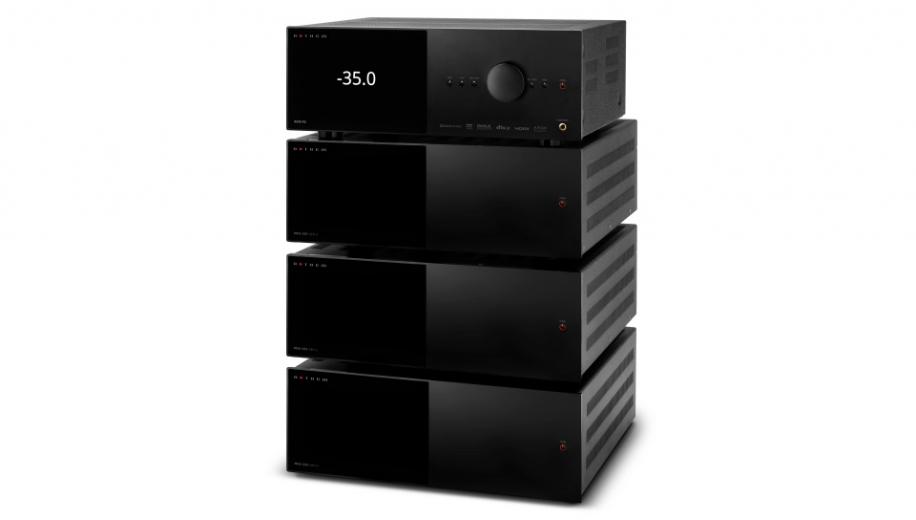 Anthem has announced the newest versions of its high-end multichannel home theatre and music audio hardware with the launch of the new MRX 540, MRX 740 and MRX 1140 AV Receivers, the AVM 70 and AVM 90 AV Processors and three GEN2 power amplifiers in the form of the MCA 225, MCA 325 and MCA 525 amps.

That’s a grand total of eight new products with new capabilities and integration options as well as the features fully expected by AV enthusiasts looking to get the best performance from their home cinema and audio setups.

The AVC and MRX series of processors and receivers are presented as ‘HDMI v2.1 8K Upgradeable’ but, aside from this being a hardware upgrade, there’s no further indication on how the process will work logistically or when it will be available. No doubt recent reports of HDMI 2.1 implementation problems in competitor’s newly released AV Receivers will be leading towards more carefully worded press releases from Anthem’s about its own HDMI 2.1 roll out.

There’s a redesign for the MRX and AVC housings which now have a modernised high resolution front panel display. The electronics and DSP platforms have been upgraded across the board too.

The new processors and receivers boast an increase in available channels, the latest version of the Anthem Room Correcting Genesis software (aided by a redesigned, higher precision calibration microphone) and access to the Anthem Web User Interface. This allows owners to easily access any function or setting and make changes to their Anthem hardware on the fly using a phone, tablet or laptop. In addition, the web UI can also be used to calibrate speaker delays and levels, configure network settings/control options and enable source devices to be renamed. The New Networking Platform also helps with web-based setup and over-the-air updates.

All models now add IMAX Enhanced support to the existing Dolby Atmos and DTS:X audio formats and streaming of music and podcasts is possible via AirPlay2, Google Chromecast (Audio) and Bluetooth v4.2. According to Anthem, both Spotify Connect and Roon support are coming soon.

MRX receiver channels can be assigned in many ways with the re-assignment of up to ten channels on the MRX 1140, six on the MRX 740, and four on the MRX 540. This could be to set up a configuration of height, width or presence speakers, bi-amp demanding speakers or for powering an additional audio zone in a whole-house system.

The AVM 70 and AVM 90 largely match the feature set of the MRX receivers thus they also include the 7 HDMI 2.0b inputs which can pass ultra HD signals with Dolby Vision, HDR or Hybrid Log Gamma. They also have 2 HDMI outputs, one of which supports eARC for connection to compatible TVs, as well as an independent Zone 2 HDMI. However, the processors add a MM phono stage which the MRX receivers lack.

The latest MCA Power Amplifiers are available in two (MCA 225), three (MCA 325) and five (MCA 525) channel configurations and are designed to be a perfect match for the AVM 70 and AVM 90 AV Processors both sonically and aesthetically.

Power ratings start at 225 watts into 8 ohms and go up to 600 watts into 2 ohms while driving the most demanding speaker loads, and all the Gen2 MCA amps feature a high current output for lower distortion as well as extremely low background noise thanks to the 120dB signal-to-noise ratio.

Long term performance and reliability is aided by Advanced Load Monitoring to ensure protection from clipping.

The scaleable nature of the MCAs means customers only have to purchase the channels they need to power their ideal home entertainment setup. Though of course, should the full 15 speakers and 4 subwoofers that are supported by the AVM 90 be required, the correct configuration of MCA Gen 2 amps will supply the power.

Estimated availability is December 2020 at the following UK prices: