Free £10 for shopping with small businesses 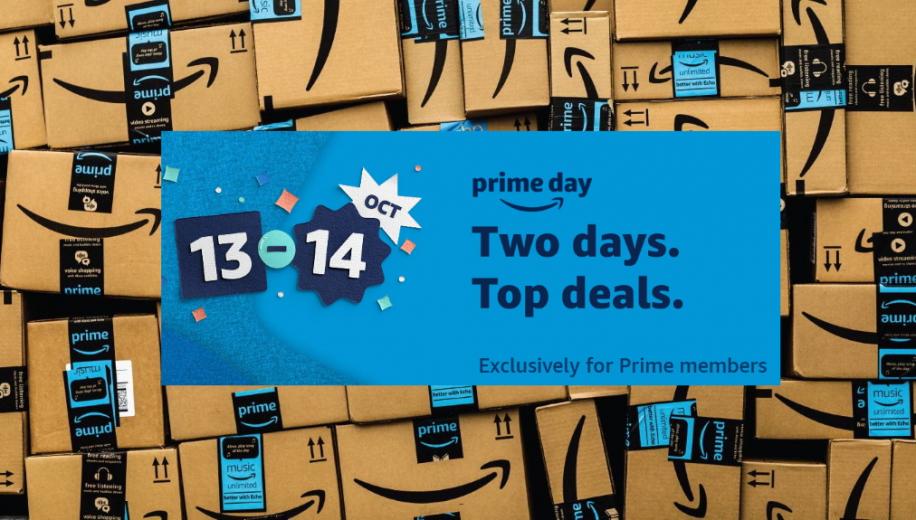 Amazon’s delayed Prime Day will run from 13-14th October this year and is a chance for Amazon Prime members to get hold of a range of tech based goodies at discounted prices for 48 hours, with early deals already appearing.

Although the pandemic might have necessitated a move from the more traditional mid-July slot, it hasn’t completely halted Amazon’s annual sale bonanza. With large numbers of people still under some form of restriction in the UK and facing the possibility that this may become more widespread, the opportunity to get some early Christmas shopping in at bargain prices could be very tempting.

Starting at 00:01 am on Tuesday 13th October and running until 23:59 Wednesday 14th October, Amazon’s Prime Day sale will offer discounts on technology, fashion, homeware, gaming and Amazon's own products. To help out smaller businesses who trade through its Marketplace, Amazon are offering £10 free credit to spend during the sale period to those who spend £10 between now and Prime Day at small businesses on the site.

As the name suggests Prime Day is for those customers who are Amazon Prime members, however, if you’re not currently signed up that doesn’t mean you’ll miss out. A free 30-day trial period means you can sign up for Amazon Prime membership to take advantage of the sale period without committing beyond that. But who knows, perhaps you’ll decide the £79.99 annual membership fee is worthwhile to take advantage of Prime benefits which include:

The two day sale period will see reductions on a range of goods but for the tech minded the sorts of products to look out for will be laptops, TVs, Hi-Fi and music products and computer games. Featuring heavily will be Amazon’s own electrical range of Kindle e-readers, Fire tablets, Ring security devices and older models of Fire TV devices and Echo Dot speakers following the recent announcement of the new generation versions. As with all sales, these discounts will only last as long as there’s available stock and home electrical items are always popular.

There will also be Lightning Deals which will last for a much shorter period of time (often only a few hours) and Amazon Prime members get 30 minutes exclusive early access to these.

Amazon offers advice to get the best out of the sales period including early sign up to the Prime membership itself, installing the Amazon Assistant to use the ‘Watch This Deal' alert option, following blue badge Prime Day deals and using Alexa for guidance by asking “Alexa, what are my Prime Day deals?” Also, make a list of items you want/need and allocate a budget and stick to it. And if you miss something you’ve got your eye on, don’t sweat it, there’ll be Black Friday, Cyber Monday and Christmas sales coming up too.

Early deals currently include the Ring Spotlight Cam Battery down to £139 from £199 along with discounted refurbished Amazon Echos, Echo Pluses, Echo Shows and Echo Studio speakers.

Speaking about the confirmed date, Doug Gurr, Amazon UK Country Manager said “After a tough six months for everyone, we’re committed to making this the most successful Prime Day ever for small businesses, and excited for members to discover the very best from artisans and entrepreneurs in the UK, whilst saving big on everything they need and love from the comfort of their homes.”

Why not let us know in the comment section what you’ve got your eye on.