Positive response despite some fan grumbles 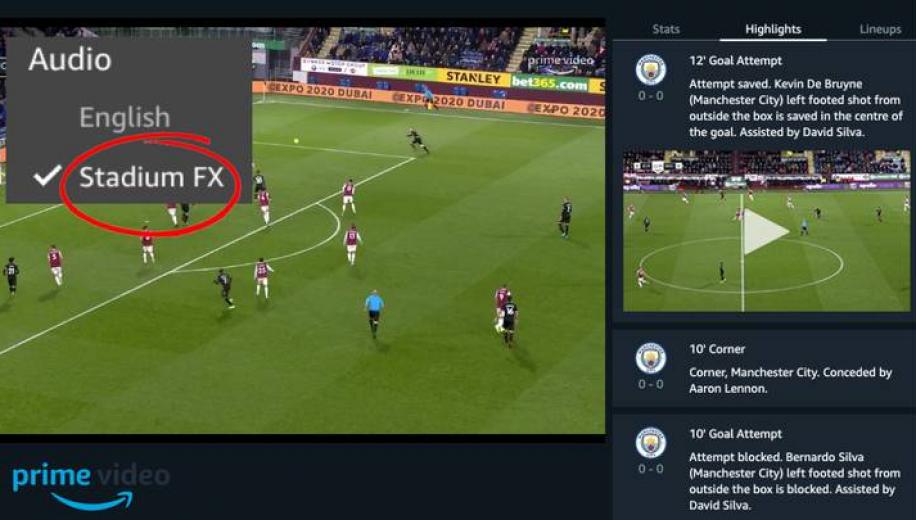 E-commerce behemoth Amazon’s foray into live Premier League football action extended the reach of the EPL games taking the total number of domestic fans who could access live coverage of the matches via their TV to almost 75-percent.

As part of Amazon Prime’s £90 million, three year deal to show 20 live matches a year until 2021, the US streaming service ushered in one of the biggest changes to how UK football fans have traditionally experienced televised soccer. And, as reported by the Evening Standard, the increased interest generated by this landmark event being broadcast resulted in the record for new daily Prime memberships being broken over the 3rd and 4th December as fans responded to the opportunity to experience an entire round of 10 EPL matches either as multiple matches simultaneously, or later on as catch up programming. However, according to the Bloomberg news agency, Amazon declined to comment on how many new subscribers had been attracted to Prime since it began marketing its Premier League coverage.

There are also no figures on how many new subscribers took advantage of Amazon Prime’s free 30 day trial period which will provide enough access to allow fans to see the second tranche of EPL matches starting on Boxing Day. Amazon Prime will be aware that a number of subscribers will have signed up just to experience the live football and will therefore not extend their membership beyond the free period. Netflix has recently stopped offering their own free 30-day trial fully aware that viewers subscribe just to binge watch certain shows and then leave the service after the trial has expired.

Market research group Ampere Analysis estimates that out of Amazon’s 9 million or so Prime Video subscribers, around 900,000 watch Premier League football and this boosts the number of domestic football fans who can access live coverage of an EPL match to almost 75-percent when added to those who also access games via Sky and BT who, combined, allow access for around 54-percent of fans.
According to Ampere’s research, just over 25 percent of fans have no access to live televised games or watch communally in a bar or pub.

Like all change, there was a mixed response to some elements of Amazon Prime’s broadcast but given the scale of the undertaking and the absence of any terminal technical problems, the overall response has been a talking-to-by-the-ref rather than a red card.

There were some complaints about buffering or synchronisation issues that resulted in fans receiving mobile notifications of goals before they had been broadcast and Amazon will, of course, be addressing this feedback in the run up to the second batch of games just after Christmas, which traditionally draws the largest audience of the season. After Amazon’s last game on Dec. 27 2019, Sky and BT will take back EPL coverage until Amazon’s 2020 game packages are scheduled.

Positive responses from viewers were drawn by the commentary-free option and the availability of inin-gametats and highlights available to watch almost immediately but the coverage, which was supported by around 70 well known commentator,s presenters and pundits, did not attempt anything too radical in its presentation.

Minal Modha, a media analyst at Ampere Analysis, said, “I think the market reaction has, generally, been really positive.” He went on, “They included features such as the ability to turn off commentary, which has gone down very well with fans.”

After this relatively successful test run, and assuming that there are no fatal flaws in the next two years’ worth of transmissions, there will no doubt be behind the scenes negotiations to expand what Amazon Prime might be able to offer football fans around the world in future.

Did you watch the matches and if so do the streaming experience go smoothly? What were your thoughts on the presentation? Why not chat about Amazon Prime’s first stab at Premier League footie in the discussion thread.