Google tunes in to Amazon Music 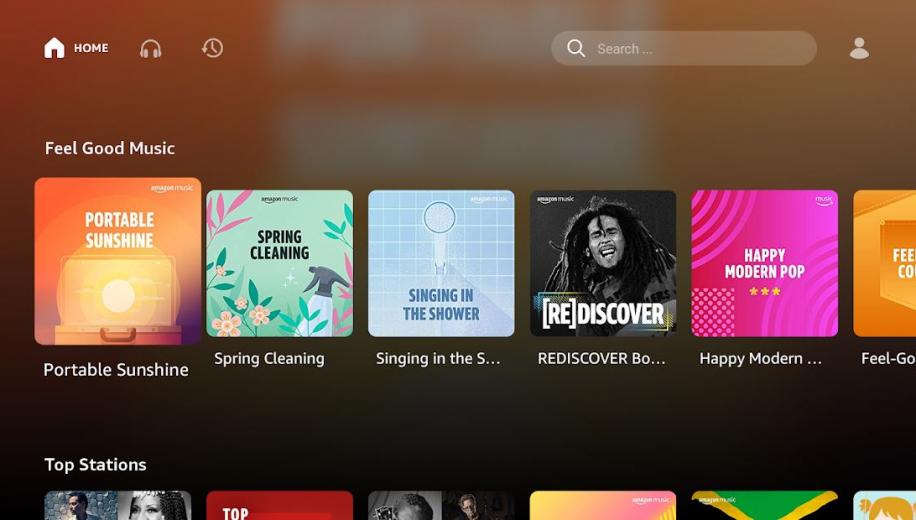 Previously only available for a few select Android TV users, Amazon Music is now fully to hand on Android TVs, set top boxes and consoles that use Google’s smart TV OS, along with Chromecast with Google TV devices.

Even though Amazon Music is a rival to YouTube Music, Amazon and Google, the two media giant parent companies, are now seemingly content to play nicely together after more recent times when each banished the other’s merchandise/service from their own platform - a situation now thankfully behind us.

Now, users in the U.S., U.K., Canada, Brazil, Mexico, Germany, France, Italy, Spain, India, Japan, and Australia can locate and install the new Amazon Music app from the Play Store of their Android TV device to get access to the Amazon Music streaming service.

Once installed, Amazon Prime members can access Amazon Music for free as part of their subscription, though the available library has a limited number of personalized playlists and curated songs. To open that up to the full 70 million songs, listeners need the Amazon Music Unlimited tier which costs £7.99 per month on top of the  Prime membership, or £9.99 if you are not a Prime subscriber. And if you’d like a little taste to see if it’s worth subscribing, there’s a free ad-supported entry level trier if you don’t mind interruptions by ‘sponsors’.

Amazon has been updating its Music service of late and in November 2020 added the popular Prime Video X-Ray feature which serves up a behind the scenes look at song information, artists, and albums “with access to everything from fun trivia to song credits, related content, and more.”

The arrival of Amazon Music to Google TV comes hot on the heels of the recently added Apple TV app, which includes Apple TV+ along with the service’s many original movies and TV shows. Though Google TV is only available on the company’s latest Chromecast platform at the moment, it will be coming soon to smart TVs from Sony and TCL due for release in 2021.

For U.S. customers, the ad-supported but otherwise free IMDb TV streaming service has also been made available on Google TV and Android TV devices and offers a wide variety of movie content, big-name network franchises (such as The Walking Dead), and plenty of classic television shows. It’s likely that IMDb TV will be coming to the U.K. soon as job applications for UK positions were advertised towards the end of last year, but there’s no firm date on that yet.