Amazon enters TV market on the strength of its own name 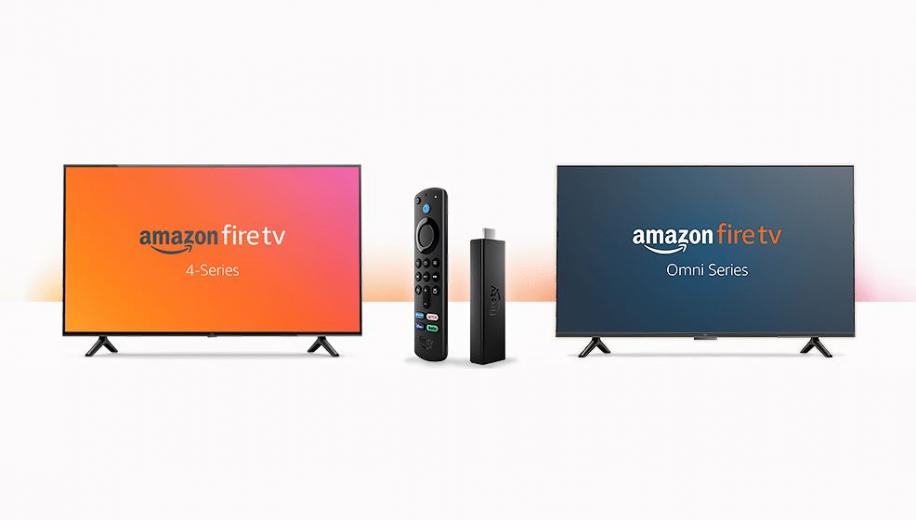 Amazon has announced its first generation 4K TVs in the form of the Amazon Fire TV 4-Series and Omni ranges, along with a new Fire TV Stick 4K Max streaming device.

After having previously partnered with Best Buy to promote Amazon Fire TV powered JVC and Toshiba TVs in the US and having launched TVs in India under its AmazonBasic label, Amazon has now fully entered the TV sector under its own steam with two self branded TV ranges; the higher end Omni series and the more budget friendly 4-Series. Not that the consumer giant has abandoned its streaming roots - it’s launching a new streaming stick too, the Fire TV Stick 4K Max.

The two Amazon Fire TV ranges will only initially be available in the US and Canada online and as part of Amazon’s Best Buy partnership. The Omni 4K models start at 43-inches for $410 before moving onto 50-, 55- and 65-inch models then topping out at 75-inches at a cost of $1,100.

The smaller trio of TVs will support HDR10 and HLG HDR while the 65- and 75-inch models add Dolby Vision support too while also flaunting slimmer bezels and a more lifestyle friendly look.

All Omni models will support Dolby Digital Plus audio and, with the addition of far field microphones for clear vocal instructions across the room, voice commands will give access to the expected portfolio of Amazon services.

There’s also access to TikTok straight from the TV, the ability to pair with Amazon Echo smart speakers for a more immersive sound complete, and multi room audio is available from the TV too.

Users of Ring doorbells will be able to view their front door video feed live via picture-in-picture and additional smart cameras around the home can also be viewed on screen. Keeping in touch with friends and family is easy with a webcam and the included Alexa Calling function which allows video calls to be initiated by voice command (this feature will be available later in the year).

Amazon confirmed to Ars Technica that its TVs do not support full-array local dimming and that each panel is limited to 60Hz, though VRR between 48-60Hz is available on one HDMI port which also supports eARC and a low latency mode. It’s rumoured that TCL is the manufacturer behind the TV sets and, while likely, this has not been confirmed.

The introduction of the Fire TV Stick 4K Max brings a new 1.8GHz processor with 40-percent more processing power and an improved 2GB of RAM which should provide smoother 4K streaming along with improved cloud gaming using Amazon’s Luna service.

There’s support for HDR10+, Dolby Vision and Dolby Atmos and the ability to connect to compatible Echo devices such as the Echo Studio for a more immersive home cinema audio setup. And the latest Alexa Voice Remote allows for hands free searching of content and for issuing vocal instructions to your smart devices.

The Omni TV series will be available for pre-order via Amazon with full retail availability starting October 27th.