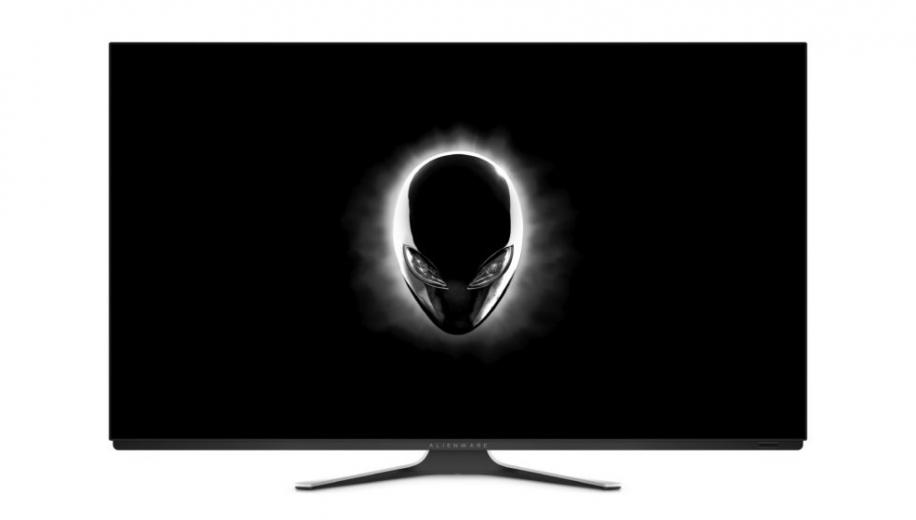 On demo at CES earlier in the year, the Alienware AW5520QF 55 inch OLED gaming monitor will be available on September 30th. Are the lines between TVs and gaming monitors so blurred that one product can fulfill both functions?
For gamers who feel they have been left behind their TV compatriots in the technology stakes, Dell’s Alienware brand has now released full details of their 55-inch OLED Gaming Monitor - the AW5520QF. It’s due for release in the US on September 30th and a month later on Oct 30th in the EMEA (Europe, Middle East and Africa) territories.

Tapping into the current trend for the Big Format Gaming Display (BFGD) initiative being championed by the likes of Nvidia, Acer and ASUS with their 65-inch gaming screens which are based on LCD panels, the Alienware OLED Gaming Monitor features a mixed bag of features for its asking price of $4000 (£3,199).

The OLED panel sports a 4K resolution of 3840 x 2160 pixels and will provide 98% coverage of the DCI-P3 colour space, plus it comes with a variable refresh rate of 120Hz and will support for AMD FreeSync.

Connectivity includes a DisplayPort 1.4 which allows video at 4K @120Hz as well as 3x HDMI 2.0, 4x USB ports, SPDIF audio and headphone outs. The lack of HDMI 2.1 means the monitor will not allow upcoming consoles such as the PlayStation 5 and Xbox Project Scarlett to perform to their full potential as they are rumoured to be able to output 4K video at 120Hz which does need HDMI 2.1. PC gamers can use the DisplayPort so will be able to take advantage of the super smooth, ultra high resolution gaming on offer as long as their hardware is outputting these numbers.

Disappointingly, there’s no HDR support and the display only has a peak brightness of 400nits so gamers might want to rethink using the panel to watch UHD movies on. However, it does feature some game specific features including a built-in FPS counter, input latency and a very fast 0.5ms response time which easily beats that which even the fastest OLED TVs can manage. It also features customisable strip lighting around the rear of the body and the company’s latest Legend design.

This gaming panel comes under Dell’s Premium Panel Exchange program that allows customers to replace the display if they find even a single bright pixel - as long as the panel is still under warranty. It also comes supplied with its own remote control.

There are OLED TV alternatives which could be used for gaming purposes but they’ll lack some of the more specific gaming touches the AW5520QF has to offer but a TV OLED model like LG’s C9 will get you fairly close and provide HDR support for an improved image to boot.

Are there any AVForums hardcore gamers who would be interested in an OLED monitor to enhance their gaming experience? Let us know in the discussion thread.