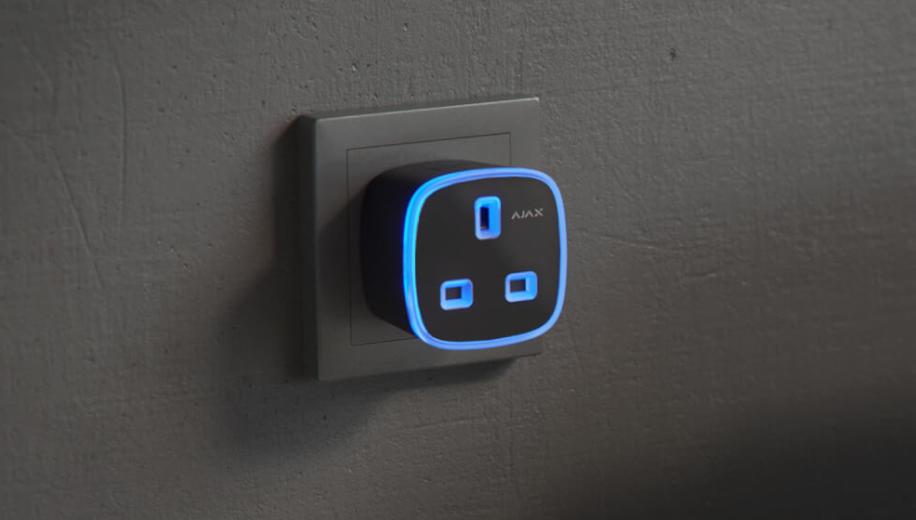 Specialists in home security Ajax has announced the UK Socket, designed to bring security and home automation features straight out of the box.

Formed in 2011 and now protecting a million premises with its security devices, Ukrainian based Ajax Systems has used its third Special Event online presentation to introduce the UK Socket, a version of Socket which is compatible with Type G plugs found in the UK, Ireland, Malta, Malaysia, Cyprus and elsewhere.

Sporting a redesigned, minimalist shape, the UK Socket is a smart plug that combines with Ajax alarm devices to deepen the security experience as well as allow entry to the wider home automation world - all straight out of the box. It can manage appliances on the go, measure and monitor power consumption and protect from power surges.

Socket is fully independent of traditional Wi-Fi for its communications and instead uses Ajax’s proprietary Jeweller radio technology. This provides an unprecedented maximum range up to 1,100m of bidirectional encrypted communication, which is up to seven times that offered by other smart home industry providers.

Activating/deactivating the UK Socket is possible via a number of approaches including; the on-device functional button; a single press for owners of the Ajax Button; or by a simple tap in the Ajax app.

Within the app’s Device Setting’s menu there’s also the flexibility to set the overcurrent protection threshold for even more safer automation of your appliances as well as set the UK Socket’s LED brightness to one of fifteen different levels.

More widely, using Socket in combination with ‘scenarios’, users can automate routines such that arming the Ajax security system will switch off the lights, or set up home activity simulation with lights and TV. It’s even possible to install a sustainable anti-flood system that will shut down water upon first signs of leakage.

The UK Socket comes in black or white and will be available in Q1 2022 from Ajax’s official partners in the UK with an RRP that will be announced closer to the release date.