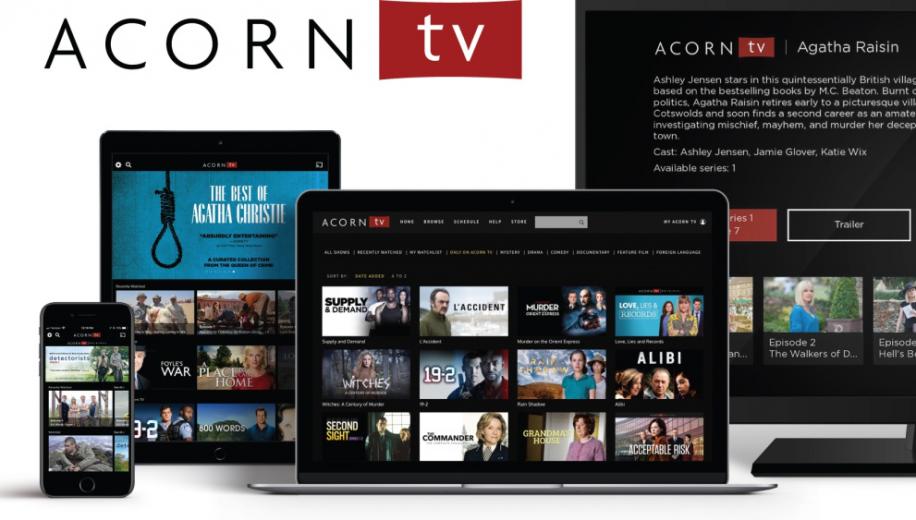 AMC has announced that its Acorn TV streaming service, which centres around British programming, will be launched in the UK at the end of the month.

April 29th will see the rollout of AMC Network’s Acorn TV and, while the name conjures up antiquated images of a rose-tinted but slightly haphazard, low-rent approach, it could be the perfect answer to UK viewers who are running out of fresh content or are looking for something a bit different to watch during the country's coronavirus lockdown.

Certainly, over 1 million US subscribers are happy with the selection of “high-quality, world class dramas, mysteries and comedies” from U.K., Australia, New Zealand, Ireland and Scandinavia.

The service will launch with a selection of dramas including ITV’s Foyle’s War and the BBC’s Keeping Faith. It will deliver its own programming too and will feature British-produced original Queens of Mystery, which was created by Doc Martin writer Julian Unthank - the series follows female detective Matilda, and her three crime writing aunts.

The launch sees Acorn TV join an increasingly crowded SVOD market where having a unique selling point will definitely help make your service stand out. With its UK focussed content, Acorn TV could be seen as being in direct competition with the recently launched Britbox, although commissions from Ireland (for period mystery series Dead Still) and New Zealand (for thriller The Sounds) could help it stand out.

For a limited time, Acorn TV is offering a 30 day free trial after which the subscription fee is £4.99 per month or £49.99 annually, which puts it in line with Apple TV+ as one of the cheapest streaming services currently available.

The service will also be available on numerous devices including, Roku, Fire TV, Android, Apple mobile and Apple TV and is coming soon to Amazon Channels and Apple TV Channels.

Matthew Graham, General Manager, Acorn TV, said, “Acorn TV has been phenomenally successful in North America, and we’re excited to bring our slate of exceptional programming from around the world to UK viewers.”

Acorn TV owns a majority stake in the Agatha Christie literary estate, which may explain the tendency towards mystery/detective/legal/investigation programming, and launched in the US in 2011 before expanding internationally in 2018 to Australia, New Zealand and Latin America, among other territories.

Will Acorn TV’s murder mystery schedule provide an entertaining addition to your streaming options? Why not let others know how you found it if you decide to ahem ‘investigate’ further!