8K TV: Are consumers ready for this step yet? No. No they are not. 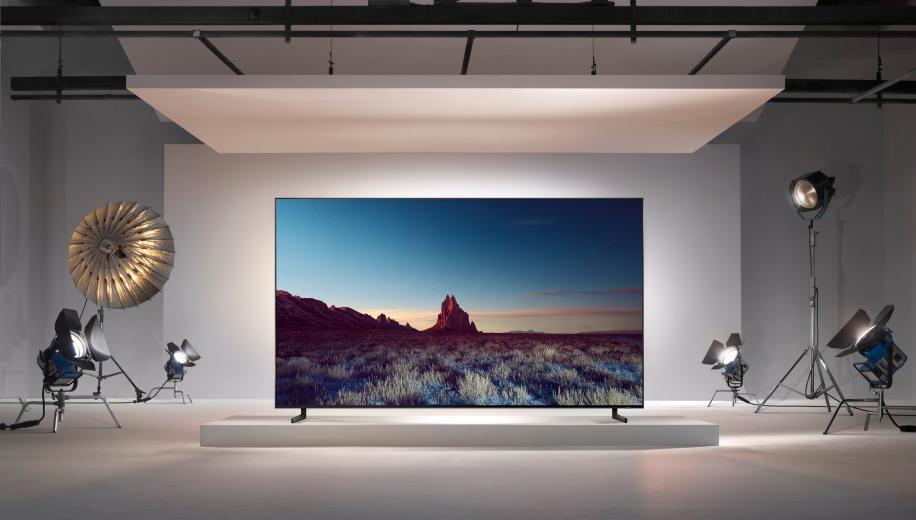 The annual IFA Global Press Conference is an aperitif designed to give a preview of tech and trends ready for the Berlin show later in the year. This year it hosted 300 journalists from 55 countries and was held in Huelva, southern Spain where Maria Rua Aguete, executive director for IHS Markit for Technology, Media & Telecommunication markets, gave an industry briefing which addressed one particular trend that TV manufacturers are keeping a very close eye on - whether consumers are actually ready for 8K TVs.
Since the introduction of Samsung’s 8K Q900R in 2018, there has been a steady hum of 8K chatter from manufacturers as they showcase and introduce 8K TV models which naturally sit at the very top of the flagship ranges due to their cutting edge technology, huge screens (to actually take advantage of the 33 million pixels on offer) and high prices.

Samsung has the 2019 Q950R QLED range and has indicated that 8K is very much a part of its business plan going forward. LG has the 75-inch SM99 NanoCell LCD plus the world’s first 8K OLED, the 88Z9 - neither of which has a release date or price yet, though both are expected in the second half of 2019, and Sony has the 85 and 98-inch ZG9 (or Z9G in the US) with the larger screen option costing an obscene $70K.

So, while companies such as Hisense, Philips and Panasonic have yet to commit to 8K as part of their announced TV ranges, there’s a fair amount of technological (and financial) muscle flexing going on between the larger companies as they use R&D as a way of making news headlines and testing what might get some market traction.

As reported by the Korea JoongAng Daily, Aguete reckons that this is all somewhat premature and that consumers won't be interested in 8K for another five years or so. She told the news outlet, “We’re realizing in Europe, people say this is too early - [that there’s] no point at all to speak about 8K. It will not happen in the near future. Our projection figures are very low.”

“Technology companies always want to push technology boundaries,” added Aguete, “but at the moment there seems to be a disconnect between consumers and 8K TV makers.”

A number of problems impede the take up of 8K and none of them are surprising as they tend to be factors for all new technology being introduced to the consumer market. The first is the prohibitively high cost, and while having a premium price can actually push a product into a ‘must have’ category (for example high-end mobile phones), to have mass market appeal, it has to fit into certain budget considerations.

Secondly, the lack of 8K content available to make the most of the new technology. This is partly fueled by a lack of infrastructure to enable 8K content to be cost-effectively made and distributed. There are some plans for global events such as the Olympics to be broadcast in 8K and Rakuten indicates that it plans to add 8K movies to its TV package but with so few 8K TV sets predicted to be in place across the globe, it seems somewhat premature.

There is also the huge amount of data bandwidth that 8K content will take up as it moves around the consumer’s home, putting additional strain on wireless networks that are already struggling with most families’ multiple devices.

Pointing out that even the current high-end 4K TVs are still in the process of making their mark, with a global penetration rate of 8.8 percent, Aguete went on, “Very few [channel] operators have full ultra HD channels. If they already have worries about the costs for 4K, imagine what they’ll think about 8K.”

According to IHS, it might be China that actually pushes 8K to the fore. Currently, they are experiencing the greatest penetration of UHD TV sets at nearly 20%, while the Asia-Pacific average is 5 percent.

Aguete explained, “In China, 4K TVs are status symbols. It’s the latest technology to show your friends when they come by your house. It doesn’t matter if anyone watches or not,” she said.