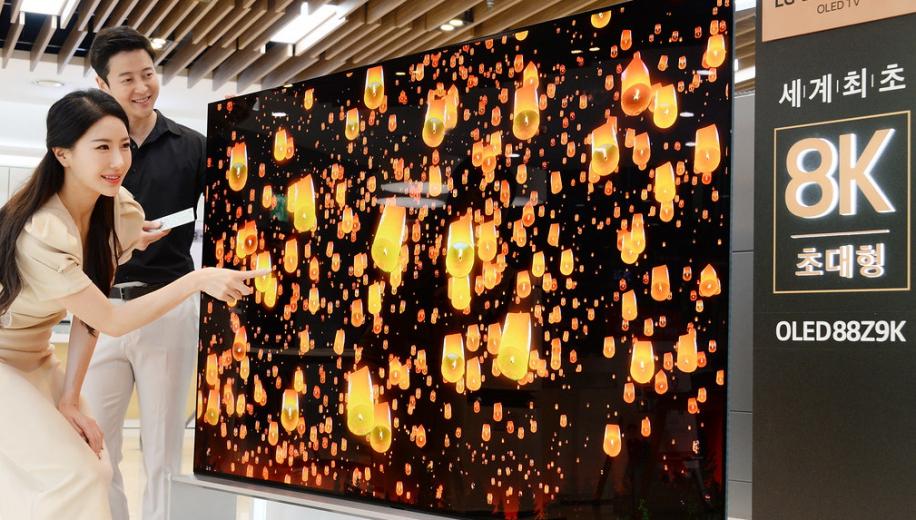 Samsung and LG Electronics’s recent spat over 8K image quality may have raised the profile of 8K televisions but that hasn’t translated into sales, unfortunately.

If the corporate execs thought that a high profile war of words between the two biggest TV manufacturers in the world over the technical ins and outs of each other’s 8K offerings would translate into extra interest resulting in a surge in sales, then the latest figures from tech market research group, IHS Markit, will be a disappointment.

Q3 of 2019 saw recorded global sales of 8K TVs drop to 16,300 units from 32,500 in the previous quarter. First creeping onto the market in late 2017, sales of 8K models actually more than doubled from 15,100 in Q1 2019 to 32,500 in the following quarterly period, so the slump in Q3 is disappointing and unexpected. Particularly since global TV sales in the July to September period grew nearly 15 percent to 54.8 million units, up from 47.7 million in the previous period. However, 8K TVs accounted for a mere 0.05 percent of this rise in sales in Q3 and while the decrease in 8K sales is just on the back of a single data point, it emphasises how vulnerable the 8K market is at this early stage.

So, has LG’s public attack on Samsung at IFA in September regarding its failure to attain certain image standards, and Samsung’s eventual response, actually done some damage to both brands? It’s hard to say, as any legitimate fallout from this confrontation would only really come to light in the fourth quarter and this could possibly be alleviated by buoyant end of year sales.

What does need to be recognised by the two South Korean companies is that the merest whiff of format inconsistencies surrounding 8K is likely to scare away the average TV buyer and the effect on the current small numbers will be disproportionately noticeable.

However, there are other factors that are likely having an effect on sluggish sales, most of which have been heard before. Currently, there are only a handful of companies selling 8K TVs worldwide including Samsung Electronics, LG Electronics, Sony, Sharp, Hisense and TCL (which is currently selling 8K TVs only in China) so there isn’t the volume of 8K models on the market that will start to drive prices down. And of course there’s the old ‘lack of 8K content’ chestnut and whether upscaling is enough of a push for consumers.

On the back of this uncertainty, it’s unlikely that 2019 sales of 8K TVs will reach IHS Markit’s forecast of 166,700 units given the total sold by the end of Q3 2019 was 75,000. This means that the last three months of the year will have to account for 91,700 units to attain the 167K target. Of course, this will encompass the Black Friday and Festives season sales period, so a sudden surge is possible.

2020 should see a concerted push by Samsung to expand the 8K TV market and more TV makers, including Chinese manufacturers who are now established players in the sector, are expected to release more 8K TVs next year. IHS Markit’s existing forecasts predict a jump from this year's 167K to 634K in 2020 and then over three million in 2023. Whether these sales figures need reappraising will no doubt beome apparent in the coming months.

AVForums has useful features on both the contrast modulation method that is proving controversial in the determination of 8K image quality and also what other factors, other than just pure resolution, need to be taken into account when considering the 8K television experience.