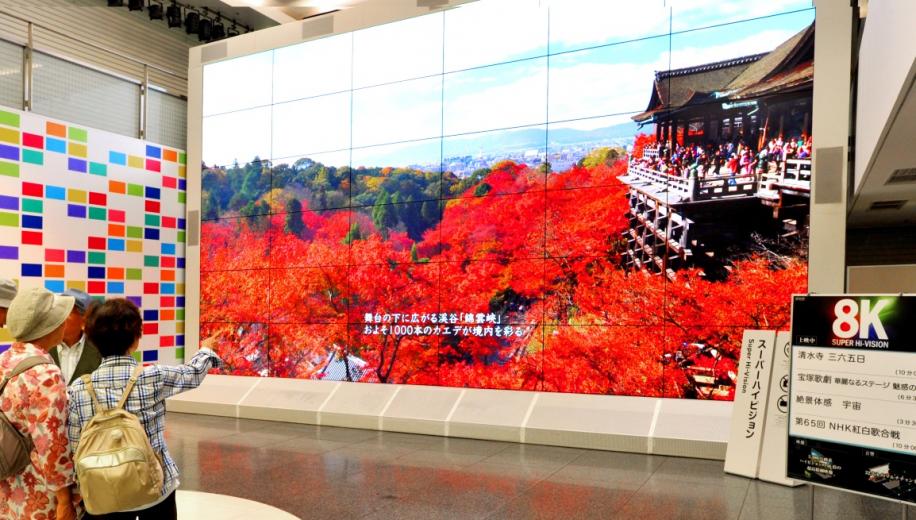 Two recent reports, ‘Connected Home Devices' by Strategy Analytics and ‘The 8K Technology Market by Product, End User and Geography’ by ResearchandMarket.com both have some interesting predictions about 8K take up between now and 2025.
The biggest take home figure from the Connected Home Devices report is a predicted 56 million 8K TVs that will have been sold by 2025. This is a figure which the report classifies as ’modest’ growth and it ultimately concludes that, while the future 8K market will benefit TV vendors as they ship their latest 8K products, it will prove less meaningful for those creating content.

Meanwhile, a second report, issued by ResearchandMarket.com at roughly the same time, states the projected overall 8K market (including TVs, monitors, laptops, projectors and professional cameras) will reach $26.8 billion by 2024.

The Strategy Analytics report projects one year further ahead to 2025 and increases that estimate to $35 billion revenue solely from 8K TVs, which will encompass annual sales of 31 million units. The prediction for sales in 2019 is 0.5 million units, which essentially represents the first year of sales as 8K technology is slowly released to the consumer. All new technologies will have early adopters for whom high price and early compatibility issues are not a consideration and 2019’s early adoption sales still represent $2.9 billion according to the ResearchandMarket.com report.

The two reports differ slightly in their interpretation of the main areas of growth. The Strategy Analytics report states that the US will be the most successful market with 8% of households owning an 8K TV by 2025, whereas ResearchandMarket.com concludes that the APAC countries (Asia-Pacific) are expected to hold the largest share of the 8K technology market during the forecast period, with North America holding second place. Strategy Analytics, however, do concur that China will see the highest volumes of 8K TVs shipped by 2025.

The US uptake of 8K TVs will benefit from the current acceptance of super-large screens already prevalent in the country while China’s domestic vendors have a track record of adopting new technologies quickly, thus catalysing the market. Sales outside of these two areas will be slower, Strategy Analytics concludes.

Director at Strategy Analytics, David Watkins, states, “8K TV is likely to attract a lot of attention this year.” He goes on, “TV manufacturers and video technology vendors are all keen to promote the idea that 8K is a logical and inevitable upgrade to today’s 4K. This makes sense, up to a point, and 8K will achieve a foothold in the market where demand for the largest screen sizes is strong.”

Regardless of any numerical discrepancies, both reports agree that the predicted pattern is one of growth.

This growth will be driven by increased investment and manufacturing capacity, plus consumer desire for ever-larger TV screens with higher resolutions (8K provides 33 million pixels at a resolution of 7680 x 4320). Strategy Analytics states that sales of 8K TVs will be concentrated in the 60-inch and above screen size category which, by 2025, will account for more than 70% of 8K TV demand.

Pulling demand in the opposite direction will be factors such as uncertainty about the viability of 8K technology in market segments such as smartphones, tablets and automotive displays, and limited availability of 8K content (and the cost of its production) reports ResearchandMarket.com.

“The availability of true 8K content is going to remain extremely restricted for some years,“ Michael Goodman, Director TV & Media Strategies, said. “Many content providers and distributors are still migrating to 4K from basic HD and will see little justification in investing in 8K when so few viewers will see any benefit for many years. Instead, they should focus on other important image enhancement technologies such as HDR (high dynamic range) and HFR (high frame rate).”

So far, 8K programming is restricted to Japan’s NHK satellite service and major one-off events such as the 2020 Tokyo Olympics. Recently, Rakuten indicated it had plans to add 8K movies to its streaming service but these examples remain the tip of an iceberg that may take a long time to thaw.