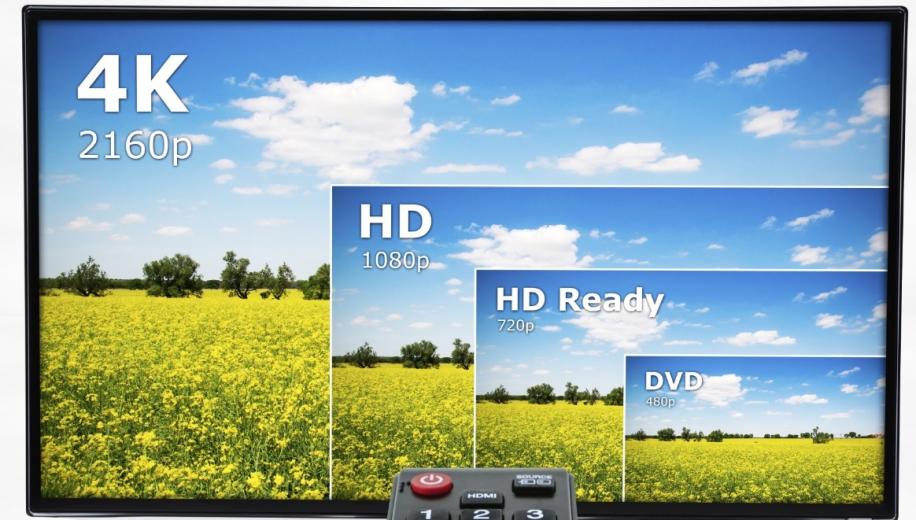 Two recent sets of figures have shown that, although there are more 4K TVs in the marketplace than ever before, a combination of user indifference and lack of 4K TV programming means that many viewers are still just watching HD content on them with some not even using the smart features.
The Entertainment in the Connected Home Study from Hub Research looked at 5,131 US TV consumers and was reported at advanced-television.com. It showed that 47% of all TV homes in the US now possess a 4K set but of those, only 55% use it to watch 4K content. The remainder use it as a regular HD set.

On the smart TV front, 68% of US TV households now own at least one smart TV but of those, 14% are not connected to the internet in order to achieve the smart functionality.

Viewing habits of those owners who were properly connected were examined and showed that over two-thirds of smart TV viewers watch streaming content at least weekly, while just under a quarter stream only occasionally and 8% never do.

Additionally, the adoption of smart TVs in the home did not preclude the use of an additional streaming device and 54% of smart TV owners also possessed a Roku, Amazon Fire TV Stick or similar

The study also probed future buying habits and found that 27% of purchasers intended to buy online only while the remainder planned on using online reviews as well as visiting a retail outlet as a way of researching and viewing model options.

Paul Gray, the Research & Analytics Director at IHS Markit, spoke to Advanced Television and explained that by the end of the year virtually all 55-inch TV sets and larger will be 4K. This means that almost half of future purchasers will be taking home technology that they will not fully use or benefit from because there is no alternative available.

No conclusions were drawn for this lack of interest in watching 4K but one reason could be down to viewer indifference in the image quality gains from HD to 4K or ignorance at how to set up the equipment or subscription services in order to receive a 4K signal.

The Entertainment in the Connected Home Study co-author, David Tice expounded, "With 4K TV sets, we see the classic case of capability leading content, similar to what was seen with high definition and 3D sets.” He went on, “With 8K TV sets and ‘Next Gen TV’ broadcast TV sets soon to debut, manufacturers must be careful that their technological ambitions don’t outstrip the ability of content creators and distributors to serve new platforms – otherwise consumers will tune innovation out.”

Interestingly, Tice’s last point feeds into a presentation given by IHT Markit at the recent DTG (Digital TV Group) Summit in London where issues over the limited number of UHD channels distributing 4K content and expanding screen size were raised.

Paul Gray noted that by the 4th quarter of 2018, over half the TVs shipped globally had 4K resolution with Western Europe seeing the greatest number shipped (63%) and the UK heading up 4K TV adoption.

While it will be almost impossible to buy a non 4K TV over 55-inches by the end of 2019, the smaller size of UK and European homes compared to US households could create some problems for the overall growth of 4K TV in these regions.

Options for smaller screen sizes will be limited as manufacturers try to maximise the small margins that even large panels provide by increasing shipments of them. As Gray explained in his interview with Advanced Television, this is being driven by the fact that the number of TVs per house in shrinking as families prefer using one large screen in the lounge for social and communal activities while they use phones and tablets for more personalised consumption.

Although figures showed a steady growth of UHD channels to 142 globally (a mix of commercial, demo and shopping channels) by the first three months of 2019, the overall spread is a mixed picture with Europe being reasonably well provisioned with 68 unique linear UHD channels compared to 20 in North America and 19 in Japan. However, the number of operators providing those channels is small, with six providers in South Korea, five in the Netherlands, and only two in each of the US, UK, Japan and Germany.