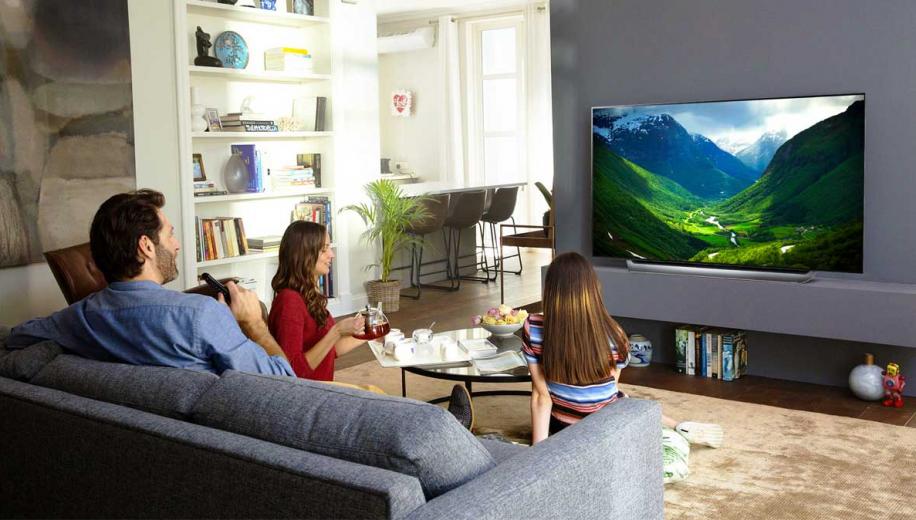 Only just over half of 4K TV owners in the US use them for viewing 4K material despite the availability of UHD content in their TV and streaming packages.
A recent Hub Entertainment Research survey, titled Evolution of the TV Set, reveals a disconnect between a significant number of 4K TV owners and the features they don’t take advantage of - chiefly, the watching of 4K content.

The survey interviewed 2,517 US consumers (including TV owning and non TV owning households) during May and June 2019 and showed that only 57 percent of 4K TV owners have watched UHD content.

Among the reasons given by the remaining 43 percent who owned a 4K TV but did not watch 4K content, the top two were not knowing where to find the material (30 percent) and wrongly believing they did not have access to such content (22 percent). Other reasons viewers gave included not believing they had the correct equipment (20 percent) while 18 percent were perfectly happy with their HD image. According to David Tice, co-author of the study, television technology is becoming more complex to consumers as they navigate terms such as 8K and HDR, “As smart TVs, connected TVs, connected devices, and TV voice-control devices proliferate, many new services and features have suddenly become available to TV set users.”

He further added, “But TV manufacturers and services have a long record of inadequately educating consumers on their offerings. TV brands and content distributors need to work together to increase consumer awareness, as these great new features won’t help sell TV sets or services—or command a premium—if people don’t understand them.”

Despite the surge in viewing video on mobile devices, TV remains the dominant viewing platform for news and entertainment in US households and the average home has 2.7 TVs and, in two thirds of those homes, at least one of those models is a smart TV. An overwhelming majority of 81 percent of respondents stated that watching TV took place in the main family room or lounge despite the presence of television sets elsewhere in the home.

Additionally, half of the TV sets in American homes are 50 inches or larger and almost half of homes have a streaming media player.

Awareness of Roku over Amazon Fire TV was clearly evident as a majority of consumers (59 percent) say they know at least something about the Roku brand of streaming devices while only 43 percent are familiar with Amazon’s Fire TV.

Away from the viewing experience, 37 percent of smart TV owners use it to stream music and a small group of consumers use the smart functionality of their TV to keep up to date with news, weather and traffic. Checking social media using the TV was also a significant pastime for 11 percent of viewers while 10 percent used the TV for viewing photos.

Do you find the number of 4K TV owners missing out of 4K content surprising? What do AVForums members think would help viewers locate more UHD content?